AirAsia plane climbed too quick and then disappeared

An AirAsia jet that crashed last month into the Java Sea climbed at an abnormally high rate, then plunged suddenly and disappeared from radar, according to Indonesia's transport minister. No distress signal was received. 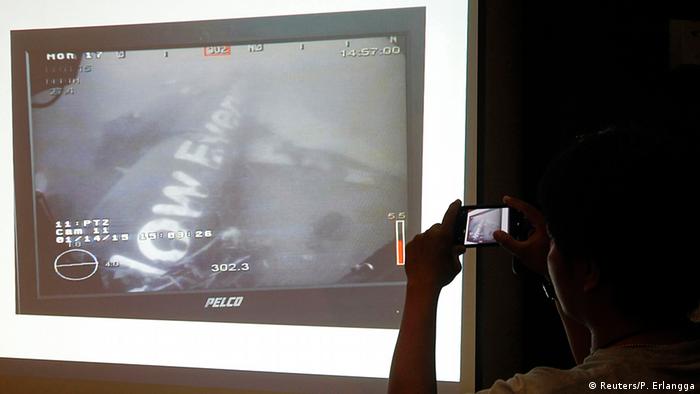 Air traffic controllers had denied the pilots permission to climb from 32,000 feet to 38,000 feet to avoid threatening clouds because of the heavy presence of other planes. Four minutes later, AirAsia Flight 8501 disappeared.

"In the final minutes, the plane climbed at a speed which was beyond normal," Jonan told reporters, citing radar data for the Airbus 320 on December 28. He added: "I think it is rare even for a fighter jet to be able to climb 6,000 feet per minute. For a commercial flight, climbing around 1,000 to 2,000 is maybe already considered extraordinary, because it is not meant to climb that fast."

After the plane disappeared, a huge international hunt ensued involving ships from several countries, including the United States and China. Survey ships have located at least nine big objects, including the jet's fuselage, in the Java Sea. Indonesian search teams have so far recovered just 53 bodies.

Last week a Singaporean ship located the jet's main body, and search teams hope they will now find many of the 162 crew and passengers, all but seven of whom came from Indonesia, with the rest hailing from South Korea, Malaysia, Britain, Singapore and France.

However, bad weather, high waves and strong underwater currents have blocked several attempts by divers to reach the fuselage.

Investigators will continue to analyze the data from the jet's black boxes before releasing a preliminary report. The comments by Indonesia's transport minister came after investigators said they would focus on the possibility of human error or problems with the plane having caused the crash, following an initial analysis of the cockpit voice recorder.

"We didn't hear any other person, no explosion," said investigator Nurcahyo Utomo, explaining why his team had ruled out terrorism. The National Transportation Safety Committee would now look at the "possibility of plane damage and human factors," he added, without giving further details.

The committee has also examined a wealth of information in the flight data recorder, which monitors every major part of the plane. Investigators plan to release a preliminary report on January 28.