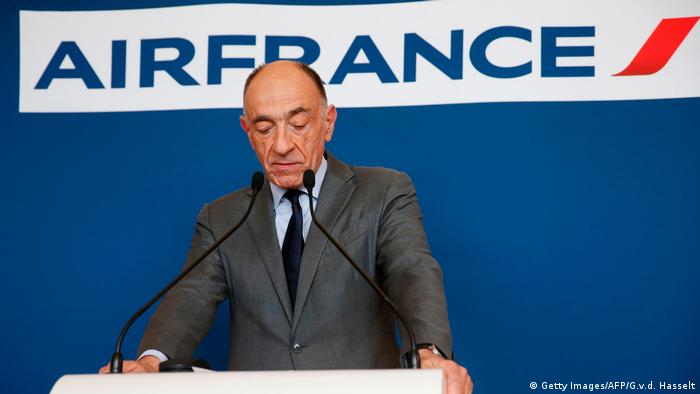 Air France-KLM CEO Jean-Marc Janaillac said Friday he would step down "within days" after staff at the carrier rejected a company pay offer aimed at ending a series of strikes in recent weeks.

Airline officials said 55.4 percent of employees voted against the pay deal that included a 7-percent pay rise over four years.

Unions kept holding out for a 5.1-percent increase in wages this year alone to make up for a pay freeze and inflationary effects since 2012.

"I hope my departure will enable people to take stock and to start on creating the conditions for a recovery," Janaillac said in a statement Friday.

The airline, which emerged from a tie-up between Air France and KLM Royal Dutch in 2004, earlier on Friday released quarterly earnings figures, announcing losses for the first three months of the year.

Strikes in recent weeks were responsible for huge additional in losses, the company said, with further industrial action planned for May 7 and May 8.

The first-quarter losses came despite strong customer demand, with passenger numbers up by 5.2 percent to 22 million in the January-to-March period.

Lufthansa upbeat despite half yearly loss

Lufthansa doing fine while others suffer