A Myanmar plane carrying 65 passengers has crash-landed in the eastern state of Shan, killing two people and injuring dozens more. Officials have said that an engine fire may have forced the emergency landing. 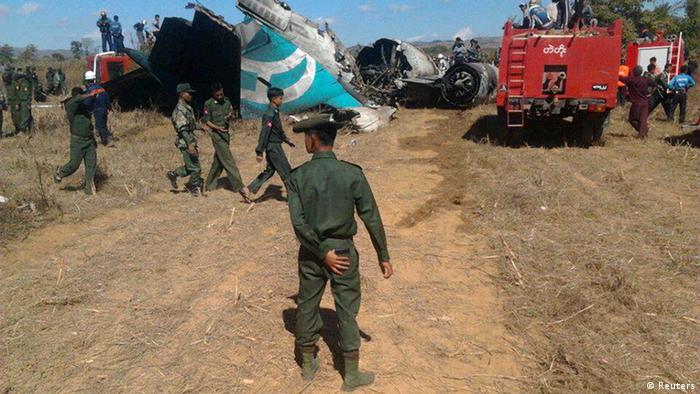 The plane, a Fokker-100, was forced to make an emergency landing two miles (3.2 kilometers) from Heho airport, according to the aircraft's carrier Air Bagan.

"One passenger who was missing was found dead inside the plane. We are still trying to identify who the dead passenger is," the carrier announced in a statement posted on its Facebook page.

The victim was an 11-year-old child, according to the information ministry, which added that four foreigners were among those injured.

Another person was killed when the plane struck a motorcycle on a road near the airport, it said.

The cause of the incident were not immediately clear, but a government official said a fire was reported in one of the engines at around 9 a.m. local time (02:30 GMT).

The two pilots were taken to hospital, however their condition was not immediately known, Air Bagan spokesman Ye Min Oo said.

"The cause of the accident is not clear yet. Only the pilots will know the cause, but we can't contact them yet as they have been sent to hospital," he said.

The government announced Wednesday it is launching an investigation into the crash.

Following a slew of recent political reforms, Myanmar, also known as Burma, has seen an influx of tourists and business travellers after decades of military rule kept them away. Air Bagan is one of several domestic carriers seeking to profit from the new tourist boom.

Air Bagan was the country's first privately run carrier when it was established in 2004 and is owned by Tay Za, a tycoon with links to the former military government.