The United Nations has said the earthquake that hit Nepal on the weekend has affected 8 million people. The death toll has passed 5,000 and could rise sharply as aid workers struggle to reach remote villages. 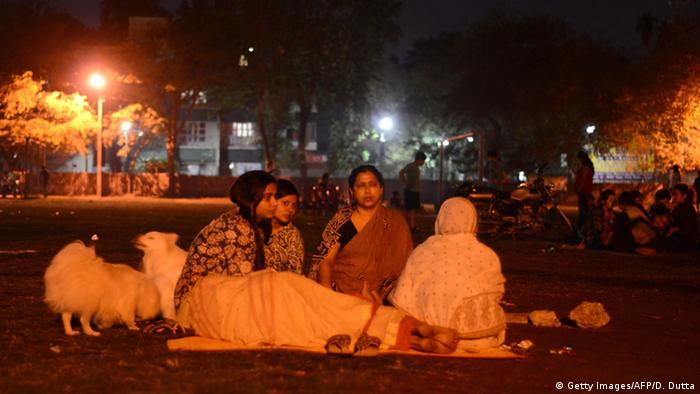 The UN's resident coordinator in Nepal, Jamie McGoldrick, told reporters in Kathmandu on Tuesday that of the estimated 8 million people affected, 2 million were in the 11 districts hardest hit by Saturday's 7.8 magnitude earthquake, which caused extensive damage and killed thousands.

Many more casualties were feared as the scale of destruction in small remote villages at high altitudes was just beginning to become clear.

"Our big challenge now is getting out of Kathmandu and into the more affected areas, the epicenter," McGoldrick said.

"We know the major roads are open, but take those roads to the smaller villages - the very high altitude, rough terrain, and the challenges of getting to these areas is significant," he said, adding that UN officials believe nearly half of those living in the hardest-hit areas had been made homeless.

Getting aid to remote villages is proving to be a challenge not just due to the damage caused by the earthquake.

The UN World Food Programme attempted to send a convoy of trucks carrying aid north from Kathmandu to some of the worst affected areas, but it was held up by heavy rain.

"This rain has caused a landslide that has blocked my trucks. I can maybe get one truck through and take a risk driving on the dirt, but I think we'll have to hold the materials back to try to get them out tomorrow by helicopter," said the WFP's Geoff Pinnock, who was leading the convoy.

Many countries, including Germany and other European Union countries have stepped up with pledges of urgently needed food, medicine and other forms of aid requested by Nepal's government. However, getting the aid to Nepal has also proved to be a challenge for some.

The German Red Cross (DRK) said that a plane loaded with 60 tons of aid, including tents, blankets and hygiene kits, which had been meant to depart for Kathmandu late on Monday, remained on the ground in Berlin.

"Our hands are tied, we still have not received clearance to fly through Indian air space," DRK spokeswoman Alexandra Burck told the DPA news agency. She said DRK had been told that the skies on the route over to India were simply too full. The plane's crew hoped to be able to set off later on Tuesday, she said.

Meanwhile, the official death toll from Saturday's quake has climbed above 5,000. Nepal's National Emergency Operation Center put the figure at 5,057 on Tuesday. More than 10,000 people have been injured.

Tens of thousands of survivors prepared to spend another night in tents or in the open, as even if their homes remained intact, they feared that they still could collapse in an aftershock.

As the search for survivors continues, Nepal's government has declared three days of mourning. More than 4,000 people died in the massive earthquake at the weekend, with eight million affected across the region. (28.04.2015)

The search for survivors continues in Nepal as the death toll rises above 4,000. Aerial pictures have shown entire villages near the epicenter completely destroyed. (27.04.2015)