Vickie Remoe is a young, ambitious media entrepreneur who views Africa's national borders as a spur to corporate success rather than an obstacle. DW meets a determined diplomat's daughter from Sierra Leone. 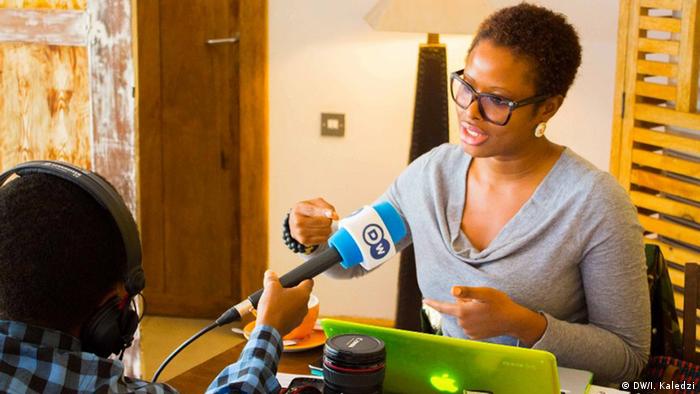 Vickie Remoe is a great believer in mobile offices. "I never buy office space. We camp out in hotel lobbies," she said. "They have constant electricity and they have internet." Renting office space, Remeo explained, is an added cost you need to avoid as an young entrepreneur. 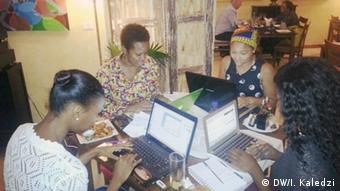 After completing her university education in the United States, Remoe decided to return to Africa. She settled in Ghana in 2012 and began creating the magazine Gowoman, one of the few publications in the region that promotes women's issues, which first hit the newsstands this year.

She is convinced that entrepreneurs in Africa are full of talent and ambition. The problem is finding financial backing. "There are a lot of activities involving start-ups and incubation entrepreneurship in Africa, there is a lot of talk and activity, but there isn't always a lot of funding to support the activity," she said. 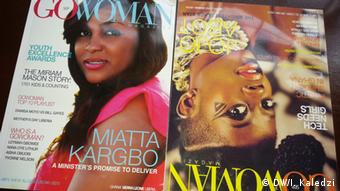 One of the few African publications to tackle women's issues

Access to credit can be difficult because of high interest rates. "You end up relying on your family, your network and you have to be extra innovative to be a successful entrepreneur in Africa," Remoe added.

Remoe started her business with less than $1,000 (730 euros), money that she had saved or that she had received from family and friends. Now she has a staff of five - three full-time, an intern and a graphic designer on contract.

Remoe now wants to expand beyond Ghana and her home country Sierra Leone. She wants to set up offices in Liberia and Nigeria - mobile ones, of course!

Surf's up in Sierra Leone

When we think of surfing in Africa, it's usually images of South Africa and its high waves that come to mind. In West Africa surfing is not so common but the tiny country of Sierra Leone could be the next hot spot. (14.02.2014)

Ghana’s President John Mahama has said the country needs to make fundamental changes to its economy if it is to protect its currency. The cedi has dropped to a record low on foreign exchange markets. (13.02.2014)