Weak global growth and a slowdown in demand from China have forced African economies to diversify and strengthen regional ties, says IHS Africa analyst Natznet Tesfay in an interview with DW's Manuela Kasper-Claridge. 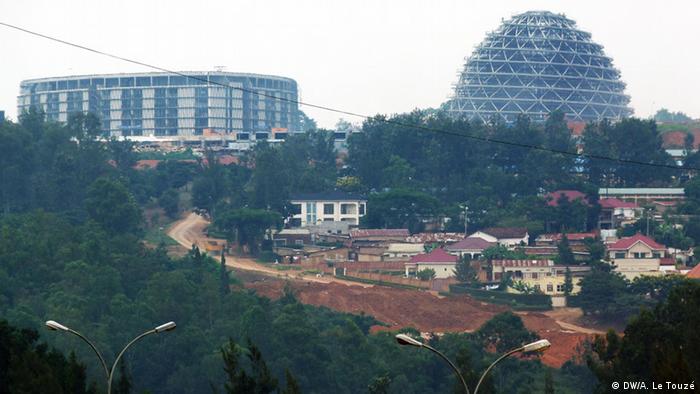 The interview was conducted by the head of DW's Business and Science Department, Manuela Kasper-Claridge, on the sidelines of the World Economic Forum meeting, currently being held in Kigali, Rwanda.

DW: What is your assessment of the state of African economies, particularly as the global economy is currently affected by a downturn?

Natznet Tesfay: African economies that are not as reliant on key commodity exports or natural resources in particular, are finding this is actually a period in which they can gain. Lower commodity prices mean cheaper imports and savings that could support more long-term growth like in infrastucture, building a manufacturing base, services. In countries like the major oil producers, they are heavily affected by it, its affecting their ability to meet payment obligations; it's affecting their access to currency. But you are finding that governments are already responding, either in the form of austerity measures, or stimulus plans to look at how their economic policies can be more responsive to the current realities. The key step in going forward is in ensuring that the growth is much more diversified, not just in rhetoric but in actual policy as well.

Does diversification also mean going toward more sustainable growth in the long run?

Part of it is including sustainable growth. Sow when you look at the role of power provision… it is seen as one of the opportunities investing in renewable power specifically in solar and grid projects. That is seen as being a key measure that could help with rural electrification campaigns. So this is where you are providing infrastructure using a renewable resource.

Which are the countries that are doing particularly well, apart from those in East Africa?

Outside of East Africa, there is Cote d'Ivoire which is an interesting example. It's one of the leading sources of coco for the world's markets. It looked at how to move from exporting raw coco to manufacturing chocolate. So it's not manufactured in Europe but in the same place where you source the raw inputs. And so you've seen that that's helped in making it more resilient, and it's also helping it build an industrial base. So that's an encouraging story.

In Senegal you have the president's plan "Emergence" - a plan to invest in critical infrastructure in order to allow Senegal to emerge and have a more robust economy.

East Africa is interesting because it's moving at a more rapid pace toward economic integration. So not only do you have governments focusing on critical infrastructure but also they are more focused on harmonizing their economies so that you have more integration and achieve economies of scale if you look at industries that have been set up in this region.

What does economic integration actually mean for them, and what countries are already integrating their economies?

You do have a number of regionally integrated economies in the two Franc unions - the West Africans and the African Franc Union - they are integrated using a common currency.

You have ECOWAS, which allows for the free movement of people and goods.

In East Africa they're focusing on a single customs union and they are also looking at integrating infrastucture provision. We've also seen that with the project between Abidjan and Cotonou in West Africa.

In southern Africa, you have the Southern African Customs Union and the Development Community - they are mostly regional efforts, they are moving at different paces and they are focusing on different priorities. That's why they are not necessarily on the same trajectory, which is probably more resilient because it's more responsive to their contexts. But there's general acceptance that everyone is starting to integrate their economies because it will build more resilience. So for example part of the economic issue Africa is facing right now is China's slowdown. That's because their economies are so oriented towards China… what if they were to start trading more amongst themselves, that would make them more resilient. So diversifying not just with regard to your industries but also with your trade partners and sources of investment.

Now we are at the World Economic Forum meeting in Rwanda. Is Rwanda a role model for an economy growing in a sensible way?

It has a very clear plan and pathway, and you see that the government is pursuing that what it has said it will set out to do. So for a foreign investor it is very encouraging to see that there is transparency and a track record that they can follow. It's focusing on presenting itself as a service hub, so it's likely to increase its industries in that space. In the financial services, in the medical services, in technology and communications other countries are taking a different strategy to go forward. Rwanda has looked at what its competitive advantage could be and it's created a strategy based on that. It's taking this step by step. But as I've said we've seen this in countries like Cote d'Ivoire and in Ethiopia, so it's not specific for Rwanda. But you see these countries coming into their own, with their own policies once that they can meet with their own resources, and the support of external actors. But it's being driven by them.

Natznet Tesfay is the head of research group IHS Africa Country Risk team and is responsible for IHS data, analysis and forecasts on political violence and the political economy in Sub-Saharan Africa.