German Development Minister Gerd Müller has been canvassing support for his 'Marshall Plan with Africa' at the African Development Bank in Ivory Coast. Some bankers thought his discussion paper lacked detail. 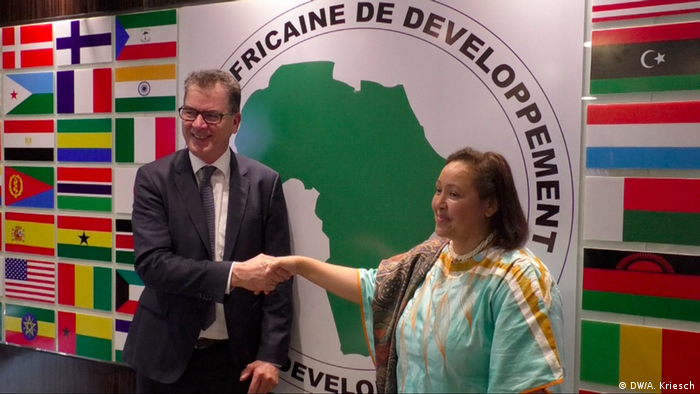 In the modern premises of the African Development Bank (AfDB) in the Ivorian commercial hub of Abidjan, around twenty board members are gathered around an enormous table. Almost all of them are bankers with years of experience in development finance. They meet every week to discuss applications for loans, around 300 every year. Last year they disbursed almost $11 billion (10.5 billion euros) in credit.

At this particular meeting they have a guest. He is Gerd Müller, Germany 's development minister, who has been expounding on his African "Marshall Plan." This is a 30-page discussion paper which envisages "a new level" in development cooperation with Africa in the areas of economic development, trade, education and energy. Müller is seeking partnership with Africa, that is his reason for his presence in Ivory Coast, he explains. "I see you as the voice of Africa," Müller tells the bankers."You are the experts."

The experts thank Müller politely for his display of initiative and his engagement with Africa. Then come words of criticism. "The strategy and the vision covers a lot of ground. I think the focus needs to be narrowed," said one board member. The plan concentrates on creating jobs for young people and offering them a better future. "Is 'Marshall Plan' really the right name for this?" the board member asks. "There aren't enough figures," another banker observes. "Exactly how much could Germany contribute?" 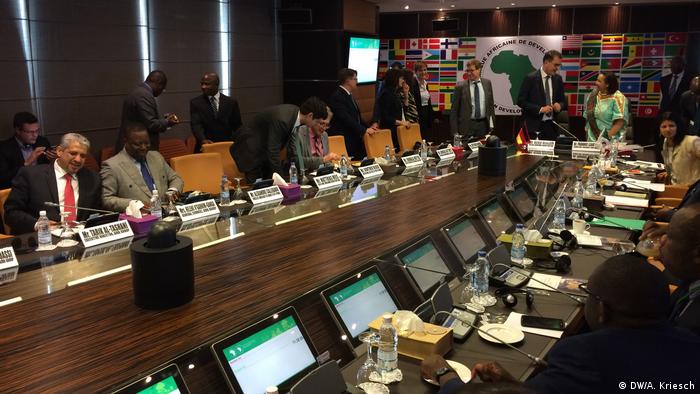 Closer cooperation instead of capital injection

Unlike the original Marshall Plan, which was enacted in Europe shortly after the end of World War II, Müller's plan does not foresee handing out billions of dollars in loans. Instead, he wants to overhaul development aid, work closer with development partners and hold Africa's elites more accountable for their actions. Müller wants to stop the illegal flight of capital out of Africa and close down the tax havens being used by multinational corporations. Boosting Africa's private sector is also a key component of the German minister's scheme. Unfair trade barriers would be dismantled and African products given better access to European markets.

"I must take you up on that point, Minister," said a banker from Nigeria. "Everybody at this table knows that the current agriculture policy is unfair to Africa. Statistically speaking, a cow in Europe receives more in subsidies than a farmer in Africa." Müller nods but the question as to how exactly he intends to bring about a fairer system remains unanswered.

Müller's plan is currently just a discussion paper drawn up by the development ministry. He has no influence over trade policy, even though he may wish that he did. Many of his ideas have been bandied about in development policy circles for years, prompting  Müller's critics to describe the name "Marshall Plan" as misleading. Others believe that it is a brilliant move, because it guarantees Africa and Müller's ministry a lot of attention in Germany. 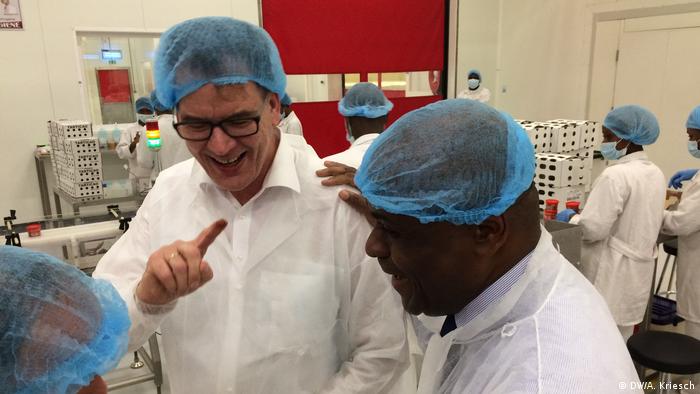 German policymakers have started taking more interest in Africa since the start of the migration crisis. Finance Minister Wolfgang Schäuble wants to seal investment partnership agreements with selected African countries within the framework of Germany's G20 presidency. Chancellor Angela Merkel who has already made trips to Mali and Niger - both of which are on the migration route - is now visiting Egypt and Tunisia. Müller is trying to drum up support for his "Marshall Plan" both inside and outside Germany and has received backing from the president of the European Parliament, Antonio Tajani.

Müller's ideas fit in well with the AfDB's priorities, said Senior Vice-President  Frannie Leautier. It is also in line with the goals of the African Union. Müller stresses that it would a "Marshall Plan with Africa." "I think the words "with Africa", are very important, Leautier, herself a banker from Tanzania, said. "It is the first time that something is being done about Africa and with Africa," she added. She also welcomed the proposal for the creation of a European Union Commissioner for Africa.

Müller hopes that cooperation with the AfDB will lead to new financial products and financial risk management instruments which will help boost investment and the African private sector. One example would be a loan program for young entrepreneurs. "We are moving in the same direction and the bank is an important strategic partner," Müller told DW. With regard to the financial instruments he would like to see developed, there is a large measure of agreement between himself and the bank's executive management, he said.

But what about the criticism that was voiced by the board? "Journalists only hear the two percent that is criticism. Criticism is stimulating - and highly desirable," Müller said. But the development minister barely addressed the criticism directed at him and so a number of board members are no doubt still wondering how he is going to implement certain aspects of his plan. How is he going to reduce dependency on donors or boost industrialization? Or work together with overstretched public administrations which have little interest in reform? "We are aware of a number of initiatives that were launched in the past and didn't lead anywhere," one banker said. Müller's "Marshall Plan" was a good basis for discussion, but was in need of improvement. He wished Müller "much success and courage" in pursuit of this idea.