At the Africa Roundtable forum, decision-makers from politics, business and civil society will discuss new ways for Europe and Africa to work together. Experts urge a change of course and a focus on job creation. 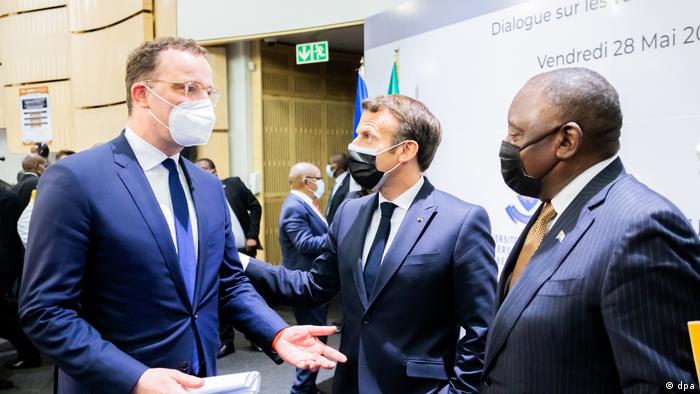 Politicians, business people and civil society representatives are meeting for the first Africa Roundtable in Berlin on Wednesday. The declared aim of European and African politicians is to strive to form a partnership of equals once the coronavirus pandemic is over. The event organizers, the Global Perspectives Initiative (GPI), wrote that both Africa and Europe have been hit hard by COVID-19, but added that the crisis also represents an opportunity for change. Their goal is to discuss in "constructive dialogue" what joint reform packages can be forged to build up resilient and sustainable economies.

'Africa is on the rise'

"The neighboring continent offers opportunities in every respect and should top the European Union's agenda," according to GPI CEO Ingrid Hamm. It is her mission to get Germany to take on more responsibility for international aid and development. "Africa is on the rise. Soon we will see Africa in the way we saw Asia 30 years ago," the GPI co-founder said. According to Hamm, there is a mood of optimism on both sides. She said that while Europe has agreed on a green deal, Africa is striving for a green transition. These goals, Hamm added, should be interlinked as the two continents seek to rebuild their economies after the pandemic. 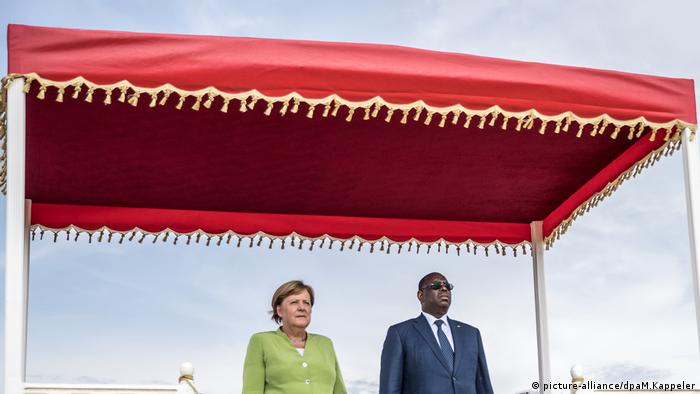 Hamm said the focus is being placed on autonomy and African solutions. Senegalese President Macky Sall also champions these aims. He will be opening the online talks together with German President Frank-Walter Steinmeier and Ngozi Okonjo-Iweala, the director-general of the World Trade Organization (WTO).

"Europe needs Africa and vice versa. We have to work together as partners with mutual respect," Sall told the German TV station NTV in an interview before the COVID-19 crisis. "We are not asking for help. That will not help Africa's development. We know what we have to do. We want access to the financial markets under reasonable conditions."

The call for support to build up industry, create new railway lines and a dependable electricity network have also found numerous backers during the pandemic.

A new version of globalization

WTO Director-General Okonjo-Iweala is calling for a revival of the free trade zone and a new version of globalization, which better integrates African markets and links them to sustainable value creation chains.

Africa Roundtable participant Mo Ibrahim, a Sudanese mobile phone operator and founder of the Mo Ibrahim Foundation, recently spoke out in favor of establishing more innovative models of economic growth and job creation after the pandemic. Peace and security were also vital to this project, according to Ibrahim.

He was also optimistic about French President Emmanuel Macron's announcement in May that more affluent nations aim to boost the African economy with billions of euros of assistance. Macron is also calling for patents on vaccines to be waived to enable the production of vaccines in Africa. Paris has also just canceled Sudan's entire debt to France.

But Robert Kappel from the University of Leipzig said he thinks Macron's plan will just trigger a new avalanche of debt.

"This plan is very problematic because it again relies on the old formulas: macroeconomic liberalization, privatization, more commitment to debt management," the Africa analyst said. But this, Kappel told DW, is not enough to rid Africa of its grave problems: "It cannot solve the climate crisis, the job crisis is extreme. Every year 20 million people look for jobs on the continent, but only 5% of them can be employed."

Kappel said he sees a need to develop small- and medium-sized enterprises and pharmaceutical companies. "There is a gap here," he says. 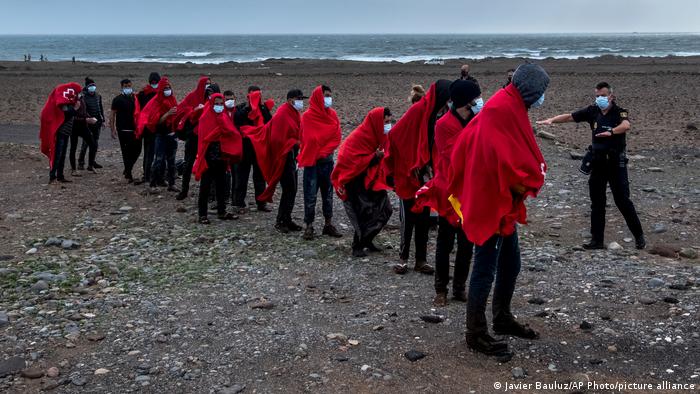 Not yet on course for a reset

Unequal trade and economic relations drive more and more people to migrate —  and feed political and armed conflicts. Kappel said the EU has to acknowledge that it has not effectively fought terrorism in the Sahel region. That is an important building block that is missing, he adds. The EU does not have any reasonable plan to achieve a reset there, according to the Africa analyst.

In Kappel's view, Africa dropped off the EU's agenda quite some time ago: "It failed to provide any new impulses. The EU continues to use the old concepts to work towards retaining postcolonial relations without bringing any new impetus to discussions."

He said the EU has been more preoccupied with its own problems. "Europe has to make a restart. There is no way around that," according to the economist. Hopes are now being pinned on the postponed EU-Africa summit that is due to start in the fall.