Kenya's game against Senegal on Monday is a final of sorts. The winner will make the knockout rounds. The nation is hoping Victor Wanyama, the idol of a generation, can guide them to victory. 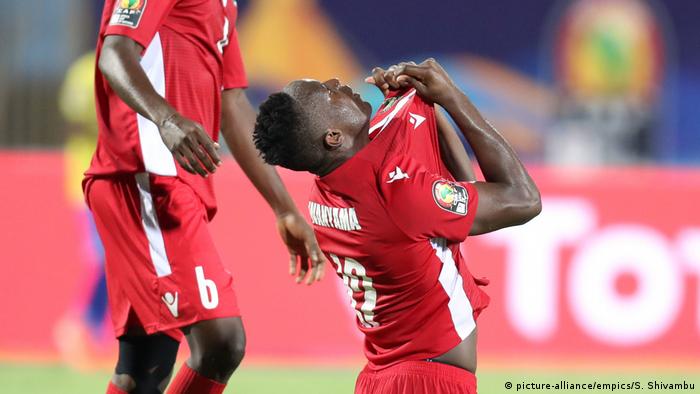 Victor Wanyama was one of the last players to wander through the mixed zone of the 30 June Stadium in Cairo. The midfielder took a deep breath before talking to journalists. Kenya had twice come from behind to beat neighbors Tanzania 3-2. It had been a real fight.

"I am so proud of this team. We showed fight and character, and we proved that we are a really good team when we work together," Wanyama said. With three points from two games, Kenya's final group game against a Senegal team on the same points tally is effectively a final to decide who will make the knockout rounds.  "We're outsiders, clearly. But if we fight like this again, then they first have to beat us," Wanyama said.

Carrying the hopes of the nation

Wanyama, who celebrated his 28th birthday last week, is an icon in Kenyan football. He's not just the best player and captain of the team, he's also carrying the hopes of an entire generation of young football hopefuls in the east African country. His history shows what is possible when you put your mind to the pursuit of a goal.

Wanyama grew up in humble conditions. Raised in Mawe, a railroad district of Nairobi where his mother had a job, Victor, who has 10 siblings, preferred to play football than go to school. On dusty pitches, Wanyama would always play barefooted until his feet bled. When he got his first pair of football boots, it took him a while to adjust to them. "We had to convince him to get used to them," his father Noah told Kenyan newspaper "Daily Nation". 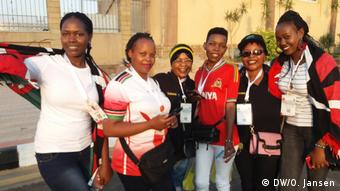 Kenya fans are hoping Wanyama can lead the team to glory

Noah Wanyama used to be a football player in Kenya and can be very proud of his children. Victor played in the 2019 Champions League final with Tottenham against Liverpool, but he wasn't Noah's only son to achieve that feat. MacDonald Mariga, Victor's brother who is four years older, was in Inter Milan's team when they won the 2010 Champions League with Jose Mourinho.

"Victor is a huge strategist on the football field," Noah said of his son, who made his international debut aged 15. Back then, in 2007, he was brought on for Kenya against Nigeria. Since then, his absence from the team is unthinkable. He is a thinker, the conductor in holding midfield and, since 2013, the captain of the team." 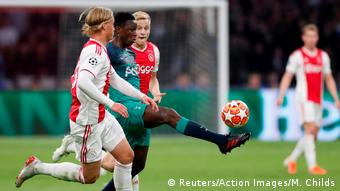 Wanyama made the Champions League final with Tottenham this season

That being said, Kenya have largely been a developing team in Africa. Great success has escaped them as they have qualified for six Africa Cup of Nations tournaments, but never made it past the first round.

It was clear for Wanyama that in order to further his career, he needed to leave his home country as soon as possible. And that is how he ended up in Sweden and Belgium before playing for Celtic. In 2013, he became the first Kenyan in the Premier League when he signed for Southampton.

Friendship with Mane on pause

Since 2016, Wanyama has played for Tottenham. Qualification for the AFCON though, remained something close to his heart: "This was always my dream. I wanted to be here," Wanyama said. Now he is here, and now he has to lead his team to victory against Senegal to secure a spot in the knockout rounds.

For Wanyama this game is special, because he will face off against his best friend Sadio Mane. Between 2014 and 2016 the two played for Southampton. "We became really close friends there," Wanyama said. "But we have to put our friendship on pause for 90 minutes."