Afghan women use abortion as a way out

Birth control is taboo in Afghanistan, the country with the highest birthrate in Asia. Many women resort to abortion illegally so as to avoid being socially ostracized and to prevent the family from becoming too large. 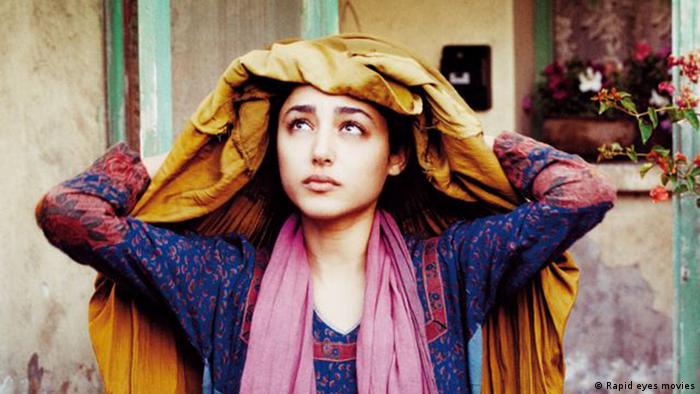 "I swallowed medicine to abort the baby," says Lina, which is not her real name, quietly. She does not regret her decision because she is certain she had no other choice. "My husband was jailed after being accused of being involved in an attack. I was already pregnant."

"My family felt ashamed and said that everyone would ask where the child came from," she adds.

Lina is in her early twenties and lives in a small village in eastern Afghanistan. Society is extremely conservative and strict rules prevail, with women usually bearing the brunt. Lina was aware that her dishonor - even if based on rumor - could have brought death to the whole family, as it would have been seen as a massive disgrace.

She told DW she knew many people who had aborted a pregnancy. "You just go to the doctor, get the right pills from the chemist and after some time the child dies."

Yet abortion in the Islamic Republic of Afghanistan is illegal unless the mother's life is in danger or there is a risk of the child being born with severe disabilities. Otherwise, jail sentences and fines are standard punishments for abortion.

Rape and incest are not seen as sufficient grounds for an abortion, says Malika Paygham, a doctor based in the city of Herat in western Afghanistan. "If mothers or children have health problems, a gynecologist and three general practitioners can carry out an abortion after a counseling session." Moreover, a doctor has to give permission, as does the council of religious scholars. 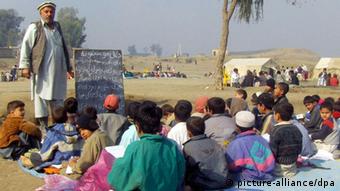 "I know that it is murder to abort a child," says Lina. "But I thought I would either kill myself or kill my child."

She already has three other children. She grew up under the impression that this was the job an Afghan woman had to do.

Afghanistan has the highest birthrate in Asia. The average woman has five children. According to the traditional mindset, a large family secures the survival of a family - boys are particularly cherished.

However, many children would prefer to have fewer children or none at all but a lack of information about contraception prevents this. UNICEF statistics say 79 percent of Afghan women do not use contraception. "Abortion is the only form of contraception that they know," according to Adela Mubasher from the World Health Organization in Afghanistan.

"But because it's illegal they tend to turn to traditional midwives and this implies great risks as they are often not educated and do not know how to deal with bleeding or complications."

To avoid this, some women turn to expensive private clinics that are known for conducting abortions. "Often young women become pregnant before marrying and want an abortion," says Mohammad Hashem Wahaj from the private Wahaj hospital in Kabul. "We have a license from the ministry of health and stick to the rules." The health ministry confirms that clinics are informed about the law.

Despite some efforts to improve the situation, health structures for women in Afghanistan remain inadequate. Across Afghanistan, every two hours a woman dies due to pregnancy-related causes according to UNICEF statistics. Under the current conditions, approximately one in 50 women in Afghanistan has a lifetime risk of dying due to such causes. 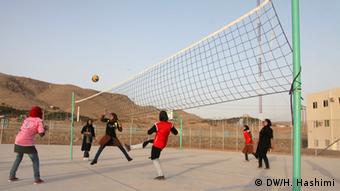 "There isn't enough qualified medical staff," criticizes Severine Caluwaerts, a gynecologist with Doctors without Borders. "A male gynecologist is not accepted and there are very few female doctors."

That's why she and her colleagues have set about raising awareness. "We offer women counseling on health and family planning because we know that this can help them save their life and that of their children."

Lina agrees that there has to be more debate. Social taboos should not be a reason for so many abortions in Afghanistan. "I want the media and the Islamic authorities in the country to talk more about family planning."

Although women's rights in Afghanistan have improved since the US-led invasion in 2001, the recent surge in violence has led many to fear that these gains may be forfeited once foreign troops have left the country. (25.03.2014)