Afghan at Center of Spy Affair Says Life at Risk

The Afghan government is clearly upset by revelations that Germany's foreign intelligence service (BND) had been spying on the country's trade and industry minister. It says it will approach Berlin in the next few days. 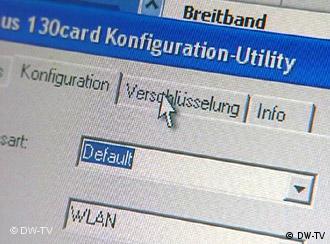 The storm is growing over e-mail monitoring in Afghanistan

News broke at the weekend that the BND had read e-mail correspondence between Der Spiegel reporter Susanne Koelbl and an Afghan politician between June and November 2006, sparking outrage because of the breach of press freedom.

It only emerged on Thursday (Apr. 24) that Trade and Industry Minister Amin Farhang was the actual target of the operation. No explanation has been given for why he was under scrutiny.

Farhang, who lived in Germany for a number of years, has told the German newspaper Neue Osnabruecker Zeitung that his life was now at risk because the measure implied that he was co-operating with hostile forces.

"Because of this absurd lie that I'm some kind of double agent, my life and the lives of my family are in great danger," he said. "I could be shot on the street tomorrow," he added.

Kabul is "disappointed" about the spying revelations 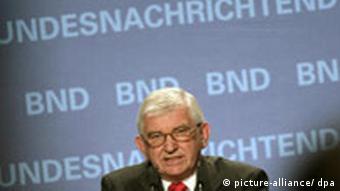 Kabul has declined to comment directly on the events, but Afghan Foreign Minister Rangeen Dadfar Spanta told the Financial Times Deutschland (FTD) that his government would bring up the matter with Berlin in the next few days.

The FTD reported that government sources spoke of "disappointment" about what had happened and the fact that neither the government or the BND had been in contact with the targeted minister to apologize over the affair, or explain why the surveillance had been carried out in the first place.

But the foreign ministry in Berlin said on Friday (Apr. 25) that relations with Kabul remained "close." Spokesman Martin Jaeger said Kabul had not made any official request for an explanation, nor had the German ambassador to Kabul been summoned to discuss the issue.

On Thursday, the chancellor's office ordered disciplinary measures to be taken against three intelligence service members, including the chief-of-staff of BND head, Ernst Uhrlau, as well as the head of the department responsible for the spying operation.

Uhrlau, who faced a second of questioning Thursday by a parliamentary oversight committee (PKG), had faced calls for his resignation over the spy scandal. But the PKG has stopped short of demanding he step down.

BND chief's head does not roll 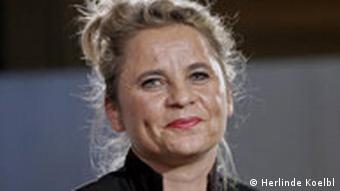 Uhrlau apologized to journalist Koelbl, but apparently not to the Afghan minister

The committee condemned the fact that Uhrlau had not informed the government or parliamentarians about the monitoring of the Der Spiegel journalist, but that this activity did not mean that he should quit.

"The trust between the parliamentary committee and the leadership of the BND is damaged," committee chairman Thomas Oppermann (SPD) said in a statement.

Opposition members of parliament said the issue was not so much Uhrlau's position, but concern that the intelligence services were running out of control as a result of concerns on international terrorism.

Max Stadler, of the Free Democrats, said the BND was in danger of becoming a "state within a state".

As well as the diplomatic ramifications of this affair, the activities clearly breach Germany's Basic Law on press freedom.

German news weekly Der Spiegel announced on Thursday that it was considering legal action. "In view of this renewed serious breach of press freedom, Der Spiegel has decided to look at the legal and constitutional implications of this case," it said.

The chairman of the Association of German Journalists (DJV), Michael Konken, accused the intelligence services of "developing a James Bond mentality."

Two years ago, the BND admitted spying on journalists to discover their sources -- but apologized calling it a one-off. This week, another journalist who had worked in Afghanistan said he was told that he was being bugged by a senior diplomat.

Germany's Foreign Intelligence Service (BND) has been investigated in connection with revelations that the agency spied on a German journalist working in Afghanistan. The BND chief, however, will not step down. (24.04.2008)

Germany's foreign intelligence service acknowledged, and apologized for, having spied on a German journalist. It's not the first time German agents have been caught keeping tabs on reporters. (21.04.2008)

Opinions Split Over Dissident Who Fell for the Enemy

A German TV movie about a political prisoner who falls in love with her interrogating officer in the early 1980s drew angry accusations ahead of its screening that it humanized the dreaded East German secret police. (17.04.2008)

What do you think about the BND's activities? Send us an e-mail. Please include your name and country in your reply.