AFCON 2021: The unraveling of Algeria

The Fennec Foxes had gone into the tournament as favorites with an unbeaten run dating back to 2018. However, they failed to win a single game and are on their way home after the group stage. 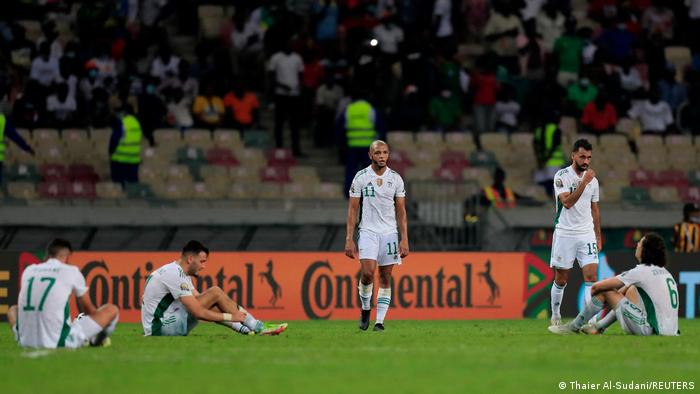 Things could hardly have gone worse for Algeria in Cameroon

It was supposed to be another opportunity for Algeria to show their superiority at the Africa Cup of Nations (AFCON). The "Fennecs" waltzed their way to victory in 2019 as they dominated their opponents with a brand of offensive football and defensive solidity that saw them top their group without conceding and only conceded two goals in the knockout stage. They defeated Senegal 1-0 in the final to win their second title after 1990.

They arrived in Cameroon just weeks after having won the FIFA Arab Cup in Qatar and with an unbeaten streak dating back to 2018.

A week before the AFCON started, Algeria defeated Ghana 3-0 in a friendly in the United Arab Emirates. They were high on confidence. Every team feared them and wanted to avoid them in the knockout stage.

However, by the time the tournament started, they had lost steam, or so it seemed. The Fennecs opened their campaign with a goalless draw as they were held by a hard-fighting Sierra Leone who last appeared at the AFCON in 1996. This was to set the tone for the rest of their campaign.

The defending champions faced Equatorial Guinea in their second game, and were expected to roll over the 114th-ranked Nzalang Nacional to kick their tournament back into life. But a shocking 1-0 defeat left Algeria on the brink of elimination having not scored a single goal with a forward line that included Manchester City's Riyad Mahrez. Everything was on the line when they faced the Ivory Coast in the final group game on Thursday in Douala, Cameroon's largest city. The once-feared Fennecs had lost their air of invincibility, and conceded two early goals, Mahrez missed a penalty and they left it until the 73rd minute to score their first goal of the competition. This would turn out to be merely a consolation goal in a 3-1 defeat. It was simply too little, too late; they had crumbled under the weight of their own expectations.

Debutants Comoros needed an unlikely miracle to reach the round of 16. It seemed too much to ask, there had to be a winner in the game between Sierra Leone and Equatorial Guinea while Ivory Coast needed that victory over Algeria for the Coelocanths to punch their ticket as one of the best four third-placed teams. 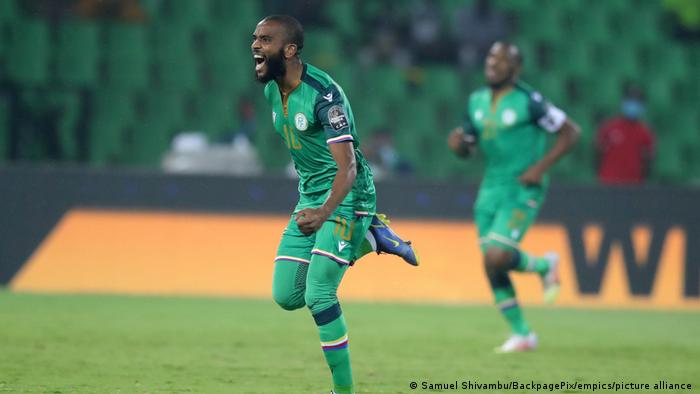 Despite their -2 goal difference, everything fell in line for Comoros. The results worked in their favor and they made it through to the knockout phase in their first appearance at the competition. Algeria's unlikely defeat had opened the door for the debutants, it was the miracle they needed.

With a population of 850,000 people, Comoros is one of the smallest countries in Africa. Yet, they defeated four-time winners Ghana, sending the Black Stars packing 3-2. Now they move on to face hosts Cameroon, where their luck could be set to run out. Or could their fairy-tale journey possibly continue? We'll find out on Monday.