A brace from newly crowned African Player of the Year Riyad Mahrez saved Algeria from defeat to unfancied Zimbabwe in their African Cup of Nations opener. In Sunday's late game, Sadio Mane helped Senegal to victory. 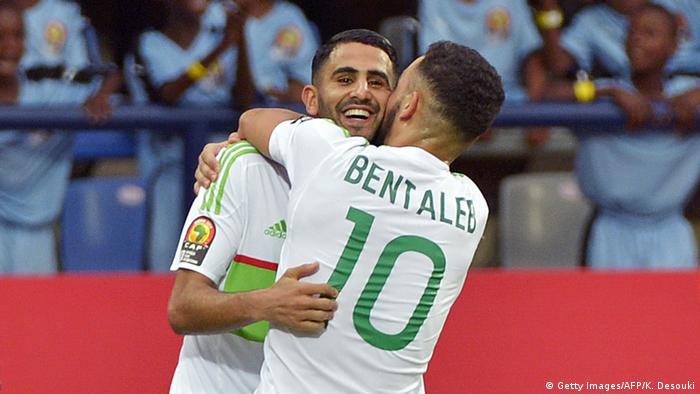 The Leicester City winger opened the scoring for Algeria in the 12th minute. He picked up a pass from club teammate Islam Slimani on the right flank before drifting in to the box and curling into the opposite corner with his left foot.

But Zimbabwe fought back just five minutes later. Some neat interplay saw the ball worked to Kudakwashe Mahachi on the left and the midfielder drilled a firm shot across the keeper to restore parity.

His side took the lead soon after, when a foul by Algeria's Mokhtar Belkhiter's gave Nyasha Mushekwi the chance to score from the spot. The striker, who plays his club football in China, made no mistake.

Pre-game favorites Algeria fought back strongly and struck the bar twice as they desperately sought an equalizer. It was their main man who came to the rescue, with a long distance shot that slipped through keeper Tatenda Mukuruva's grasp.

Senegal play Tunisia in the second game of Group B tonight.

Sadio Mane led the way as Senegal got their campaign off to a winning start, beating Tunisia 2-0 in a game that was less comfortable than the scoreline suggests.

The Liverpool winger, Africa's most expensive player, tucked away a 10th minute penalty after captain Cheikhou Kouyate was dragged back in the box. The goal, combined with earlier strikes for Pierre-Emerick Aubameyang and Riyad Mahrez means that the three players shortlisted for African Player of the Year have all scored in their opening games. 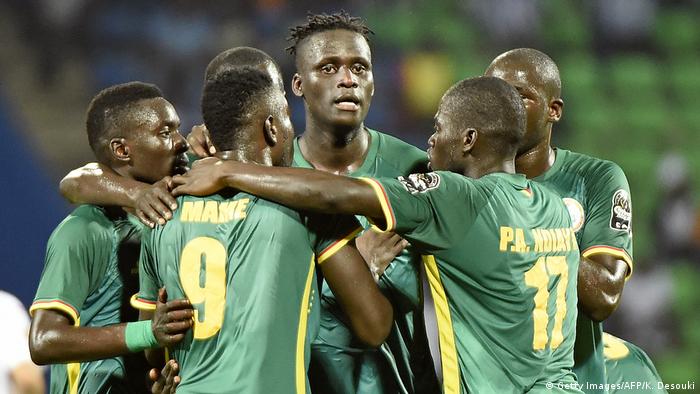 That goal came against the run of play and Tunisia continued to dominate the ball. But 20 minutes later Senegal again demonstrated their superior cutting edge when a powerful header from Kara Mbodji doubled their lead.

The second half began at a frantic pace and Tunisia carved out a series of presentable chances only to spurn them. In the end, their wastefulness cost them points and leaves them with an uphill battle to qualify.

The next round of fixtures in Group B are on Thursday, when Algeria play Tunisia and Senegal face Zimbabwe.