Algeria forward Riyad Mahrez has won the African Footballer of the Year on the back of his contribution to Leicester City's Premier League title win. He beats Gabon’s Pierre-Emerick Aubameyang and Senegal’s Sadio Mane. 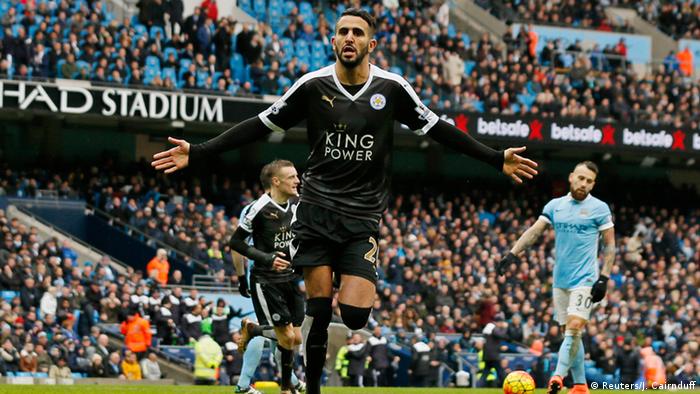 The prize was awarded to Riyad Mahrez at a Confederation of African Football annual awards ceremony in Nigeria's capital, Abuja.

"It's a huge honor to receive this award, I want to thank all my teammates,my family, Africa, Nigeria as well," Mahrez said.

Gabon's Pierre-Emerick Aubameyang, Senegal's Sadio Mane and Mahrez were the three top contenders. An initial list of 10 finalists was whittled down to five last month, but Mohamed Salah of Egypt and Algerian striker Islam Slimani had fallen out of the reckoning.

Aubameyang, the Bundesliga's second-highest scorer in 2015-16, finished ahead of Yaya Toure last year, despite the Manchester City midfielder captaining the Ivory Coast to the 2015 African Nations Cup. The African Footballer of the Year is chosen by a poll of national team coaches and a panel of media experts.

Sixteen players have won African football most prestigious individual award since its inauguration in 1992. Ghanaian legend Abedi Pele was the very first winner.

Who is Riyad Mahrez? 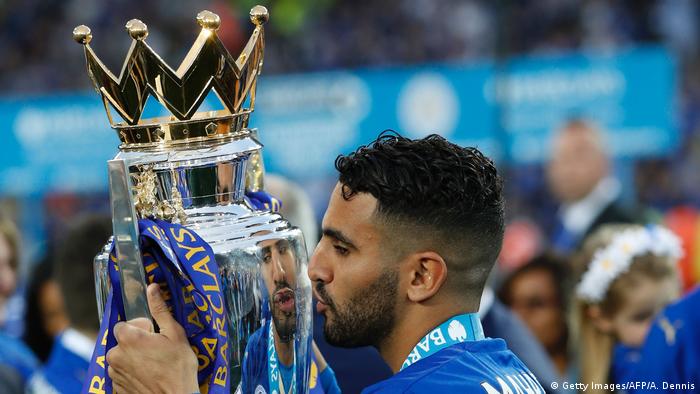 Mahrez was a key player for Leicester last season. The English East Midlands club defied the odds and predictions of relegation and clinched a fairytale title victory. The Algerian played in all but one of the Foxes' games in 2015-16 and scored 17 goals.

The right-sided forward also had humble beginnings, starting out with hometown club AAS Sarcelles in 2004. He turned professional in 2009 with Quimper Kerfeunteun in the French fourth division. He played there for only one season before moving to Le Havre, spending three years with them. In January 2014, Mahrez signed for Leicester. He helped them win the Football League Championship and promotion to the Premier League at the end of his first season.

In August 2016, he signed a new four-year contract with Leicester. Two months later, he was nominated for the Ballon d'Or, finishing seventh.

Mahrez made his international debut for Algeria in 2014 and represented them at the 2014 FIFA World Cup and the 2015 Africa Cup of Nations.