All four teams went into the final round of matches in Group C with a chance of qualifying for the knock-out stages of the Africa Cup of Nations. In the end, DR Congo and Morocco secured their passage to the next round. 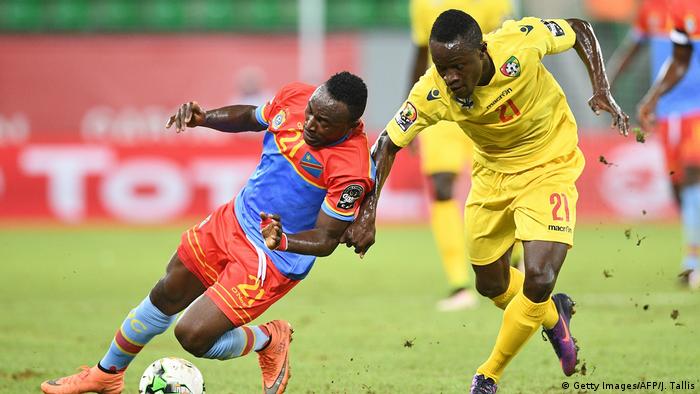 Reigning champions Ivory Coast had to beat Morocco in order to progress to the knock-out stages and keep their dreams of retaining their crown alive.

With Hertha Berlin's Salomon Kalou leading the line, Ivory Coast had the better of the opening exchanges without really creating any chances. In fact, Morocco went closest to opening the scoring when Faycal Fajr crashed a free-kick against the crossbar from 25 yards out.

That acted as a wake-up call for Ivory Coast but, despite their best efforts, including a close-range effort from Kalou that rebounded off the post, they were unable to force a way through and the teams went into the break with the score still goalless. 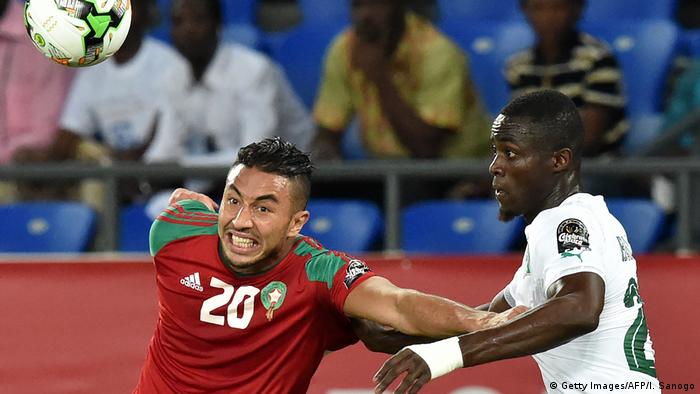 After an uneventful start to the second half, Morocco finally broke the deadlock just after the hour-mark. Substitute Rachid Alioui sent a looping shot over the keeper from distance to give his side a crucial lead.

The holders needed to score twice in the final 20 minutes to stay in the tournament and tempers flared somewhat in the closing stages. Wilfried Zaha was booked for dissent.

In the end, Morocco held on to secure unexpected qualification, but serious questions will be asked of Ivory Coast after they fell at the first hurdle.

In a show of strength, the Eagles of Carthage have defeated Zimbabwe, effectively forcing pre-game favorites Algeria out of the football tournament. Tunisia's Polish-born coach said their "strategy was simple." (24.01.2017)

AFCON 2017: Ghana secures a spot in the AFCON quarterfinals

Asamoah Gyan scored the lone goal Ghana needed against Mali to secure their second group stage win. Ghana joins Senegal in the quarterfinal field of the African Cup of Nations. (21.01.2017)

Hosts Gabon could not make it out of the group stage of the African Cup of Nations with their third consecutive draw in the tournament. Burkina Faso soared to the top of the group after beating Guinea-Bissau. (22.01.2017)

A force to be reckoned with

DR Congo went into their final match against Togo top of the group and knowing that they could even afford to lose and still progress as group winners.

Yet they started the match full of intent and were rewarded for early pressure when Junior Kabananga gave Congo the lead just before the half-hour mark. It was Kabananga's third goal in as many games and put him top of the scoring charts.

Togo looked deflated after going behind and despite the best efforts of star striker Emmanuel Adebayor, were unable to pose any meaningful threat.

On the stroke of half-time, Kabananga then almost doubled his and Congo's tally but saw his looping header rebound off the post.

The favorites continued to dominate in the second half and doubled their lead ten minutes in. Firmin Mubele latched onto a deft through ball by Tisserand and finished in style, enjoying time and space aplenty to lob the keeper.

Congo took their foot of the gas a little and allowed Togo to pull a goal back with 20 minutes remaining. After good work from Adebayor, Fodoh Laba calmly slotted home to give Togo an outside chance of qualifying. 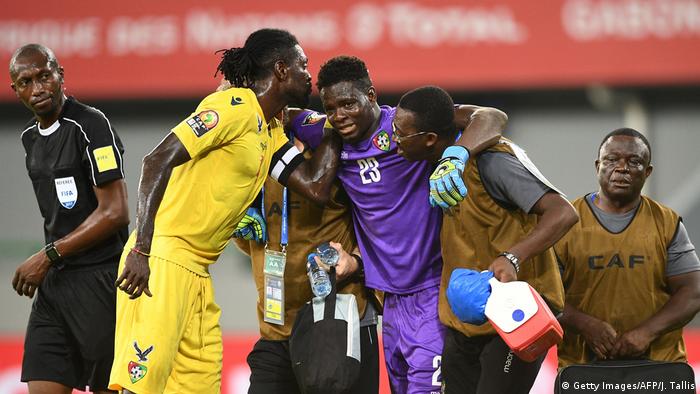 Star striker Emmanuel Adebayor (l.) was unable to prevent Togo crashing out at the first hurdle

Those hopes were dashed however, when Paul-Jose M'Poku made it 3-1 with just ten minutes remaining, which is how the match ended.

On this form, DR Congo may take some stopping and certainly no side will relish facing them in the next round.