Chancellor Angela Merkel, who opposes EU membership for Turkey, will pay her first state visit to Ankara Thursday. In an interview with DW-WORLD.DE, US-based expert Soner Cagaptay stressed that Turkey is part of Europe. 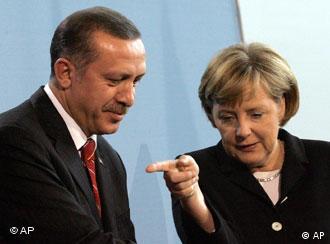 Soner Cagaptay is the director of the Turkish Research Program at the Washington Institute for Near East Policy. He has taught courses on the Middle East at Yale and Princeton and is currently also a professor at the BMW Center for German and European Studies at Georgetown University.

DW-WORLD.DE: The United States has always been a strong advocate of Turkey joining the European Union. Europe agreed to formally begin accession talks a year ago, but the tide of public opinion, especially in Germany and France, is against Turkey. At best, Europeans view the US as meddling in EU internal affairs, since the decision to admit Turkey is up to all 25, soon to be 27 members (Bulgaria and Romania are set to join in 2007). Why should Turkey's status in Europe matter to the Americans?

Soner Cagaptay: Regardless of what European leaders and bureaucrats say publicly about internal meddling, US support for Turkey does make an enormous difference behind closed doors. Without American support, Turkey would not be where it is today; it would have never reached the point of starting accession talks with the EU last year.

Turkey matters, because the US is looking at the Atlanticist view. Yes, Turkey is overwhelmingly Muslim, but it is a thriving, secular democracy with a free market economy. It is in the interests of both the US and the EU to anchor Turkey in a western institution, and that happens to be the EU, which is at Turkey's doorstep. The US also has a self-serving interest in Turkey's accession, because it means gaining one more important American ally, which has the same security concerns as the West. 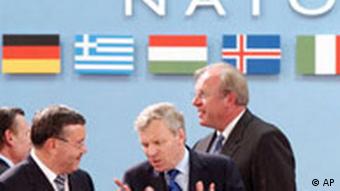 But Turkey is already an American ally and anchored in the West, without being an EU member. It is a member of several European and transatlantic institutions -- the Council of Europe, the OECD, and it's part of the EU customs union. It is an old NATO ally and is contributing some 1,000 troops to the UN peacekeeping force in Lebanon. Isn't that enough?

No. Although no other country has such a special relationship with the EU as Turkey does, anything that falls short of full membership, amounts to repackaging what Turkey already has, and leads to a dishonest attempt to keep Turkey out of EU structures.

The "privileged partnership" that German Chancellor Angela Merkel has proposed, already exists. What Merkel is saying is, "Let's keep Turkey where it is now." The Turkish response is, "Why have we gone through all these reforms to meet EU criteria for membership, when we don't have the perspective of joining somewhere down the line?"

The idea of a "privileged partnership" is a dead one. It's an idea you would suggest if you want to create a backlash in Turkey.

But there are critical human rights issues that Europe has with Turkey, which don't qualify it for EU membership, such as article 301 of the penal code, which allowed the popular Turkish novelist Elif Shafak to be prosecuted last month, because a fictional character she created "insulted Turkishness." 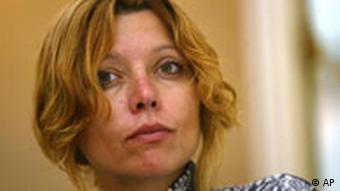 First of all, no one is talking about Turkish membership today, even if accession talks progress smoothly. The earliest would be 2014.

Article 301 is an arcane rule in the books. Prosecutors make charges, and the case is always thrown out by the judge. It is a nuisance and makes sexy headlines -- and unfortunately, reinforces the perception that Turkey is backward, but nobody ever gets prosecuted because of it.

The real problem between the EU and Turkey at the moment is the division of Cyprus. There needs to be mutual recognition between the Greek part of the island, which is part of the EU, and Turkey. For its part, Turkey needs to open up its ports to Greek Cypriot shipping, and the EU needs to end the isolation of the Turkish part in the north.

With Germany taking over the rotating EU presidency in January, what can be done to resolve this impasse?

Merkel can put considerable pressure on the Greek Cypriots to compromise with Turkey.

Even if the Cyprus issue were to go away, part of the problem is that Christian Democratic leaders in Europe, such as Merkel, define Europe as a cultural entity with Christian values. Is it a problem that Turkey is not only huge and poor, but a predominantly Muslim country? 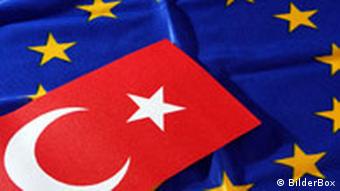 Is a predominantly Muslim country compatible with EU membership?

It is the 6,000 pound elephant in the room, and nobody is talking about it, because we are all politically correct. Geographically, Turkey is more European than Cyprus, it is wealthier than Romania, its human rights record is as good as Slovenia, and it's not that much bigger than Poland. So what's the problem?

Valery Giscard d'Estaing (the former French president who drafted the ill-fated European constitution) is the only leader of stature who brought up the religion issue, amplifying what people on the street think -- that the Turks are Muslim, and therefore not European. Europeans are afraid of Islam, and such a large Muslim country like Turkey doesn't sit well with the European public.

As long as Turkey is seen in the context of this larger Muslim world, the problems identified with the Muslim world -- women's rights for example -- apply to Turkey. The Europeans see a clash of civilizations, so of course they will object to Turkey joining the EU. Women in Turkey, by the way, enjoy equal protection under the law.

But the Turks are different from their Muslim Arab neighbors. Just because people share the same faith, doesn't mean they share the same political, social, cultural and national identity, or even the same values.

Admitting Turkey will be a test of how secular the European Union, and France in particular, truly is.

Turkey faces a "train crash" in its relations with the European Union if it fails to step up democratic reforms and resolve a trade row with Cyprus, EU enlargement chief Olli Rehn has said. (04.10.2006)

Transparency International released a study on Wednesday showing that Switzerland is the most effective among the world's leading exporting nations in preventing its firms from bribing. India came in last in the study. (04.10.2006)