German-Turkish reporter Adil Demirci has been freed from an Istanbul jail after months behind bars. But the court barred the 33-year-old from leaving Turkey as he faces charges of belonging to a leftist terror group. 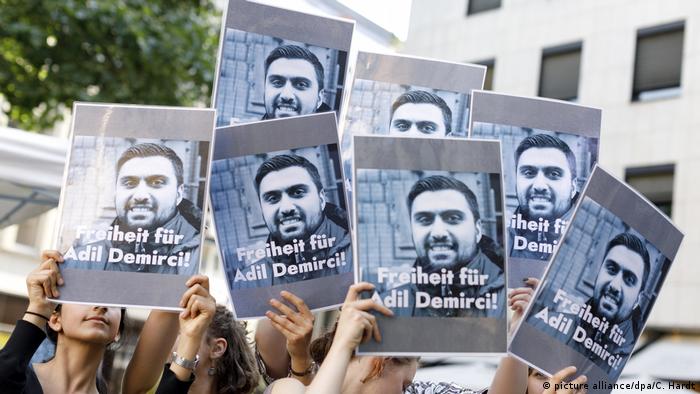 An Istanbul court ordered the release of Cologne reporter and social worker Adil Demirci on Thursday, ending the 10-month detention for the 33-year-old German-Turkish national.

Demirci still faces terror charges. Under the conditions of his release, he would be required to regularly check in with Turkish police and stay in the Istanbul area, making no attempt to flee to Germany.

The defendant's lawyer, Mustafa Pekoz, told DW that they had expected the court to prevent from traveling upon release from jail.

"We will appeal the decision to a higher court within a week," Pekoz said. "We will do everything we can within the scope of legal possibility."

A further hearing has been scheduled for April 30 in Istanbul.

Prosecutors claim that Demirci is a member of the far-left Marxist-Leninist Communist Party (MLKP) which Turkey labels a terrorist organization.

The charges in detail

Demirci and a group of over 20 other people were accused of attending funerals of MLKP members and fighters of the Kurdish YPG militia. Turkish officials view YPG, which battles against "Islamic State" (IS) in Syria, as an offshoot of the Kurdish PKK party, which is also considered a terrorist group.

Prosecutors also claim Demirci took part in "non-authorized demonstrations involving Molotov cocktails" between 2013 and 2016 and did so "in the name of the MLKP."

Demirci, a dual German-Turkish national, traveled to Turkey with his mother on vacation last spring. According to his family, the aim was to improve the health of his mother, who is suffering from cancer. He was arrested in Istanbul last April, just days before he was set to fly back to Germany.

After his arrest, Demirci admitted to going to the funerals of Kurdish fighters who died fighting IS in Syria, but rejected the charge of belonging to "terror organization." 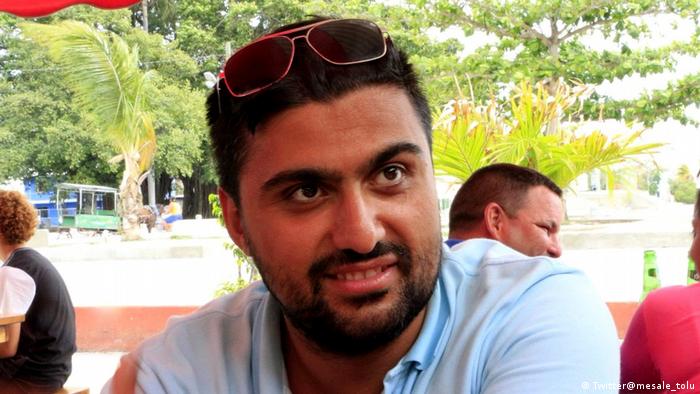 In Cologne, Demirci worked as a refugee counselor for German NGO Internationaler Bund and also reported for the left-leaning, Turkish-based news agency ETHA. Mesale Tolu, another German-Turkish journalist facing charges in Turkey, is also an employee of the agency.

Writer and journalist Günter Wallraff also traveled to Turkey for the hearing.

"This is not about the rule of law, this is a political trial," Wallraff said.

Demirci's family and friends had set up the "Freedom for Adil Demirci" campaign in Cologne, holding vigils and events demanding his release.