The lawsuit claims Weinstein smeared Judd to ruin her chance of playing a role after she refused his sexual advances. Judd was one of the first women to come forward about Weinstein's alleged serial sexual harassment. 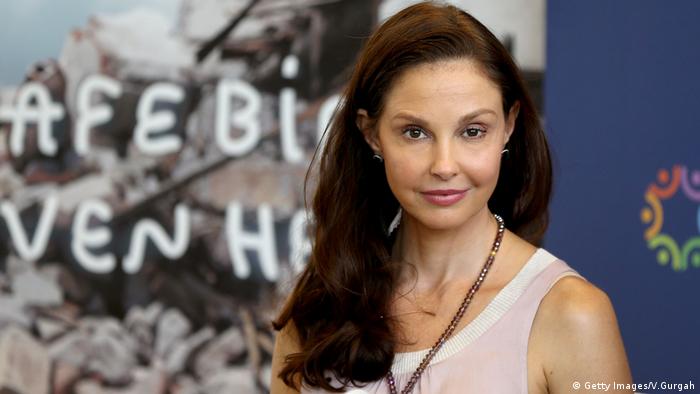 The lawsuit filed in Los Angeles Superior Court accuses Weinstein of disparaging Judd to "Lord of the Rings" director Peter Jackson and his production partner Fran Walsh in 1998, a year after the actress allegedly turned down Weinstein's sexual advances in a hotel room. At the time she was being considered for a major roll in the blockbuster trilogy.

"With those baseless smears, Weinstein succeeded in blacklisting Ms. Judd and destroying her ability to work on what became a multibillion-dollar franchise with 17 Academy Award wins and many more nominations," the suit states.

"Weinstein used his power in the entertainment industry to damage Ms. Judd's reputation and limit her ability to find work," the lawsuit added.

Judd was one of the first women to come forward last fall alleging Weinstein sexually harassed her. The revelations led to more than 70 other women coming forward with stories of rape or sexual harassment that ultimately brought down Weinstein and the company he founded with his brother Bob.

Following the revelations, Jackson in December said that he recalled Weinstein pressuring him not to hire Judd or actress Mira Sorvino.

"I recall Miramax telling us they were a nightmare to work with and we should avoid them at all costs. This was probably in 1998," Jackson was quoted as telling Fairfax New Zealand. "At the time, we had no reason to question what these guys were telling us — but in hindsight, I realize that this was very likely the Miramax smear campaign in full swing."

The civil lawsuit filed by Judd does not implicate Parker.

A representative for Weinstein said in a statement that the producer "neither defamed Ms. Judd nor ever interfered with Ms. Judd's career." It said that Weinstein had supported her role in two of his movies, "Frida" in 2002, and "Crossing Over" in 2009.

A leading figure in the #Metoo movement, Judd said that any damages awarded from a trial would be donated to the Time's Up legal fund, "so that women and men in all professions may have legal redress for sexual harassment, economic retaliation and damage to their careers."