Activists Urge FIFA to Bring Back Smoking Ban | News and current affairs from Germany and around the world | DW | 31.05.2006

As the world marks World No Tobacco Day on Wednesday, anti-smoking activists again criticized a decision to allow smoking during World Cup games in Germany and called for stricter controls. 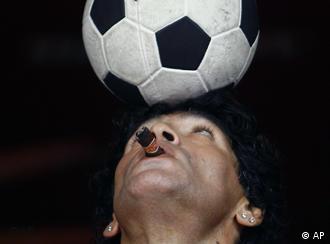 A special pre-show program awaits soccer fans who attend games during the upcoming World Cup in Germany: Video screens and public announcement systems in stadiums will repeat a simple message in a mantra-like fashion: "No smoking, please." 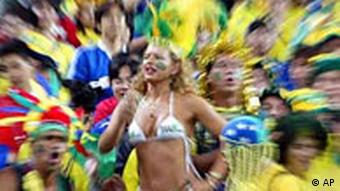 Brazilian fans celebrating without cigarettes in Japan in 2002

But that's not going to prevent people from lighting up as FIFA, the world's soccer body, has lifted a smoking ban put in place during the 2002 Cup in South Korea and Japan. According to news reports, the decision to allow smoking in stadiums was made after consultations with the German government and the event's German organization committee.

Officials for the World Health Organization (WHO), who had worked with FIFA to introduce the smoking ban in the first place, said the no smoking announcements were unlikely to have the desired effect.

"We know that voluntary tobacco-control agreements don't work," Marta Seoane, the spokeswoman for the WHO's anti-smoking campaign, told German public broadcaster SWR. "Smoking and tobacco bans have to be introduced to reduce consumption. The point is to protect public health -- the health of viewers in the stadiums and that of people -- adults and children -- who follow the games on television." 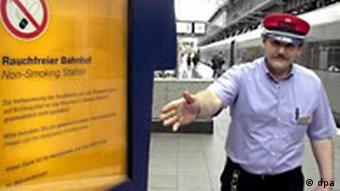 Smoking is banned in German train stations, but not restaurants

The move to allow smoking in stadiums has outraged anti-smoking activists, who have long criticized the German government's reluctance to back international initiatives to curb tobacco use, such as a global anti-smoking treaty proposed by the WHO and which took effect in 2003. EU officials have also criticized Germany for failing to do more to limit smoking.

"It's completely incomprehensible why we don't manage" to keep the tournament smoke-free, said Dagmar Schipanski, president of German Cancer Aid, adding that smoking will be banned again during the 2010 Cup in South Africa.

Others also accused FIFA of sending a mixed message to fans by selling branded lighters and ashtrays.

"The whole thing is really inconsistent," Sinead Jones, the director of the International Union Against Cancer's global smoke free partnership, told Reuters news service. "They are saying to fans: 'Don't smoke,' but on the other hand there will be absolutely no enforcement there." 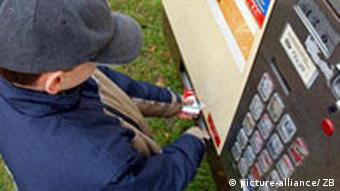 In Germany, anti-smoking groups meanwhile used World No Tobacco Day to renew calls for more stringent controls. While a majority of Germans support smoking bans in restaurants and bars, so far, only a voluntary agreement to designate 50 percent of seats in 90 percent of restaurants as smoke-free by 2008 exists.

"Creating smoking and non-smoking areas only appear to solve the problem," said Jörg-Dietrich Hoppe, the president of the German Medical Association.

According to Germany's Federal Center for Health Education, about 140,000 people in Germany die each year as a result of smoking. The German Cancer Research Center says that 3,000 people die each year from passive smoking.

Increasingly, Germans are becoming addicted to legal drugs, but the number of deaths from hard drugs fell, a new report says. (May 3, 2006)