Activists: Syria's Palmyra falls to 'IS' once more

The "Islamic State" has retaken Palmyra after being forced out by Russian airstrikes, activists say. An "IS"-linked news agency also reported that the group had recaptured the city. 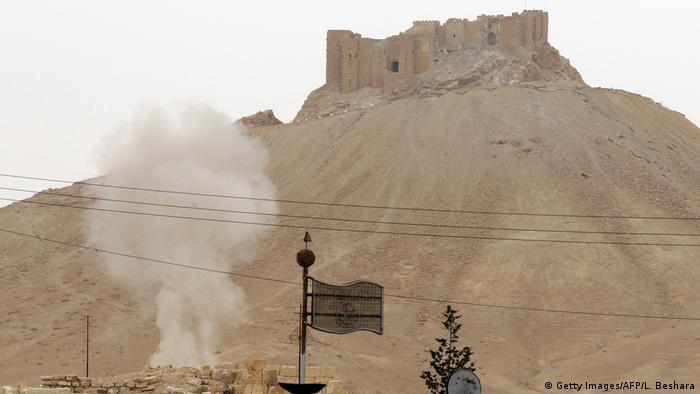 On Sunday, the "Islamic State" (IS) retook the desert city of Palmyra in Syria after being driven out of the city hours earlier by heavy Russian aerial attacks, a group monitoring the country's conflict reported.

"Despite the ongoing air raids, IS retook all of Palmyra after the Syrian army withdrew south of the city," said Rami Abdel Rahman, who heads the Britain-based Syrian Observatory of Human Rights.

The Amaq news agency, which has links to the IS militants, also reported that the group had retaken "full control" of the city after first taking Palmyra's citadel (above photo), which overlooks the historic site.

After launching an offensive in the region a few days before, IS pushed into the city on Saturday, only to be forced to withdraw by a fierce Russian bombing campaign that killed scores of its fighters.

The Observatory reported that the militants regrouped on the outskirts of the city and made a successful attempt to retake control. 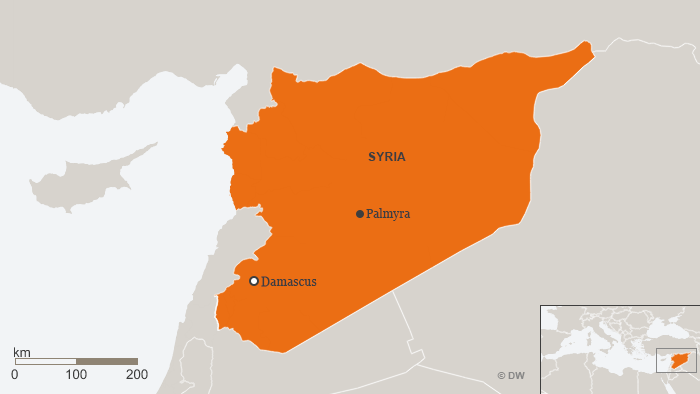 IS has had possession of the city once before, in May last year, destroying many of its ancient treasures, and Palmyra's recapture could put the remaining artifacts and monuments in extreme danger. The group considers certain artifacts and monuments to be "idolatrous," and has severely damaged important historic sites and objects across areas of Syria and Iraq that it controls. 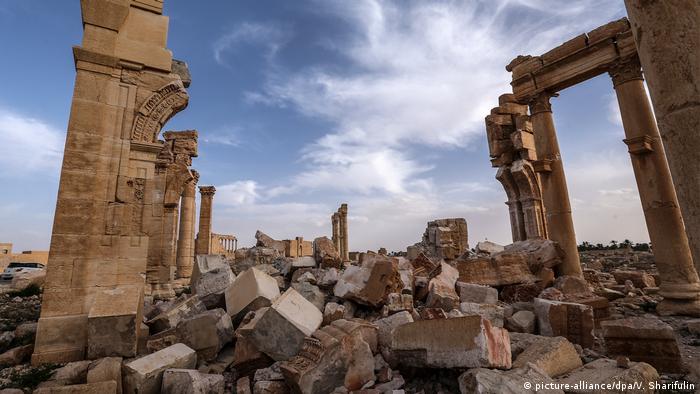 IS destroyed many of Palmyra's most important monuments

The group was driven from Palmyra in March, but has apparently retained its ambition to control the UNESCO World Heritage site, which is located near oil and gas fields that are now also in the hands of the group.

For more than a year, Russia has been giving military support from the air to troops loyal to Syrian President Bashar al-Assad, who is trying to put down a rebellion that began in 2011. Extremist groups such as IS have taken advantage of the instability created by the insurgency to capture territory in Syria.

On Sunday, Russia's Defense Ministry reported that Russian planes had flown more than 60 airstrikes on the group in a bid to drive it from Palmyra. More than 300 militants were reportedly killed in the strikes.