A longtime collaborator of Ingmar Bergman, the Swedish-born actor Max von Sydow's most memorable roles include Jesus, a James Bond villain and the "Exorcist" priest.

Having appeared in more than 100 films and TV series, Max von Sydow's career took off and ended with two dark historical fantasies. In Ingmar Bergman's The Seventh Seal from 1957, the actor portrayed a medieval knight on an existential journey during the Black Death pandemic; recently, he appeared in the bloody epic Game of Thrones as a mysterious oracle.

Sydow's "compelling presence" was praised early in his career and defined his over 60 years of acting, during which he embodied many strong-willed characters.

He died in France at the age of 90, his wife and producer Catherine von Sydow confirmed on Monday. "It is with a broken heart and with infinite sadness that we have the extreme pain of announcing the departure of Max von Sydow," she said in a statement. 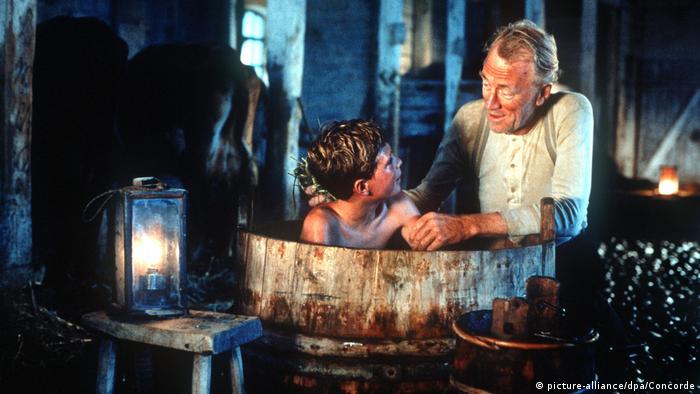 Born on April 10, 1929 as Carl Adolph von Sydow in Lund, Sweden, the actor's father was a university professor of Scandinavian folklore and his mother was a school teacher. The von Sydow's ancestors were from Prussia.

In high school, Max joined an amateur theater group. He later studied at the Royal Dramatic Theater in Stockholm

Sydow started out as a theater actor on various Scandinavian stages, in Helsingborg, Malmö and Stockholm. His film debut came in 1949, with Alf Sjöberg's drama Only a Mother.

He gained international renown through his longstanding collaboration with Swedish director Ingmar Bergman, whom he met in Malmö in 1955. They made a total of 13 films together. The Seventh Seal (1957) provided a major breakthrough for both the arthouse director and the actor. Through his portrayal of the disillusioned knight Antonius Block who challenges Death to a chess match, Max von Sydow created an icon of film history.

In the mid-1960s, Max von Sydow was discovered by Hollywood. His most memorable roles include Jesus in the biblical epic The Greatest Story Ever Told (1965), the priest in The Exorcist (1973) and a freelance killer in Three Days of Condor (1975). 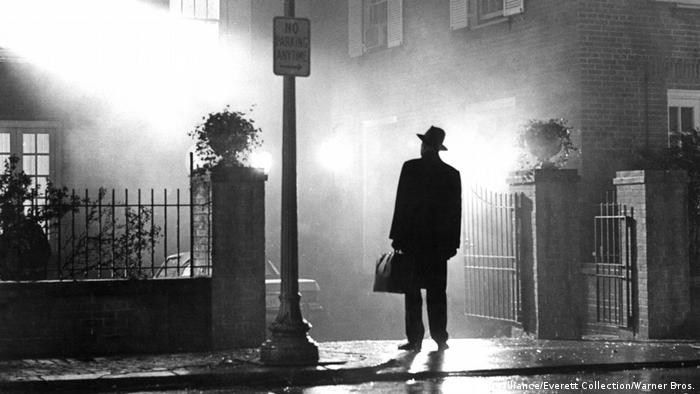 He was the priest in 'The Exorcist'

In the 1983 James Bond film Never Say Never Again, he played opposite Sean Connery as villain Ernst Stavro Blofeld, the head of the criminal organization SPECTRE.

He regularly co-starred in films with Norwegian actress Liv Ullmann, for example in The New Land (1972), in which he played a poor Swedish farmer emigrating to the US in the mid-19th century.

He appeared in David Lynch's Dune (1984) and was part of the ensemble cast of Woody Allen's Hannah and Her Sisters (1985).

All while pursuing his Hollywood career, he also worked with different European directors, including Wim Wenders and Dario Argento.

He received two Oscar nominations, for his performances in Pelle the Conqueror (1987) — which he later said was his favorite role — and Extremely Loud & Incredibly Close (2011).

Along with Game of Thrones, he recently appeared in Star Wars: The Force Awakens in 2015. His last film role was for Danish director Thomas Vinterberg for the film Kursk, based on the true story of the submarine accident.

The Academy of Motion Pictures nominated French film "The Artist" for 10 Oscars. Other European movies - including a Wim Wenders documentary and a short by students in Hamburg - are also competing for a golden statuette. (24.01.2012)

From a knight challenging Death to Jesus: Here are some of the many roles that actor Max von Sydow took on during the course of his career. (09.03.2020)