A visit to the world's largest Barbie doll collection

The first Barbie dolls hit toy store shelves in the US 60 years ago. Today, the largest collection of Barbie dolls is in Dusseldorf, Germany. DW dropped in on the proud owner of 18,000 Barbie dolls.

Bettina Dorfmann was six years old when her parents gave the little girl her very first Barbie doll back in 1967. "She wasn't just a doll, either, but a friend," Dorfmann remembers. "As it turned out, she was a friend for life," Dorfmann told DW. Today, the Dusseldorf collector who made it to the Guinness Book of World Records owns more Barbies than anyone else in the world — 18,000 dolls!

A hobby becomes a profession

Even as a child, Dorfmann had almost three dozen Barbies. When she lost interest and stopped playing with them one day, they ended up in the family's attic. Only when her own daughter began to play with dolls did she pull them out of storage. 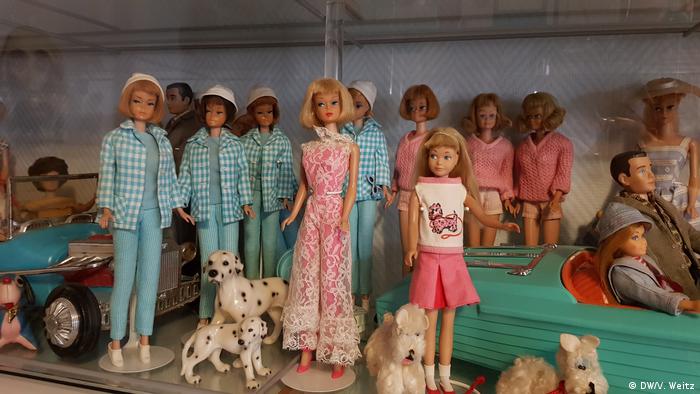 Dorfmann enjoyed Barbies as a child, but she only started collecting them as an adult — and unexpectedly created the basis of her current career

In the mid-1980s Dorfmann displayed the Barbies in her newly opened women's fashion store. It turned out her customers were more interested in the dolls than in the clothes, so she was forced to shut the store. Some of the dolls were moved to shelves in her living room before they were finally installed in a room set aside just for them. Others, left in their boxes, were stacked and stowed away in a storeroom.

Dorfmann became increasingly known among collectors. She soon began repairing the dolls, too, at Germany's only Barbie repair workshop, the "Barbie Clinic."

In addition, she began to organize Barbie-themed exhibitions that were highly successful in Germany and beyond. She packed up her dolls and went on tour for nine years, first across China for two and a half years, and then throughout Europe.

Today, Dorfmann works at the Doll and Toy Museum in the western German city of Ratingen. She loans rare Barbie dolls for various events, has written five books and many articles in trade journals, and is an overall authority on the Barbie doll. 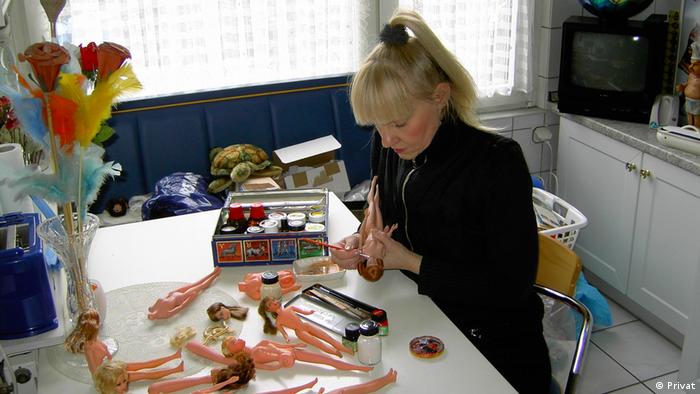 Dorfmann began repairing Barbies as an adult, even opening a Barbie clinic

Barbie through the ages

Bettina Dorfmann loves to organize exhibitions, the most recent one being "Busy Girl — Barbie Gets Ahead" with a focus on how the plastic doll has changed in the course of her 60-year history.

Nevertheless, feminists have criticized the image of women conveyed by Barbie dolls. Barbie is too skinny, her legs are too long, her waist is too narrow and her breasts are too big, they say. Dorfmann disagrees, arguing that Barbie has always been an emancipated woman. She wore whatever was fashionable at the time, but she also embodied many children's dreams. Barbie was a doctor, an archaeologist, a flight attendant, a pilot, an astronaut and a US presidential candidate. "When environmental organizations sounded the alarm last summer that wild bees were threatened with extinction, a beekeeper Barbie immediately appeared on the market," says Dorfmann. 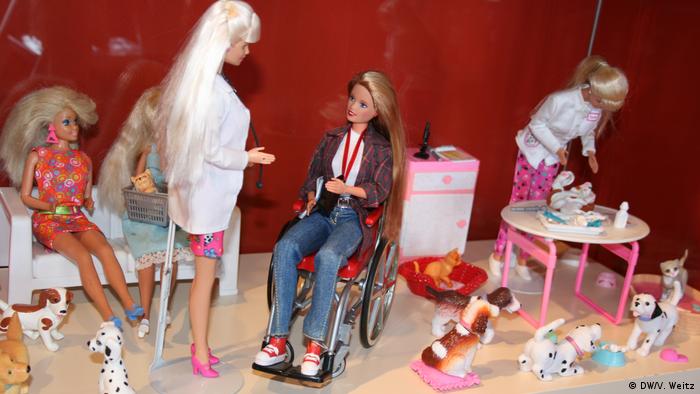 Critics say Barbie presents an unreal image of women, but Dorfmann argues that the doll has always been a roll model of emancipation

Barbie dolls that look like Marilyn Monroe, Audrey Hepburn, Twiggy and Whitney Houston are particularly popular among collectors. Barbie's US manufacturer, Mattel, has kept on adding new Barbie dolls, including a special series with more than 100 dolls dressed in traditional costumes of different countries.

The doll is banned in some Muslim countries, including Iran and Saudi Arabia, where religious leaders argue the doll offends Muslim traditions and rules. But in November 2017, Mattel presented a hijab-wearing Barbie doll, modeled after Ibtihaj Muhammad, a Muslim US Olympic fencing champion who always wears a headscarf in tournaments. 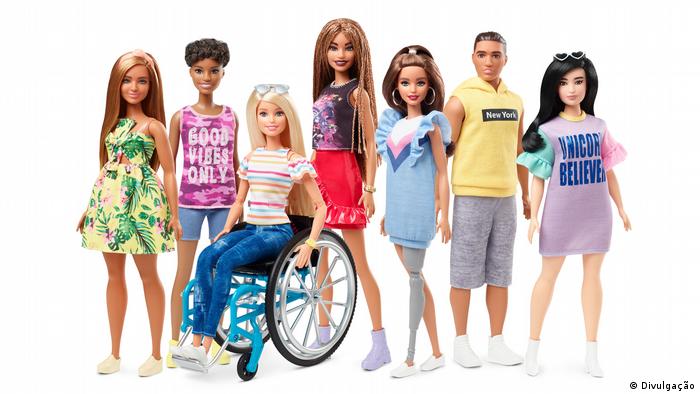 The Barbie line has changed over time, adding more diverse figures to the line

Barbie celebrates her 60th birthday this year, and Dorfmann has been a collector for almost half that period. Her 18,000 dolls with all their clothes and accessories are now stored in different places: 1,500 are part of the exhibition at the Ratingen Doll and Toy Museum, others are on display in other German and international museums. The collector, who has painstakingly catalogued all the dolls, has kept the rest in her own home.

Dorfmann has two copies of many of her Barbie doll models: One is to be exhibited while the other remains in storage. She also owns rare dolls that are of particular value to collectors. The entire collection is insured, she says, but declined to name figures.

One thing is certain, however — the 58-year-old will continue to buy new Barbie doll models. "This is my life," she says.

The new Barbie series has 'tall, petite and curvy' dolls

Mattel has come up with a new line of Barbie dolls to celebrate women of different sizes, skin colors and shapes. The new series represents 'a broader view of beauty,' the company says. (28.01.2016)

A descendant of the painter has been granted an injunction against Mattel, who says it legally purchased the rights to Kahlo's image. Critics argued that the sale of the doll runs contrary to the artist's views. (21.04.2018)

She's loved, she's hated, she's well-known around the world: Barbie. Since its release in 1959, the doll has managed to go along with the times. DW looks at the Barbie doll as it celebrates its 60th birthday. (08.03.2019)