There's a lot to read in the data from solar eclipses. Some of it reads like clockwork. Other bits might seem odd. But total solar eclipses, like the one on August 21, are the raw rhythm of nature up close. 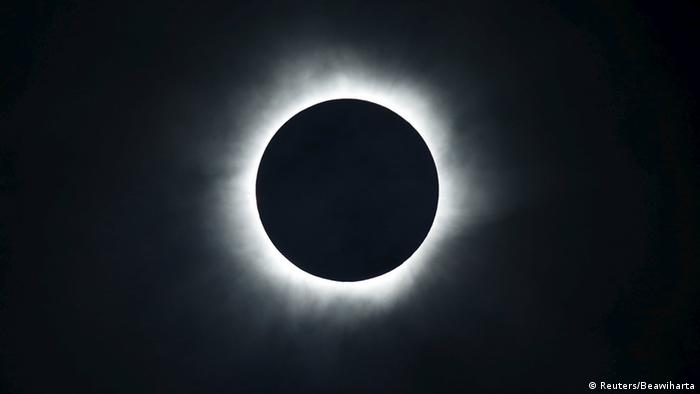 It's uncanny how good the data on solar eclipses is, stretching all the way back to 2127 BC and even further. Granted, some of it is based on anecdotal information, some of it is based on references "in the literature," or on advanced reverse calculations and amazing projections into the future. In fact, we can see so far into the future of eclipses that we know they won't occur forever - but more on that later. First, let's head into the past!

In 1999, an archeoastronomer called Paul Griffin found symbols at the Loughcrew Cairn L Megalithic Monument in Ireland, which are thought to correspond to an eclipse that took place on November 30, 3340 BC. Solar eclipses run along known "tracks," and of the 92 tracks of total solar eclipses, the one for 3340 BC was visible at this sight.

There are ancient Chinese records that describe a solar eclipse on October 22, 2134 BC as the "sun and the moon did not meet harmoniously." Elsewhere it was said "the sun has been eaten."

Babylonian astrologers are known to have kept detailed records of celestial events. They learnt to predict lunar eclipses and then solar eclipses, with good accuracy, using the "Saros" cycle, which is a period of about 18 years, 223 months, or 6585.3223 days. The Greek term "Saros" was applied to the solar cycle by British Astronomer Edmond Haley in 1691. It is derived from the Babylonian "saru" meaning the number 3600. 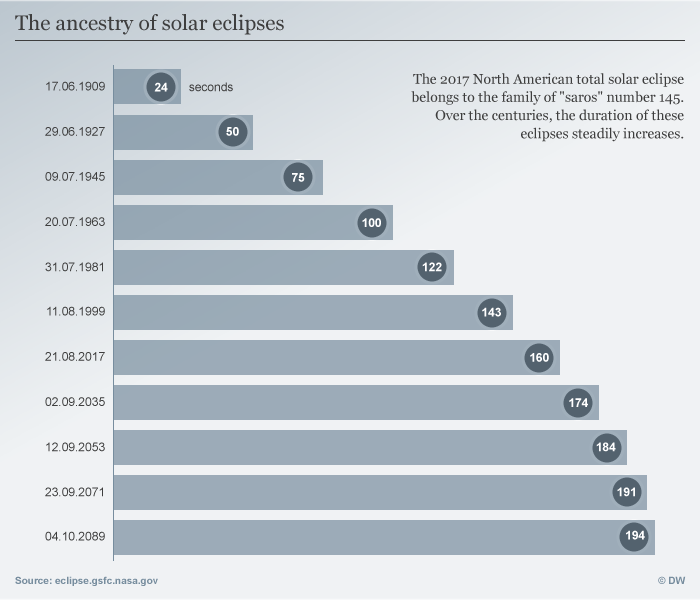 The two total solar eclipses belong to Saros series 145. You can trace it back through the ages. And if you go back to June 17, 1909 and move forward to 2017, you might spot an interesting progression. The duration of the total solar eclipses has got longer and longer.

The one in 1909 was a hybrid solar eclipse, a form that changes its appearance as the moon's shadow moves across the Earth. But even if we ignore that and stick to the total solar eclipses in Saros series 145, starting with the one in 1927 and progressing to the year 2089, the eclipse duration increases from just 50 seconds to 3 minutes and 14 seconds.

Not all total solar eclipses in the same Saros series follow the same path, however. And it would be spooky if they were ever exactly the same.

Take the August 21 eclipse. It will move from the northwest near Portland, Oregon, cut almost right through the middle of the continent in a downward diagonal, until it heads off the eastern seaboard near Charleston in South Carolina.

In 1963, its great-grandfather arced higher over the North American continent to streak across Canada and only just scraping by Maine in the USA. 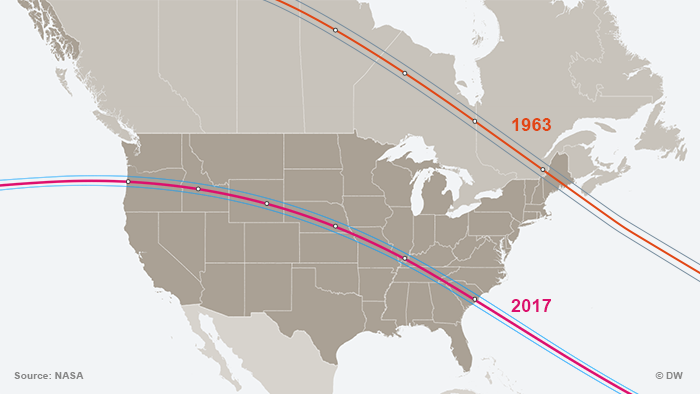 Then look at the one on August 11, 1999. It cast its shadow over Europe: France, Germany, Austria, it peaked over Romania, and then moved on over Turkey, Syria, Iraq, Iran, Pakistan and India.

And the one before that, on July 31, 1981, spent most of its time shadowing what was then the Soviet Union.

Other data shows just how rhythmic the nature of solar eclipses can be. If you scan the past 2000 years and then skip ahead over the next 1000 years, it would seem solar eclipses run like clockwork. 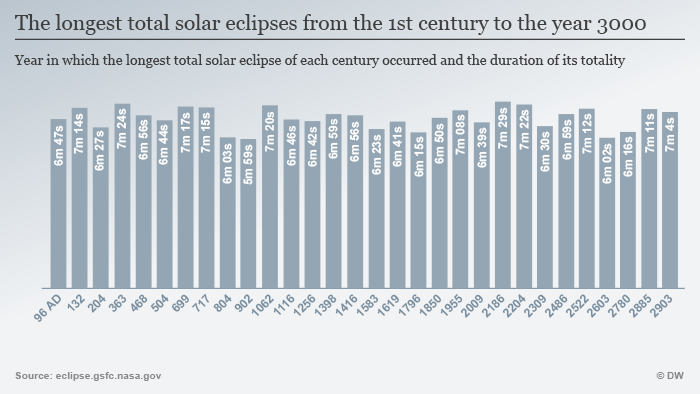 And yet we like to read things into solar eclipses – like unexplained oddities or miracles. Over the course of time humans have ascribed different kinds of importance to solar eclipses. The Maya, for instance, had little truck with our Saros cycles of 223 months. Their eclipse cycle consisted of 405 lunar months and was focused on human reproduction.

But it's still interesting to note how some total solar eclipses have seemed to coincide with historical events. For instance, there are references to the skies going dark in daytime during the crucifixion of Jesus. According to a NASA website, in part compiled by Fred Espenak, a scientist emeritus at the Goddard Space Flight Center, there were two relevant eclipse events that support this idea: one on November 24 in the year 29 AD, and another on March 19, 33 AD.

There is one listed as the "Titanic" Eclipse, a hybrid solar eclipse on April 17, 1912, but that would have missed the sinking of the famous ocean liner by about two days.

And there's "Einstein's Eclipse" on May 29, 1919. During that event, Sir Arthur Eddington tested Albert Einstein's Theory of General Relativity by observing the bending of starlight by gravity as Einstein had predicted.

And now for the future

A total solar eclipse happens when the angular size of the moon is almost exactly the same as the sun's, although their real sizes remain massively different. Astronomers use angular measurements to describe the apparent size of spherical objects in the night sky – that is the size the objects appear to have from Earth.

The problem is the moon has been pulling away from our planet for billions of years. And eventually the moon's angular size and that of the sun will no longer line up. So the moon will be too small to cause a total solar eclipse.

But current estimates are that the last visible total solar eclipse will occur in about 563 million years. Who knows whether we'll even be around to see it?

Western science worships cycles. And to some there's no clearer indication of our obsession than the approaching total eclipse on August 21. DW talks to eclipses chaser and astronomer Professor Anthony Aveni. (28.07.2017)