A truly unique African country: Ethiopia | News and current affairs from Germany and around the world | DW | 24.10.2013

According to Negusse, Ethiopia is a very special place both culturally and historically. Not only do they have the best coffee in the world, but a trip here will make you a few years younger. 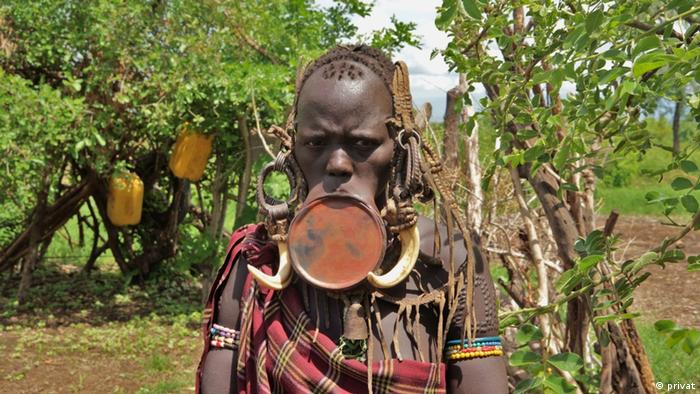 Landlocked Ethiopia is home to a variety of authentic cultures.

Ethiopia is located in northeast Africa. It has the largest population of any landlocked country in the world.


With mountains over 4,500 meters high, Ethiopia is the roof of Africa. The source of the Nile with its gigantic waterfalls is also located here. Here globetrotters can experience everything from art, festivals and cultural practices to unique buildings, breathtaking nature and much more.

As a travel destination, Ethiopia is different in many ways from its African neighbors. The painting and crafts are especially unique, and are characterized by the North African and Middle Eastern traditional influences combined with Christian culture. The 11 rock-cut churches of Lalibela are a world heritage site and are just one part of the Afro-Mediterranean civilization that can still only be experienced in Ethiopia.
All together nine cultural and natural monuments count as UNESCO world heritage sites. Among these are the 600 year old terraces of the Konso region as well as the up to 30 meter high stele obelisks in located in Axum that were carved out of 500 ton granite blocks. Another cultural monument is the holy old town in the city of Harar with around 100 mosques and the ancient custom of feeding hyenas- a spectacular show for tourists.

Ethiopia also has a special status from a religious perspective. Christianity arrived here in the fourth century. The first Muslims arrived in the country in 615 as refugees and were taken in and protected by the Christian king. The village of Negash is considered the first Islamic settlement and its mosque is a popular tourist destination. The history of Judaism in Ethiopia also goes back many thousands of years. Ethiopia is indeed the only country in Africa where different religions live together in relative peace- what a nice example of tolerance!

Furthermore, Ethiopia is the only African country with its own script, which was developed in the second century after Christ. There is also an Ethiopian calendar that is around seven years behind the Gregorian calendar. Visitors to this African country will therefore be younger. In Ethiopia right now we are writing the year 2005.

There are even more reasons why my home is a special travel destination and has a special place in the world. Did you know that coffee was first created in Ethiopia? The story of coffee began in the 14th century in the Kaffa region. Today visitors here can drink the best coffee in the world and also experience a traditional coffee ceremony.

With more than 80 ethnic groups, Ethiopia is also home to a variety of authentic cultures. Mursi and Surma women wear those famous lip plates and young men in Hamit culture jump over a bull to prove their courage and that they are ready to marry. All of this is certainly worth seeing. Furthermore, Ethiopia is the cradle of humanity as the famous skeleton "Lucy" (one of the best preserved skeletons of mankind’s earliest ancestors) was found here.

The times when Ethiopia was seen as a country gripped by famine are over. Today we are one of the most advanced countries in Africa thanks to the improved infrastructure and economic growth. Please pay us a visit and see for yourself!

Sent in by: Negusse from Ethiopia
Edited by: Kerstin Boljahn