German Chancellor Merkel, already known for her speedy cell-phone text-messaging skills, is now entering the world of digital media as the first head of state to address her nation via a video podcast. 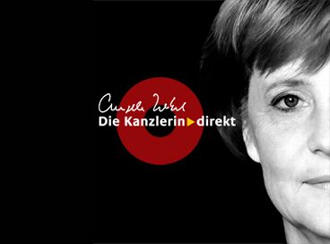 German Chancellor Angela Merkel plans to post regular video messages on the Internet to explain her government's policies, a spokesman said on Wednesday.

The first of these messages will go out on Thursday at 4 p.m. local time, on the eve of the FIFA World Cup 2006, followed by more messages on Saturday, deputy government spokesman Thomas Steg said.

The topic of the first digital address to the nation will be the international soccer championship, which takes place in Germany from June 9 to July 9.

Merkel previously described herself as an avid soccer fan and said she had arranged her schedule so that she could watch any match Germany plays, "including the final."

A novelty for Germany

Merkel is following in the footsteps of US President Bush and his predecessors, who have been communicating with their nation in weekly radio addresses for decades. 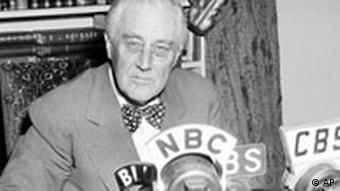 He started it all: U.S. President Franklin Roosevelt

The US tradition goes back to President Franklin Delano Roosevelt, who introduced the practice of routine radio broadcasts in the 1930s. During the Second World War, FDR's radio broadcasts -- which he cozily referred to as "fireside chats" -- significantly boosted American morale and greatly contributed to the president's popularity.

By opting for video-podcast Internet technology rather than using radio or television to talk to citizens, Merkel -- a former scientist turned politician -- is ushering in a new era in the development of internet-mediated digital democracy.

"Merkel is the first head of government to be using the video podcast medium," Steg said.

The first female chancellor in German history is known for being technologically savvy. She routinely communicates with her ministers via SMS -- a text messaging practice using cell phone keypads, which is a widely popular, if not exactly efficient, form of communication in Europe, especially among teenagers. 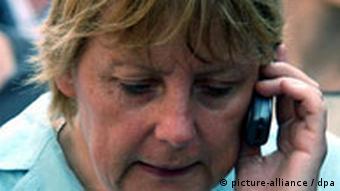 Merkel's video podcasts -- or vodcasts, as they are sometimes referred to -- will not replace the chancellor's traditional New Year's address on television. But, as the government spokesperson pointed out, the goal of the video podcasts will be "to stay true to the ancient democratic principle of informing people as well as possible so that they can form their own opinion."

The chancellor's messages will be formatted to be viewed on computer screens. A cell phone version is also in the making. Each podcast will be two to three minutes long and available on the chancellor's website under the catchy motto "Chancellor Direct."

It is yet to be seen how popular Merkel's videocasts will be. Merkel is an extremely well-liked chancellor, yet she still gets lampooned on German TV on a regular basis. One comedy show, for example, includes a regular segment called "Angie's Diary," in which a bearded actor, wearing Merkel's favorite peach-colored power suite, reads stories from the chancellor's imaginary diary.

With her video podcasts in the digital form, Merkel will now open herself to all sorts of artistic re-interpretations in the style of MTV mashups. Be prepared for a new video of Angela Merkel and Nelly Furtado, set to a drum-and-bass sample, on an iPod near you. 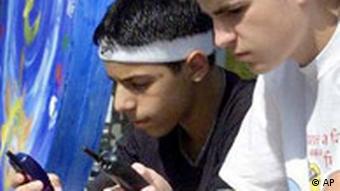 Already as teenagers, Europeans develop a love affair with their cell phones

The chancellery will in any case have to make sure that the process of downloading and viewing Merkel's video messages is smooth and easy, and that her web site never displays the dreaded -- and politically incorrect -- error message "access denied."

Germans, on the other hand, are no strangers technological glitches as far as their elected leaders are concerned. In 1987, hundreds of thousands of Germans experienced an eerie sense of deja-vu while watching the New Year's television address of then Chancellor Helmut Kohl. As it later turned out, a German broadcaster had aired the tape with Kohl's New Year's address from the previous year by mistake.

While many Germans soccer fans will be struggling to combine the need to work with the need to watch their team, one fairly well-known supporter of Jürgen Klinsmann's gang doesn't seem to have such problems. (June 4, 2006)

Television viewers won't be the only ones able to tune into the World Cup this year. The mobile division of the German telecoms giant announced it would broadcast 20 games for its customers. But how many will tune in? (March 9, 2006)