A new president for Uzbekistan

Shavkat Mirziyoyev has won a tightly controlled presidential election in Uzbekistan, raising questions about whether he will rule in the steps of former strongman Islam Karimov. Who is he and what can we expect from him? 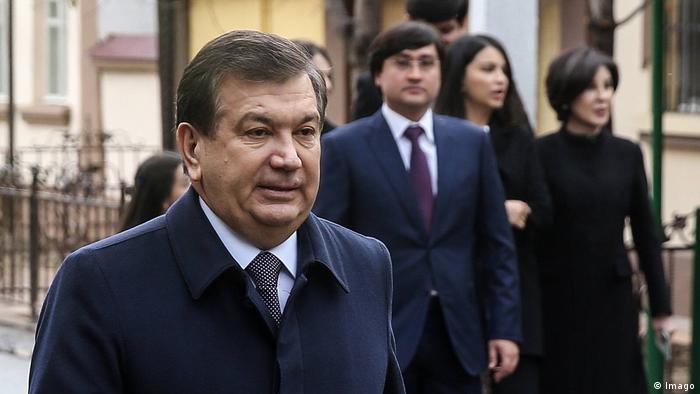 At 59 years of age, Mirziyoyev is the youngest of the leaders of the Central Asian former Soviet republics. The Uzbek prime minister is a year younger than the Kyrgyz president, Almazbek Atambayev, and just a month younger than the Turkmen leader Gurbanguly Berdimuhamedov, with whom he is most frequently compared.

Ever since the mid-1990s, human rights activists have been highlighting parallels between the power system in Uzbekistan, established by Karimov, and the repressive regime of former Turkmen President Saparmurat Niyazov, which his successor Berdimuhamedov has maintained.

Following both Niyazov's death in 2006 and that of Karimov in early September this year, the handover of power in both countries breached their respective constitutions. In both instances, the speaker of parliament should have taken over the duties of head of state until early elections could be held. However, in Turkmenistan the office was assumed by Berdimuhamedov, who was the deputy prime minister at the time, while Prime Minister Mirziyoyev took over in Uzbekistan.

Now observers are asking themselves how Mirziyoyev will deal with the personality cult of his predecessor, Karimov. Will he follow the example of his Turkmen neighbor Berdimuhamedov, who soon replaced portraits of Niyazov with images of himself? Critics of the regime in Uzbekistan assume that Mirziyoyev will maintain characteristics of the "Karimov system." 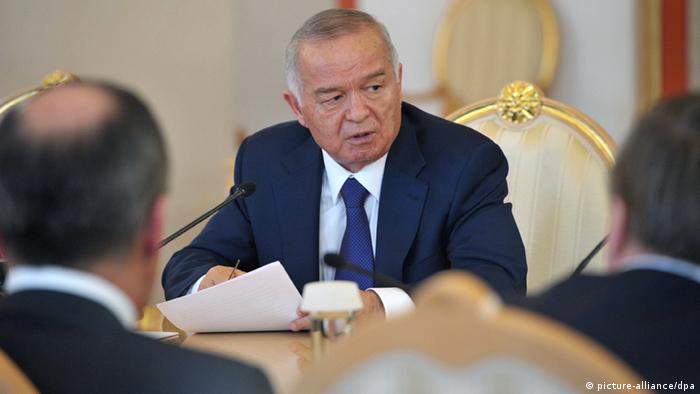 From komsomolets to prime minister

Mirziyoyev emerged from the Soviet administrative command system and is part of the Uzbek nomenklatura, the country's power elite. He studied mechanical engineering, graduated from the Tashkent Institute of Irrigation and Agricultural Mechanization, and worked as a scientist and secretary of the communist youth organization Komsomol. From 1990 onward, he was a people's deputy in the Supreme Soviet of Uzbekistan; then, in 1994, he became a member of the first parliament when the country gained its independence. Later, he was the head of administration in the regions of Jizzakh and Samarkand. He became prime minister in 2003.

Akezhan Kazhegeldin is a leading expert on Central Asia. Formerly the prime minister of Kazakhstan, now an opposition politician, he lives in exile in the West. He told DW that, as President Karimov's prime minister, Mirziyoyev had to be absolutely loyal. "In this role he was not a strategist; he was, above all, a manager. But he knows how the state works. Bearing in mind that the president relied on him for a long time, we can assume he'll maintain the country's strategy to date: the principle of non-alignment, attention to both regional and global issues, as well as strengthening the economy," said Kazhegeldin. 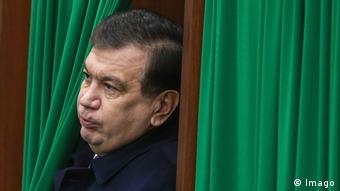 He is convinced that Mirziyoyev is conscious of two fundamental aspects of Karimov's legacy. On the one hand, in terms of modernization, Uzbekistan lags far behind the progressive countries of the world; but on the other, it is the strongest country in Central Asia today when it comes to the functioning of state institutions.

Mirziyoyev's program for the early elections contained no unexpected propositions. From the beginning, this candidate was presented to the people by the power elite as the clear favorite. In public, Mirziyoyev came across as modest. However, it was not this that got people talking about him, but his role as the "new broom." He made a number of surprising personnel decisions, and dismissed several local administrative heads. However, against expectations, he left influential Finance Minister Rustam Azimov in office, whom many saw as a possible future president. Azimov is believed to be more pro-West, whereas Mirziyoyev is more inclined towards Russia.

"The signals Mirziyoyev and his team are sending to the West have been received with cautious optimism, in particular the invitation to Western election observers and the amnesty for political prisoners," said Kazhegeldin. However, the Central Asia expert believes that this may be an indication that Mirziyoyev wants to try and modernize the economy and give businesses greater freedom.

According to Kazhegeldin, the Uzbek power system, established over decades, plays right into Mirziyoyev's hands in this regard: The state is "present in every corner of the land," making it possible to modernize "from above." However, Kazhegeldin commented that with greater economic freedom, people would also demand greater legal freedom. This, he said, would be a very difficult moment for the Uzbek leadership, accustomed as it is to authoritarian rule.