The band will soon be turning 50 and the average age of its members is 68. After many line-up changes over the years, Deep Purple is back with a new album, and off on a -last?- tour. But it could go on forever.

Old men? Being described this way is the fate of the many rock musicians who just keep going onstage past the age of 70. They have spent what feels like the last 20 years going from one farewell tour to the next, and then starting again, likely until they collapse on stage or until the last mainstay of the band dies, such as Lemmy Kilmister from Motörhead. 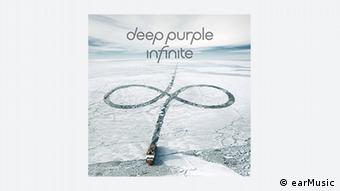 The cover of the album "Infinite"

That's why Deep Purple wisely called their upcoming world tour "The Long Goodbye." That leaves enough flexibility for this farewell tour to be stretched out indefinitely. The European tour starts in Bucharest on May 13, then they'll start the German leg of the tour in Munich on May 19, moving on to Hamburg on May 30 and spending the first two weeks of June in different German cities before heading off to the US.

Ahead of the tour, on Friday they released their 20th studio album, titled "Infinite," with the cover featuring an endless expanse of ice being covered by an expedition team. The sound is classic Deep Purple, complete with organs, guitars and heavy drums. Many songs sound as if they were made in the 1970s - but the album still manages to surprise with different fresh elements you wouldn't expect from the old rockers.

The iconic frontman of British heavy rock band Motörhead has died of cancer, which he was diagnosed with days before. Artists, fans and fellow musicians payed their respects to the rock and roll legend via social media. (29.12.2015)

UK rockers Led Zeppelin have won a lawsuit after jurors found the opening guitar passage from its 1971 hit "Stairway to Heaven" had not been lifted from US band Spirit. The song is one of the top-selling of all time. (24.06.2016)

The blues was a formative influence not only for groups like the Rolling Stones but for rock and roll altogether. Here are the artists being covered on the Stones' new album. (01.12.2016)