An intimate funeral was held in Paris for Juliette Greco, the famed French singer who was also actress, poet and darling of the Parisian bohemian. 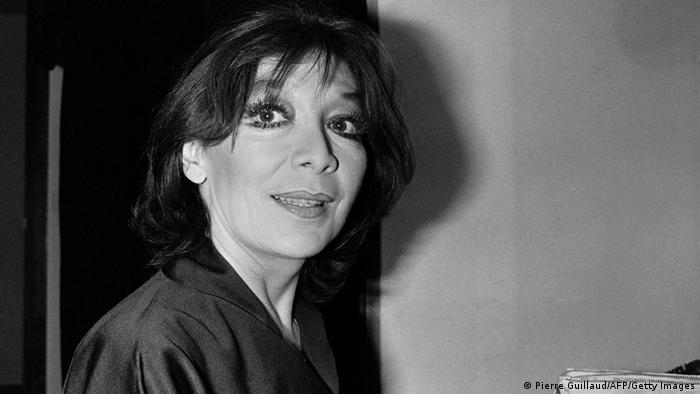 The funeral of French singer Juliette Greco, who died on September 23 at the age of 93, was held on October 5 in Paris.

It was a rather intimate funeral, but French personalities including Brigitte Macron, wife of the current French President, and former President François Hollande were among those who braved the rain to pay a last tribute to the iconic singer on Monday.

Following her death, the family's statement to French news agency AFP said that she  had died "surrounded by her family in the house she loved so much. Her life was one like no other."

She became famous in the 1950s and 1960s with the songs L'accordeon and La Javanaise. She interpreted songs from some of the most famous chansonniers such as Jacques Brel and Georges Brassens and became one of the first French women to perform in Germany after World War II.

Greco was well known within philosophical and writing circles, befriending Jean-Paul Sartre, Albert Camus, Jacques Prevert and Boris Vian. She also dated jazz trumpeter Miles Davis when both of them were becoming international stars. Davis called her his "greatest love," once telling Sartre in an interview that he would have sought to marry her if he had thought that 1950s America was ready for a high-profile mixed race marriage. The pair's personal experiences later in New York suggested it was not. They remained close for decades.

Muse of the existentialists

Sartre once said Greco "has millions of poems in her voice that are not yet written." He based a character on her in his The Roads to Freedom novel series.

Her closeness to Sartre, Camus and the French post-war bohemian scene earned her the nickname "the muse of the existentialists."

She also acted in several movies, including a 1957 adaptation of Ernest Hemingway's novel The Sun Also Rises.

During World War II, her parents were active in the local resistance. Juliette was only spared being forced into a concentration camp with her mother and sister thanks to her age. Both of her family members survived their internment.

Her wartime experiences emboldened her to stay in the political left.

Greco kept performing until she had a stroke in 2016. Her only child died that same year.

In 2016, she was awarded France's top cultural medal, the Commander of the Order of Arts and Letters, the last in a string of major national awards.