A Job Like None Other: Being a Prostitute in Germany

Morning, noon and night -- the demand for prostitutes is huge. The German Statistics Office estimates that around 400,000 women work as prostitutes. It's a normal job in Germany -- at least on paper. 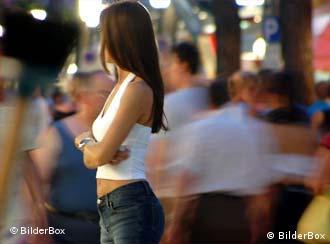 The world's oldest profession is legal in Germany

With annual turnover estimated at 15 billion euros (nearly $20 billion) a year, it's a business that cannot be ignored. European Union members states vary in their policies concerning prostitution. In Sweden, prostitutes are fined when caught turning tricks. The Netherlands and Germany, however, have pushed for complete legalization, with German prostitutes able to receive vacation and health benefits.

The German Health Ministry intends to soon present its first assessment of the situation since prostitution was legalized three years ago. 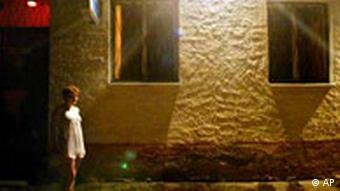 Prostitutes go about their business in different ways. In a brothel in Hamburg, some young women prance around in stilettos and lingerie in front of potential clients. One man sits in a red velvet chair with golden armrests, admiring the women. Music videos dancing across a television screen.

Other prostitutes sit in a back room and wait. They lounge around on sofas, smoking and eating chips and cookies.

Natascha, an 18-year-old from Russia, has been turning tricks for three months.

"I used to go to school," she said. "Then I quit, did nothing for a couple of years, and after awhile, I thought 'okay, I'll try it out.'"

"I ended up liking it and decided to stay in Hamburg," she said, taking a drag on her cigarette. She works six days a week.

Chantal, who is 28, does not have to work so much. She's a "part-time prostitute." She earns her living primarily through a normal job. It's enough for her and her son to live on, but she doesn't want it that way.

"I don't depend on the money; it's just a little extra," she said. Chantal only circuits the brothel when she has time and is in the mood. 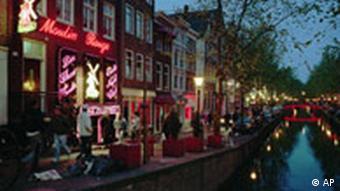 Whether they work part or full-time, none of these women are "on staff" at the brothel. Doris, the brothel madame who herself worked as a prostitute for years, said most sex workers are not interested in a contract.

"The ladies are only in the business for a short time," she said. "Here at the brothel in Hamburg, they often stay just a year or two. And they don't want it down on paper what they do."

As a result, most of the prostitutes have not signed up for health insurance or pension plans.

One exception, however, is Tamara. The 23-year-old said sex was always her hobby, so she turned it into a job. She has registered her job as a sex worker at the local authorities.

"Once everything became legal, people looked at me a bit strangely," she said.

"But I'm upfront about everything, and do not receive money from the state -- no welfare, no unemployment money, and I pay for my health insurance."

Tamara is also saving money for the future, which she believes is essential.

Though German law made it possible three years ago to employ prostitutes as staff -- with full benefits -- few have taken advantage of it, said social scientist Emilya Mitrovic, who conducted a survey for the union group verdi.

"Only those who have been in the business longer want that kind of job because they want a pension," she said.

She also said it is difficult to collect figures since insurance companies only loosely define the jobs of their insured into groups, and not individual types of employment. In other words, rather than being defined as "prostitute" or "sex worker" in insurance companies' computer systems, the women on health schemes may simply be in "group 913," which also includes hotel and restaurant workers. 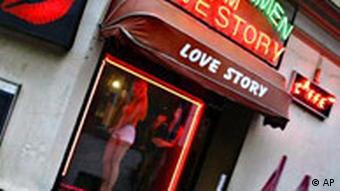 Some see it as a calling, others as a curse

Other, private insurance companies do not wish to have their reputations tainted so they do not provide information.

"Insurance companies are scared of becoming known as insuring prostitutes," said Mitrovic. "They fear they could lose business."

Stuck in a rut

Yet many of the women themselves feel their job is indecent.

Theoretically, too, the prostitutes could apply for aid as founders of new businesses, but on a practical level, most do not fulfil the requirements, said Mechthild Pingler of the Hamburg Employment Agency.

The prostitutes' chances of finding other employment through state-run job placement programs are also slim.

"We do not, however, offer prostitution jobs to people," Pingler stressed. "That protects the unemployed, who through the Hartz IV program are otherwise are forced to take any job not deemed 'immoral.'"

Pingler has been working with prostitutes for 15 years. Hardly any of the women she knows have taken part in occupational retraining programs since most of them could not easily integrate themselves into another job market.

"The biggest problem is that the women have a completely different way of working than in most other jobs," she said. "They may have worked hard all their lives, but prostitution is still not your classic nine-to-five job."

The western German city of Cologne enjoys its reputation as a happy-go-lucky metropolis, so much so that tax officials have given up denying people their vices in favor of enjoying record revenue from a "sex tax." (15.12.2006)

The Council of Europe is looking for ways to standardize laws on prostitution on the continent. But not everyone is in favor of legalizing the oldest profession in the world. (23.09.2006)