Interpreters oil the wheels of the EU machine, ensuring that people from all 27 member states can communicate effectively with one another. But it’s a skill few people are able to master, as DW found out. 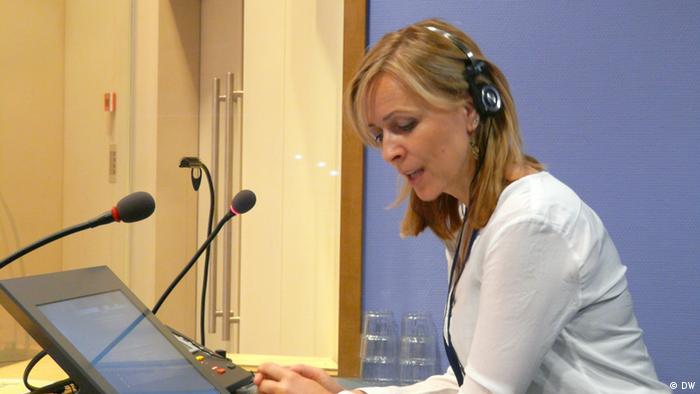 In the press room of the European Commission, Androulla Vassiliou, Commissioner for Education, Culture, Multilingualism and Youth, takes to the podium ... and starts speaking in Greek. The large auditorium is full of international journalists - and there's a scramble to put on headphones. Almost imperceptibly, the interpreters seated in glass booths around the chamber, begin to do their thing: Simultaneously interpreting the Greek into over 20 different languages.

In the Slovak booth next to the stage, Janka Nagyova and her colleague have a momentary panic! Neither of them speaks Greek. But they have to interpret into Slovak regardless. Nagyova explains how it works.

"There were two people in the French and English booths with Greek and they just interpreted into English and into French, so my colleague worked then from French," Nagyova explained. "So we do not work directly from the floor from the speaker, but via another language." 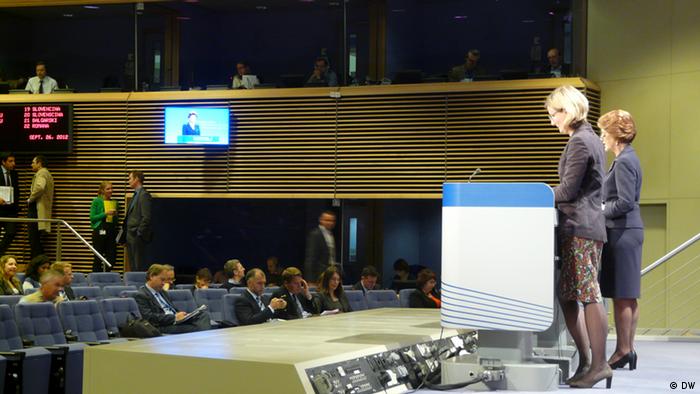 Commissioner Vassiliou takes to the podium

This concept of a "relay" is one of the keys to unlocking the mystery of interpreting. While all interpreters are multilingual - Nagyova herself speaks five languages, others speak seven or eight - no one could hope understand everything. In fact, the real skill is speed: Being able to listen to what's being said, translate it in your head and talk at the same time. In that sense there's a huge difference between interpreting, which is oral, and translating, the written equivalent of transforming words into another language.

"There is also a different dynamic in it because when I worked as a translator I was a master of my time," Nagyova said. "I did mainly books. It may be different with technical translations or translations for institutions where you also have this time pressure. But still, the time pressure is not comparable with what we have here."

The press conference goes at lightening speed - the journalists can ask questions on any topic, from the latest on the crisis in Syria to the details of banking reforms - so it's very hard for the interpreters to prepare for what might come up. But Nagyova is modest about her skills.

"We say women can do many things at the same time, plus I am a twin in my head - always split - but I think it's a matter of training, and probably also a talent," she said.

The good thing is that the working day is very short - particularly in this instance. The press conference lasts for about an hour, and is followed by a technical briefing for journalists. The whole event is over within two hours, and this will be Nagyova's only assignment for the day. After all, it's hard to concentrate so intently for long periods. Nagyova is part of a rotating team of commission interpreters, who are deployed wherever they are needed, in meetings, speeches and round-table discussions. 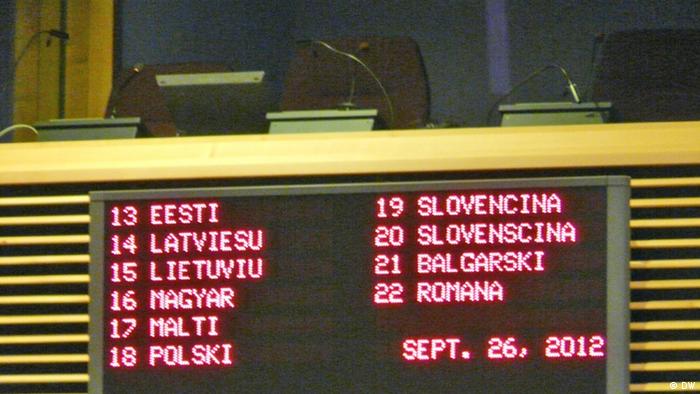 Delegates can choose from over 20 different language channels

Born in what was then Czechoslovakia at the height of the Cold War, Nagyova didn't set out to become an interpreter. In fact, she became an actress and worked for a travelling theater company. It wasn't until several years later when her son was born that she decided to get into a more stable profession. She started translating and step-by-step entered into the world of interpreting.

When Slovakia joined the European Union back in 2004, Nagyova was well-placed to join the Slovak interpreting department in Brussels. She had visited Belgium after the collapse of the Soviet bloc in the early 1990s and had immediately felt at home there.

"I very much like Brussels," she said. "I like not just the town but also the atmosphere here - the mixture of cultures and languages. It's probably also because I grew up in Czechoslovakia and in those days we had no contact with the outside world, but now I have all these options here." 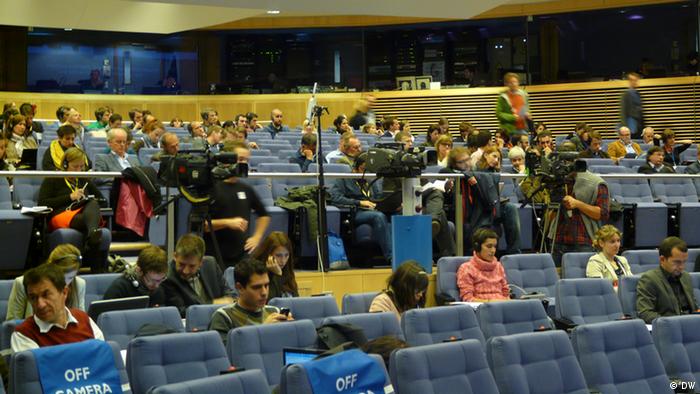 Back in the press room, the conference has ended and the journalists are spilling out. How much do they value the interpreting service?

"It's particularly important on a day like today when the commissioner is talking in her own language - on other days English is more common. When that happens, I find the interpretation useful for really technical briefings - to get the right terms," said one French journalist.

For Nagyova, the biggest challenge - aside from people not switching on their microphones - is people who attempt to speak English, even when it is not their mother tongue.

"English is so widespread now that everyone speaks English and everyone believes they speak proper English and that's not true and sometimes we really have to decipher the language we hear, " she said. "Sometimes it happens even that we're not sure what language it is! I once tried to interpret from Maltese because you know it sounded like English and I thought well, this must be some type of English and then my colleague switched me to the proper channel."

Perhaps that's a lesson that the speakers should take advantage of the interpreters' skills and use their own language to get the message across.

The European Union can seem impenetrable to outsiders. But in the past few years, the EU has taken a number of active steps to improve transparency. They’ve started by tackling the issue of jargon-heavy language. (18.09.2012)

A day in the life of an MEP

To get a sense of what a typical working day looks like at the European Parliament in Brussels, our correspondent spent a day shadowing German Green parliamentarian, Franziska Brantner. (09.11.2012)

Single-seat debate heats up in EU

How can the EU justify having two parliamentary seats at the height of the euro crisis? A group of parliamentarians is pushing to get rid of sessions in Strasbourg and hold all debates in Brussels. (05.11.2012)

Listen to the report from Brussels