A Cycle Trip and Tipple Along the Moselle

A cycle trip along the Moselle River is an ideal way to enjoy one of Germany's most beautiful regions without even having to break a sweat. 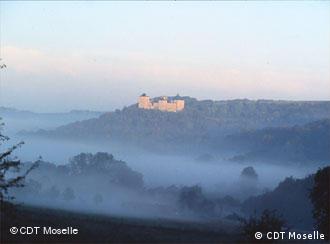 Off the beaten track in the Moselle Valley

One of the most convenient routes is to follow the Roman road which snakes between the sloping vineyards along the scenic banks of the Moselle River (Mosel in German).

Thanks to an efficient network of cycle routes, including the "VeloTour Mosel," exploring the lush valleys and picturesque region by bike is an experience that isn't only reserved for the iron-limbed.

History at your fingertips

Steeped in ancient history, the Moselle region was under Roman rule for the first five centuries A.D., and the traces are still visible today. 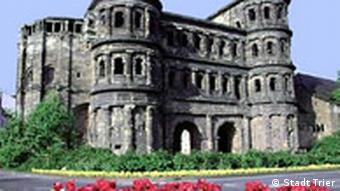 Trier, Germany's oldest city, was the capital of the western Roman Empire. Today, it contains the largest collection of ancient Roman buildings outside of Rome, with the remains of its amphitheater, landmark Roman gate and wall -- the Porta Nigra (photo) -- still attesting to its glory days as "Roma Secunda."

Visitors can admire the town's impressive basilica, used in the early 4th century by Emperor Constantine as an audience hall and throne room; explore the expansive ruins of the Imperial Baths, remodeled during the 4th century as a barracks for more than 1,000 soldiers; and investigate the foundation of Germany’s oldest bridge, then as now a gateway to the Moselle vineyards first established by the Romans.

Along with the last vestiges of Roman rule, the region's best-known features are its fairytale castles, pretty villages with half-timbered houses, folklore and legends. 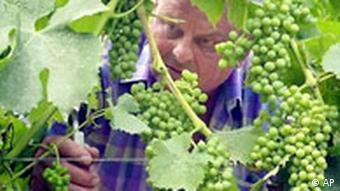 Another local highlight is, of course, the wine. Connoisseurs can stay overnight on one of the region's many wine estates, where they can sample a product that's been cultivated here since the second century. The Saar-Ruwer is a wine-producing area with a worldwide reputation.

So when all that peddling gets too much, there'll always be a shady veranda to retreat to with a glass of chilled Riesling.

Fingers Crossed for the Wine of the Century

The drought in Europe this summer may be a boon to wine producers. The abundance of sun could just contribute to one of the best vintages Europe has seen in years. (July 31, 2003)

You might not be winning the Yellow Jersey just yet, but cycling can still be a rewarding experience. A tour by the Rhine offers many delights - all taking a fraction of the energy needed to win the Tour de France. (July 30, 2003)

"Roma Secunda", the second Rome: That's what Trier was called during the second and third centuries. Anyone visiting the city today literally stumbles over ancient traces at nearly every corner. (Nov. 11, 2004)