You might not be winning the Yellow Jersey just yet, but cycling can still be a rewarding experience. A tour by the Rhine offers many delights - all taking a fraction of the energy needed to win the Tour de France. 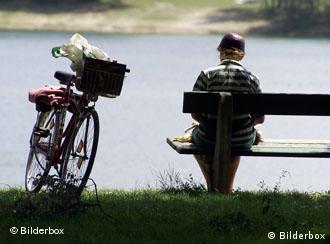 History, myth, scenery or just a quiet moment - experience it all down by the Rhine.

If the Tour de France is still a little out of your league, then why not try the Tour de Rhine? We’re not talking about competitive cycling here, but a leisurely ride down Germany’s most famous river, taking in the historic Roman city of Cologne, the former Cold War capital of Bonn and finishing with a well-earned break in Koblenz, at the cross roads of the Rhine and Mosel.

And if pleasant cycling is the order of the day but you still secretly fancy yourself as the next Jan Ullrich or Lance Armstrong, then you can always take in the sights dressed head to toe in luminous Lycra – many do.

After all cycling is seriously good fun in Germany, with the emphasis on "seriously." Germany is a country where leisure is not just a business or pastime, but a fundamental right of the people.

One set of leisure seekers that benefits most from this fact are the cyclists. Those enjoying the winding paths of the Rhineland area are blessed with a total of 300 kilometers (186 miles) of paved, maintained and meticulously-routed cycle highways which snake around and bisect the countryside. Save for a few close calls with nearby autobahns, this route, like most of them in Germany, takes in hill and dale, river and stream and, of course, the odd beer garden.

In the footseps of Caesar and Attila the Hun 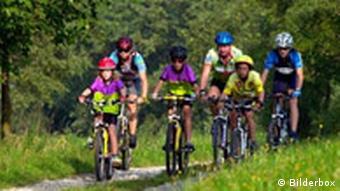 As with most things in Germany, cycling has its own order. Many routes offer an infrastructure of signs which highlight places of interest for those who don’t want to miss anything out.

The route along the Rhine is no exception with its romantic vistas and historical legacies. The paths follow in the sandaled footsteps of Julius Caesar and his legions who settled along the river at Cologne, Bonn, Nierstein and Koblenz, while Attila the Hun's butchery hereabouts earned him the nom de guerre "the scourge of God."

The timbered houses in the cobblestone villages along these banks also witnessed the Great Plague and the Thirty Years War. From time to time, these banks also experience flooding - something to bear in mind before setting out.

Beginning the tour in Cologne, you have the luxurious choice of two well signposted paths on either side of the river. Taking the “Schäl Sick” or "wrong" side of the river (that which does not play host to the city center’s delights) is actually the more attractive option to start with as the "right" side takes the Koblenz bound cyclist along a number of main auto routes.

Sooner or later, however, the woods, parks and picturesque watering holes have to be left behind as the route on the “Schäl Sick” comes to an end. Taking one of the small ferries across the Rhine, the path continues down to Bonn.

Wine and legend in the valleys 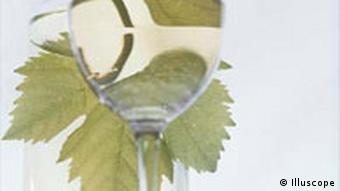 Because cycling shouldn't be your only pleasure.

Crossing the Kennedybrücke, the bridge named after John F. Kennedy, the tour takes in the opera house and concert hall in Bonn, the birthplace of Ludwig von Beethoven and the post-war German Republic.

Onwards, the route offers a superb view of the castled crags of the Drachenfels, where Siegfried in Richard Wagner’s Ring saga slayed a dragon and bathed in its blood to make himself invincible.

Further on, as the route winds into Koblenz, fans of the grape can view the region’s vineyards and try the local tipple.

Although just one of many bike tours available to enthusiasts visiting the country, the Cologne – Koblenz route offers a good selection of all that's good about leisurely cycling in Germany: beautiful scenery, historic sights, mythical stories and the opportunity to take a break and sample the great beer, wine and food.

After all, it’s not a race.

From Norway to Greece, Frank Hülsemann traced 4,000 kilometers (2,485 miles) of the former Iron Curtain on his mountain bike. The athlete talks about the people he met and what remains of the former divide. (02.11.2006)

Looking to experience the charm and variety of Germany without working too hard at it? You may want to consider a river cruise. Just sit back, relax, and watch thousands of years of history glide by. (May 6, 2003)

The Rhine is the longest river within Germany and is known for its beauty, with medieval castles and lovely wine villages along its banks. But it didn't used to be that way. For a long time, it was heavily polluted. (27.10.2006)