A Close Look at Surveillance in Europe | News and current affairs from Germany and around the world | DW | 30.04.2005

A Close Look at Surveillance in Europe

A group of political scientists, criminologists and technicians have joined forces for the European research project Urban Eye, an investigation into the social effects and political consequences of video surveillance. 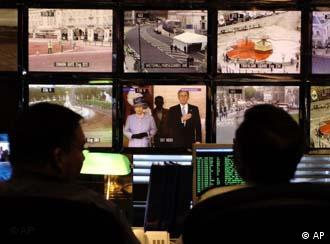 For many years, security cameras have been a part of every day life in Europe -- in shopping centers, at cash dispensers and in airports. Germany has had the electronic eye since the 1950s when the first traffic cameras were introduced.

In the 1990s, the number of cameras positioned in public and urban locations expanded rapidly on a global scale; from London to Tehran, Berlin to Beijing, where the use of video equipment was turned to fighting crime and vandalism. For advocates, surveillance is a necessary and efficient security measure, for opponents it is an infringement of privacy.

It seems that the debate is set to rage on until there is a uniform set of regulations which will placate both sides. And that is where the political scientists, criminologists and technicians from the European research project Urban Eye come in. 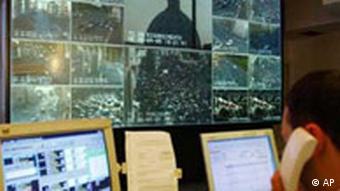 Even the Vatican uses video surveillance

The Urban Eye is a comparative research project analyzing the employment of CCTV (close circuit television) in public accessible space in Europe. It intends to assess its social effects -- in terms of changes in criminal and every-day behavior -- and political impacts regarding law enforcement, civil rights and the character of public space in order to finally outline strategies for its regulation.

Video surveillance was thrust to the fore of the public consciousness in Britain in 1993 when cameras in a Liverpool shopping center caught the moment when two11-year-old boys, Jon Venables and Robert Thompson, kidnapped two-year-old Jamie Bulger.

The cameras did not prevent the subsequent murder of Bulger but the tapes did lead to the conviction of the killers and the decision by the British government to invest two million pounds (2.9 million euros, $3.8 million) in a nationwide system. In 1991 there were just 10 systems in the Britain. Now there are four million, more than any other country in Europe.

The Bulger case was instrumental in the rise of video surveillance systems across Europe, said Leon Hempel, a social scientist at the Center of Technology and Society at the Technical University of Berlin, which coordinates the Urban Eye project. The case persuaded the British public of the advantages of having video surveillance cameras in public spaces and the effectiveness of systems in preventing crime, he added. 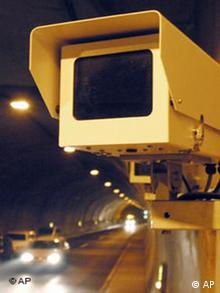 Surveillance camera in a car tunnel

"The intense media attention afforded to the case played on the growing paranoia in Britain at that time," Hempel said, adding that the roll out of technology across the country gave the impression that video systems would make the populace safer. The 75 percent reduction in crime as a result seemed to prove that assumption.

However, the widespread introduction of video cameras in Britain raised a number of legal questions which were only addressed much later. It was only until the introduction of the Data Protection Act of 1998, some five years after the Bulger case, that CCTV systems had to have an explicit legal basis to be employed in public spaces.

Since then, the impact of CCTV on British cities has led to a reduction in violent attacks resulting in serious injury, according to figures released this week. Jonathan Shepherd, who led the study conducted by Cardiff University, told British daily The Independent that the installation of CCTV cameras in city centers had helped prevent injuries from violence even though it had not curbed the number of assaults. In England and Wales, nearly 29,000 fewer people were admitted to hospital with assault related injuries in the last five years. 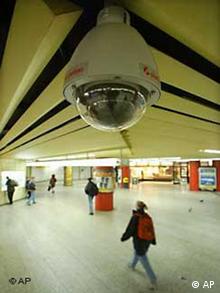 Watching over an underground mall in Stuttgart

In an example of where countries differ, Germany has very different regulations. For video surveillance to be approved in public spaces, the state laws need to be changed. A pilot project in Regensburg is under way where the local police in the Bavarian town have created a law under which video surveillance is allowed.

However, the pilot project raises some concerns surrounding the positioning of cameras in private spaces and the effect the cameras have on the reduction of crime. 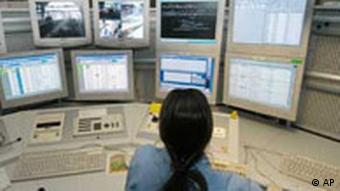 The researchers at Urban Eye are concerned that there are too many gray areas in the use of video surveillance regarding effectiveness in the reduction of crime and the possible infringements of civil rights. A British study by researchers Clive Norris and Gary Armstrong, which consisted of a study of 600 hours of footage, also hinted at possible discrimination problems and abuse of surveillance equipment.

"The researchers sat and watched what and who were being observed," Hempel said. "And they came to the conclusion that it was mainly young black males. In this respect, the surveillance reinforces a certain prejudice and asks important questions about the observation practices of some security operatives."

These are the questions that Urban Eye wants to answer as well as those regarding the effectiveness and lawful basis of CCTV systems across European countries.

"Our recommendation would be that quality standards should be evaluated, effectiveness proven and that systems work within a lawful basis and with licenses," Hempel said. "The problem is not only that the citizen is filmed in a public space but also in private places for different reasons."

A German court on Tuesday ruled that police may continue to track the movements of terror suspects and criminals using Global Positioning System (GPS) technology. (April 12, 2005)

Cameras in the Clouds

In an attempt to reassure frightened passengers, airlines are stepping up on aircraft security measures. Jet manufacturer Airbus is building surveillance cameras into its cabins. (May 13, 2002)

How much state access to telephone and Internet data is too much? The raging debate takes a new turn as the EU examines an anti-terror proposal that would save data across the board for up to three years. (Dec. 3, 2004)

Zelenskyy visits front-line city in southern Ukraine — as it happened 18.06.2022

The Ukrainian president visited soldiers on the southern front line during a working visit to the Mykolaiv area. Meanwhile, German investigators say they're examining hundreds of war crimes suspects. DW has the latest.