A campaign to reform rules on dual citizenship launches in Germany | Germany | News and in-depth reporting from Berlin and beyond | DW | 28.06.2009

A fresh campaign to reform dual citizenship laws has been launched in Berlin. Currently, children who are born in Germany to foreign parents must choose between nationalities by age 23. 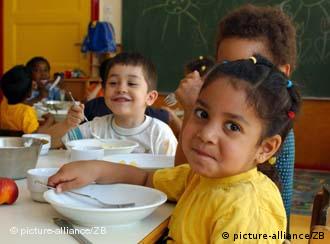 The campaign was launched last week by a coalition of politicians, churches, social groups, lawyers, and academics who say it is unfair to force children of migrants to choose between Germany, where they were raised, and the birthplace of their parents, whose culture and traditions they often share.

Since 2000, children born in Germany automatically become German citizens when at least one parent has permanent residency status. Up until adulthood those children can also retain citizenship of their parents' country of origin. Sometime between their 18th and 23rd birthday, however, they must renounce their foreign citizenship in order to maintain their status in Germany.

The only exception is for children born in Germany after 1990 to parents from EU member states. Germany's large Turkish community is the group most affected by the current system.

Kenan Kolat, head of the Turkish community, is a supporter of the campaign. "The government now has the opportunity to win over young people, if they forgo this law," he says.

The campaigners have set-up a website to argue their case that, until now, has found little public support. Their main message is that dual citizenship does not equate to a loyalty problem. Marieluise Beck of the Green Party says that forcing foreigners' children to choose a nationality creates a sense of mistrust between the state and children of migrants.

It is also a very emotional decision for many people. Dieter Wiefel-Spütz, the Social Democratic Party's domestic policy expert, told the "Frankfurter Rundschau" newspaper that, "the so-called 'options model' is a bureaucratic monster which tortures people."

This year around 3,900 young people with dual nationality in Germany will have to make their decision on whether to remain German or to become a foreigner.

Fewer foreign residents of Germany chose to become naturalised German citizens last year than in any previous year since reunification in 1990. (12.06.2009)