A broken oath: Reichsbürger in the police force | Germany | News and in-depth reporting from Berlin and beyond | DW | 31.10.2016

A broken oath: Reichsbürger in the police force

There are Reichsbürger members in the German police force, despite the fact they actually reject the state they work for. The revelation comes after a member of the right-wing movement shot and killed a policeman. 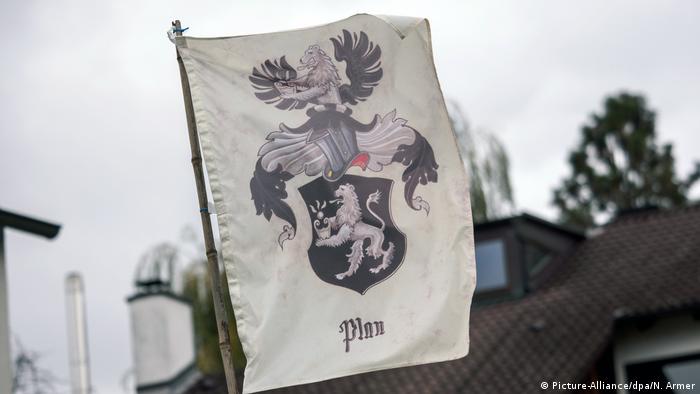 The sad occasion of a colleague's funeral reminded German police officers of the dangers posed by Reichsbürger members. Bavarian Interior Minister Joachim Herrmann said in his eulogy that the shooting of a policeman was an "attack on our values, the constitutional state and us all." He said it was the reason "why the police had to crack down on all the so-called Reichsbürger and seize all their weapons."

Police officers across Germany have begun investigating. They are searching for Reichsbürger members among their own ranks, meaning police officers who are against the state they are supposed to be protecting. The number of disciplinary procedures for police officers who are under suspicion of being connected to the Reichsbürger scene has increased several fold in a short period of time, according to the "Süddeutsche Zeitung" newspaper. At the moment, disciplinary action is being taken against 15 police force members across Germany.

Believing in the German Reich

Who are the Reichsbürger? They do not actually exist as an organization as such. They are instead a very fragmented and somewhat contradictory scene without a leader or hierarchy. The only things that unite the movement are the belief that the German Empire still exists and the refusal to acknowledge the Federal Republic of Germany as a state. In the opinion of the Reichsbürger, the German Reich still exists, as do the country's 1937 borders. They consider the Federal Republic of Germany to instead be a limited liability company. 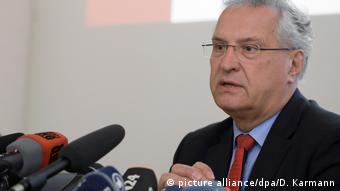 Herrmann: The shooting was an 'attack on our values, the constitutional state and us all.'

Some of the Reichsbürger have their own "substitute documents" like the Reichs-ID, which they carry with them as though it were an official identity card. They have even founded states like the "Exile Government of the German Reich" or the "Free State of Prussia". The "imperial citizens" deny the legitimacy of state institutions such as courts or police and do not accept state decisions. They often do not pay taxes or fines and frequently annoy authorities with their formal complaints or long, written statements.

The movement is made up of informal, but sometimes cult-like conspiracy theorists, right-wing extremists and trolls. The heterogeneous nature of the group makes it hard for authorities to estimate how many people are in the movement. According to a survey conducted by the DPA news agency in the interior ministries and security agencies of the German states, there are at least 1,100 members of the Reichsbürger movement across the country, however, seven of the 16 states could not provide concrete responses.

Either you are for or against it 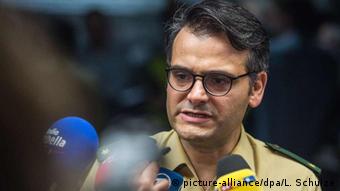 "The views of the Reichsbürger clash 100 percent with the free democratic order that the police is based on," he told DW. "They do not go together. Either you are for it or you are against it. The Reichsbürger would then be financed by the state that they reject or want to dismantle."

"If these people admit their loyalty to the German Reich, then they can act like any other citizen, and they should," he said. He feels it is legitimate to work in the public sector while expressing one's beliefs as a Reichsbürger, saying the German constitution protects freedom of opinion.

Police officers known to be part of the Reichsbürger movement have been suspended. One officer in Munich made very obvious comments about his leanings and he was immediately removed. Other police forces have found Reichsbürger in their own ranks. Their discoveries were more or less coincidental, but the search continues. 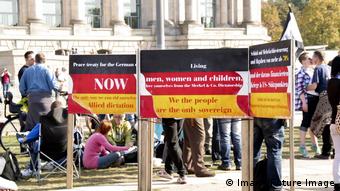 Reichsbürger do not recognize the Federal Republic of Germany

"I think that special measures are hardly necessary because every colleague has been very vigilant when dealing with this phenomenon," said Sebastian Fiedler from the Federation of German Police Officers. "Suspicious cases are immediately investigated and disciplinary responses have been very strict in my opinion."

Police unions are also of the opinion that people who subscribe to this ideology do not belong in state law enforcement agencies.

The threats posed by the Reichsbürger are still open for debate. The shooting in the Bavarian town of Georgensgmünd shows that many of them own weapons. So what can be done about Reichsbürger who have legal access to firearms in their jobs as policemen?

"The extent and individual willingness to use violence was certainly underestimated," said Fiedler. "It won't happen again after these awful events. It is always sad that sacrifices must be made before something changes."

German police have uncovered a weapons stockpile believed to belong to an anti-government extremist who shot a policeman dead. The man, who was detained, is a member of the far-right Reichsbürger movement. (28.10.2016)

After a deadly shootout, the government of Bavaria is asking for increased surveillance on supporters of the "Reichsbürger" movement. Members do not recognize the authority of the German state. (23.10.2016)

The number of anti-government activists is growing in the US. They do not pay taxes, print their own documents - and occasionally shoot and kill police officers. DW takes an in-depth look at these "sovereign citizens." (20.10.2016)

After an uproar over the presence of far-right sympathizers in the German police, the country's most-populous state has said it found some officers tied to far-right groups but no networks of extremists among the force.