A Bicycle Thief With a Heart

Who says thieves are hardened criminals? A German cycling around the world for over four decades had his bicycle stolen. But the thief must have had a soft spot for his resolute appeal to the media. 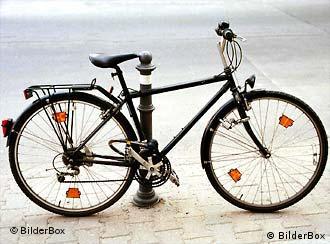 Better keep that bike locked up!

For almost 44 years, Heinz Stücke traveled the world on his beloved three-speed black bicycle. After 335,000 miles (539,100 kilometers), the "most traveled man in history" had his bike stolen in Portsmouth, southern England as he slept in his tent.

Luckily for Stücke, the thief reads the paper. In an interview with the Portsmouth News, he said he would do anything to get his bicycle back.

"I am very emotionally attached to my bike," Stücke told the paper.

Just a short time later, police found his prized two-wheel companion in a nearby park. Stücke told BBC radio on Wednesday he was rejoicing.

"I expected it to be found, because it's not a flashy one, it's not an expensive one," he said.

The German cyclist left his home in Hövelhof in 1962 and has never returned. He has traveled through more than 200 countries and made it into the Guinness Book of World Records.

A selection of offbeat and quirky stories from DW-WORLD's From the Fringe vault.

A robber in the northwestern German city of Cologne almost failed in his heist at a local newsstand when his tightly wrapped disguise rendered his demands unintelligible. (Nov. 30, 2005)

A German security guard who made off with a substantial sum destined for a bank was eventually caught following a 10-day manhunt by Interpol agents -- after calling home to his mom from a Croatian beach resort. (Oct. 26, 2005)