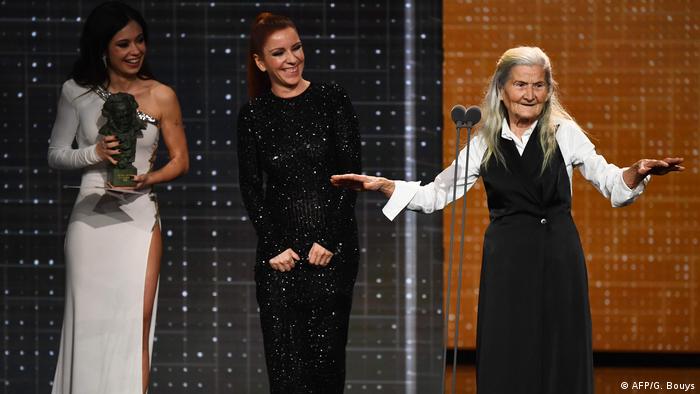 The Goya Awards, the equivalent of Spain's Oscars, took place in the southern Spanish city of Malaga. 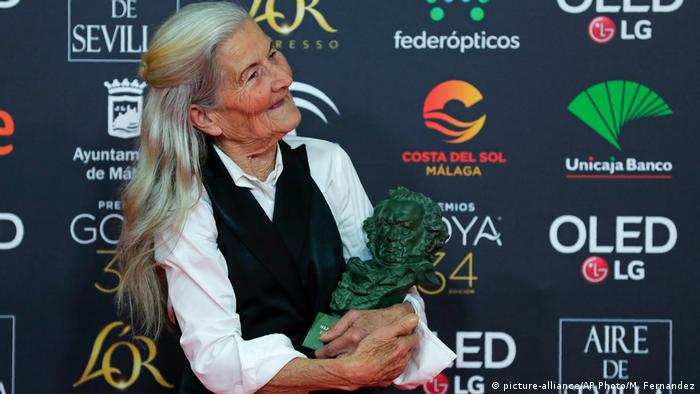 Sanchez, who was competing against three younger actresses, reacted to the award's announcement by raising her eyebrows and glancing to the side in an expression of near disbelief.

In her acceptance speech, Sanchez, a Spaniard with no formal acting training, said, "Life hands you surprises, and this is a very big one in my long existence."

Only actors without prior screen experience are eligible to win the best new actress category.

Sanchez won for her role in the film O que arde (Fire Will Come) by French-born Spanish film director Oliver Laxe. In the movie, she plays the mother of a convicted pyromaniac who returns home to a small rural village in the mountains of Galicia, in northwestern Spain. The film won a Jury Prize at the Cannes 2019 film festival.

At Cannes, Sanchez became a sensation on the red carpet when she danced the muneira, a traditional dance of Galicia, the region where she was born and her current home. 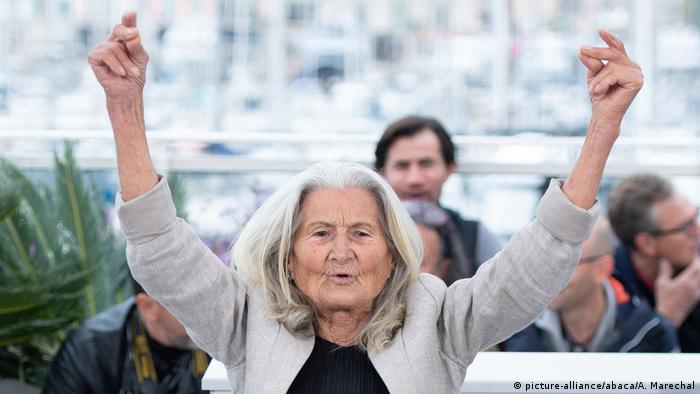 Sanchez, who was born in Galicia, danced the region's traditional dance at Cannes

From Galicia to Brazil and back

Sanchez was born in the small northwestern municipality of O Corgo in 1935. After marrying at age 17, she and her husband at the time emigrated to Brazil, where she worked in a bar and a bookshop before becoming a photographer. A lifelong vegetarian, alpinist and world traveler, she returned to Spain in 1979 after separating from her husband.

After living in the south of Spain, she eventually returned to Galicia. It was there that her daughter encouraged her to join a local theater troupe and to eventually audition for the role of the mother in Laxe's film. 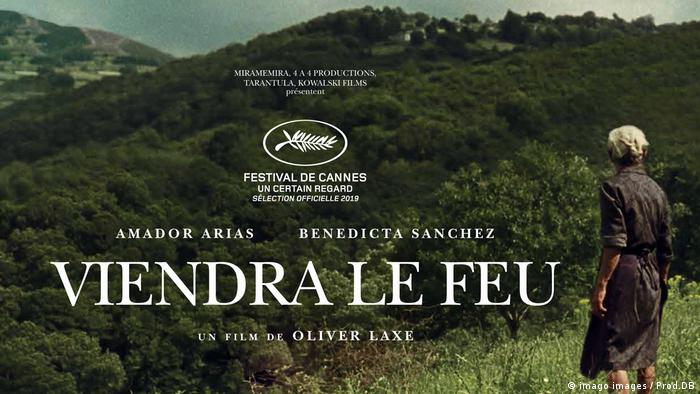 Sanchez won for her role in the small release hit film 'Fire Will Come,' directed by Oliver Laxe and set in Galicia

"They were looking for a woman older than 65, and I had this feeling that they would pick her," Sanchez's daughter Emma told the Spanish magazine Hola! about getting her mother to audition for the part.

"She was also getting people to laugh … she made the script her own," she added.

Sanchez earned cheers and applause from the award ceremony audience on Saturday when, toward the end of her Goya acceptance speech, she said, "Help me! Tell me things so I can say them and not fall silent."

While Sanchez is the oldest best new actress winner, the oldest person to have been nominated was 93-year-old Antonia Guzman in 2015.

Another octogenarian actress joined the record-breaking ranks during Saturday's award ceremony: Barcelona-born Julieta Serrano, 87, won best supporting actress for her role in Pedro Almodovar's Dolor y Gloria (Pain and Glory), becoming not only the oldest winner in the category — but also the oldest-ever recipient of a Goya, according to Spanish Vanity Fair. Sanchez held that record from her win on Saturday until Serrano's nod later in the ceremony.

Unlike Sanchez, Serrano is a well-established professional actress who has featured in many Almodovar films, as well as works by some of Spain's other famous directors. Serrano had been nominated twice for the Goya Awards prior to her win on Saturday night.

A comedy set in 18th century England, "The Favourite" was awarded Best Film at the prestigious European Film Awards. The movie's lead actress, Olivia Coleman, previously won an Oscar for her performance. (07.12.2019)

Article (in Spanish) on Benedicta Sanchez