Sixty years ago, the UN adopted the Convention on the Prevention and Punishment of the Crime of Genocide. This week, historians, lawyers and politicians discussed the convention's future at a conference in The Hague. 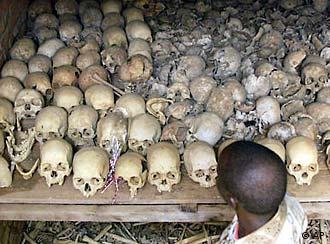 Why is it that a massacre, as horrific as it may be, is not considered genocide? At what point can we begin using the word genocide to describe the worst crime committed human beings can perpetrate on each other? These were the types of questions being posed at a conference in the Hague on Monday to mark 60 years since the United Nations General Assembly adopted Resolution 260, better known as the convention on genocide.

Among the guest speakers was Chief Prosecutor of the International Criminal Court, Luis Moreno Ocampo. And it's no coincidence that the conference is being held in The Hague, which, due to its many international courts, has developed into the "legal capital of the world," former UN General Secretary, Boutros Gali, once said.

Among the program points was a discussion about the definition of genocide as it was laid down in the UN Convention on December 9, 1948. The most important criterion is the intention to completely obliterate an entire race. That's why genocide doesn't always involve massacres -- a single murder will do. Even if all the women of a certain population are to be made infertile, or all the children are to be kidnapped, it can still be genocide if the purpose is to wipe out that population. It's the most decisive criterion, and for the prosecutors, the hardest to prove.

The Polish-Jewish lawyer Raphael Lemkin -- a pioneer in the field of international justice -- coined the term genocide. He was responding to the mass murder of Armenians at the hands of the Turks in 1915 -- a massacre that even today, is not legally classified as genocide.

This also applies to the Holocaust. It was never explicitly defined as genocide before a court, and not a single defendant has ever been found guilty of genocide towards the Jews. The usual verdict was "crimes against humanity."

Only in the last 15 years have courts ever found defendants guilty of genocide, in two cases -- Rwanda and the former Yugoslavia. In the judges' opinions, the mass murder of the Tutsis and the murder of thousands of Muslim men and boys in Srebrenica were clear cases of genocide. At the Rwanda tribunal, a large number of political leaders were given life sentences in prison. 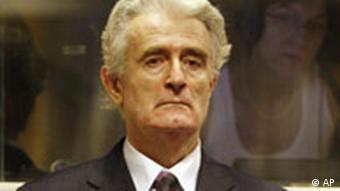 Because of the small number of convictions, recently, the voices of those who would loosen the criteria for genocide have been growing louder. It's a subject that was up for debate at the conference in The Hague, but for Dutch historian and director of the Amsterdam Center for Holocaust and Genocide Studies, Wichert ten Have, it's out of the question.

"I don't think this is the right way to go," he said. "It was hard enough to get all the countries to accept the current definition 60 years ago. Just because jurisprudence has to be created and the world is waiting for verdicts is no reason to start revising this definition."

Not a word to be used lightly

Another topic for discussion at the conference was misuse of the word "genocide." The prominent indictments against Karadzic and El Bashir have had the effect of popularizing the term, to the extent that it's now even being used by animal activists describing the suffering of animals. Politicians also more frequently use the term in order to justify violence and military engagement.

"The bloody conflict between Russia and Georgia is a perfect example," said Ten Have. "Both sides deliberately spoke of genocide, even though in this case, it really wasn't applicable. We have to keep the term pure -- both legally and politically speaking. And we have to accept that it shouldn't be used lightly."

ICJ: We Can Hear Croatia's Genocide Case Against Serbia

The International Court of Justice has ruled that it does have jurisdiction over a case Croatia would like to bring against Serbia for mass-murder. But it remains to be seen whether the case will ever come to trial. (18.11.2008)

Radovan Karadzic refused to enter pleas on all 11 counts of charges against him at the International Criminal Tribunal for the former Yugoslavia in The Hague. The court entered pleas of not guilty for him. (29.08.2008)