In the words of its first Secretary General Lord Ismay, NATO was formed to “keep the Americans in, the Russians out and the Germans down.” Part one of DW-WORLD's NATO retrospective looks at the years 1949 to 1989. 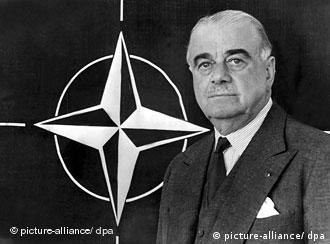 Washington, April 4, 1949. In a celebratory atmosphere, the foreign ministers of 12 North American and European countries signed the founding documents of the North Atlantic Treaty Organization, or NATO.

Even if World War II was still fresh in the minds of those involved, NATO's biggest enemy wasn't demilitarized Germany, but the Soviet Union. For Western Europe, there was no alternative to this alliance with the United States, said former British Foreign Secretary Ernest Bevin in a radio broadcast.

“What were peace- and freedom-loving nations to do?” he asked. “Stand by and wait for one after the other to be destroyed? Or build a system of collective security that would bind their people together in strong resistance against this threat? We decided in favor of this second way.” 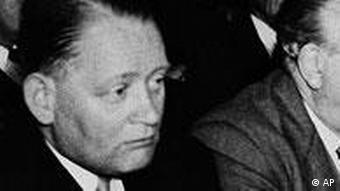 NATO saw itself as a group with common values

Central to the treaty is Article 5, which outlines the principle of collective defense. The article says that an attack on any member shall be considered to be an attack on all. How exactly the members contribute to the defense of the member under attack is left up to the discretion of the member states.

From its inception, NATO saw itself as a community bound by common values. Despite this, non-democratic states were admitted to the fold, and not just for strategic reasons, according to the German military expert, Franz-Josef Meiers.

“Inwardly, values play a very important role,” he said. “Membership was supposed to fast-track the democratization process in countries such as Spain or Greece.”

Germany was a special case. Though it was destroyed in the war and demilitarized, it was nonetheless indispensable to NATO because of its long-term strategic value. On May 9, 1955, former German Chancellor Konrad Adenauer arrived in Paris to sign the membership declaration for his country. Hans Speidel, who would later serve as NATO commander during the Cold War before his death in 1984, was once asked to describe the moment.

As NATO leaders meet to celebrate the 60th anniversary of the military alliance's founding, Deutsche Welle looks at the organization's history, its current operations and future challenges. (03.04.2009)