Jugend musiziert began one year after its founding in 1963 with the search for future orchestra members. The contest is still a key musical springboard five decades later. 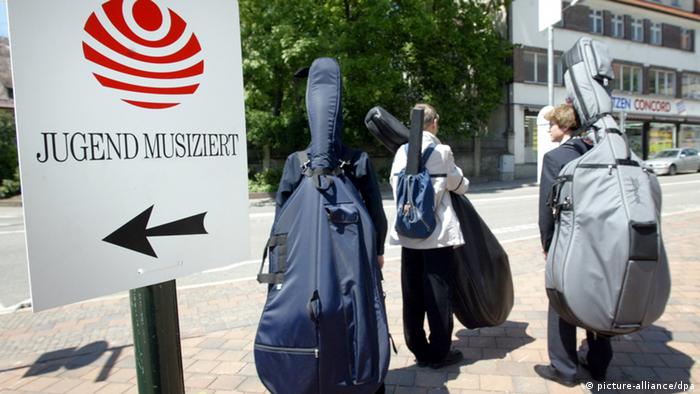 Sweaty palms, red cheeks - cold sweat running down the forehead, trembling fingers. The participants' uneasiness was plain to see on their faces, and it seldom faded before the music began. It's the same picture today as 49 years ago when the first competition to promote Germany's young musicians was staged, one year after the establishment of the "Jugend musiziert" (Young people making music) program that hosts the contest of the same name.

The idea behind Jugend musiziert came from music manager and journalist Eckart Rohlfs. He told DW the German Music Council had determined back then that the country was apparently failing to do enough to ensure the orchestras associated with its many cultural institutions would be able to find enough properly trained musicians.

"By the early 1960s, people had had good experiences with youth piano competitions," co-founder Rohlfs explained, adding that his thought was, "Why don't we try that for other instruments? So a number of associations and music academies got together, and the contest was initiated in 1963." 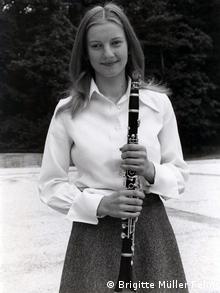 Now a star: clarinettist Sabine Meyer won the contest in 1975

What began as a way to help young orchestral musicians has developed over the course of five decades into a showcase for young musicians in a wide variety of genres - including some types popular music of late. Success at Jugend musiziert can easily herald the beginning of a bright career. Renowned violinist Anne-Sophie Mutter participated at age 11, dazzling with her virtuosic interpretation of "Zigeunerweisen" by Pablo de Sarasate.

Mutter won the competition in 1974 and would play for conductor Herbert von Karajan two years later. He laid the groundwork for her future as an artist.

Tabea Zimmermann also put herself up against the competition at Jugend musiziert, going on to become one of the world's best violists.

Those two women's exceptional careers can be matched by few, however. While winning the competition does not guarantee fame, it can open doors when it comes to music academy applications or getting a seat with prominent teachers. 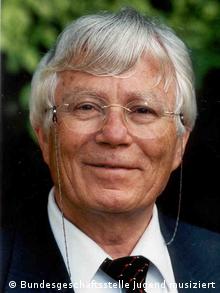 Jugend musiziert can be credited in part with the staggering growth in Germany's music schools in the last 50 years. In the mid-1960s, the country was home to 100 such institutions; today there are nearly ten times as many. Co-founder Eckart Rohlfs sees further advantages: "The contest is one thing, the other is what happens afterward with the young people who have shown that they are out to make music of high quality. Today, we have hundreds of youth orchestras in Germany that would be unthinkable without the chance to qualify in advance in contests. Or in chamber music: never before has there been so much rehearsal in groups. It's less about the prize money and much more about the lasting effect of instruction, joint concerts and concert tours."

The prize-winners develop international contacts, said Rohlfs, adding that they have access to a kind of European federation of youth music competitions in countries including Belgium, France and beyond, where similar institutions have developed.

Overseeing the competition for 33 years, Eckart Rohlfs says he witnessed a significant increase in the performers' proficiency - thanks to former winners who went on to become role models. "They played more and more difficult works, and the music teachers oriented themselves around that. That was highly motivating both for the pupils and the teachers." 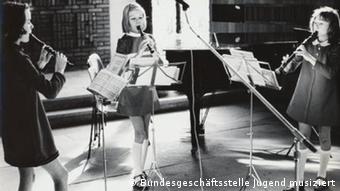 High concentration: a recorder trio from the 1960s

Stress at the competition

Participating in Jugend musiziert is an honor, but the contest also puts pressure on teachers and schools to prepare the young musicians adequately. Many factors have to come together for a young person to succeed, including the parents, who need to be prepared to support their children's musical education. Ideally, they should also be prepared to be present with their sons and daughters at the regional, state and, ultimately, at the national level. The young musicians often struggle with stage fright, so coping strategies and the support of loved ones can help.

Prizewinner Anne-Sophie Mutter talked in a Radio Bavaria broadcast about her experiences with stress at the contest, saying, "Back then there were people in my category - the children's group - who developed nervous ticks. That was the start of my lasting aversion to music competitions. I'm with Ravel, who, I believe, said that contests are for horses, not for musicians."

A number of teachers agree. They will only support pupils on the way to Jugend musiziert provided the young talents definitely want to see how they measure up to other performers and also have good control of their nerves. It's up to the jury to decide how a player did, and when the results are deficient, competitors have to deal with their disappointment yet be prepared to continue with their instruments nonetheless. 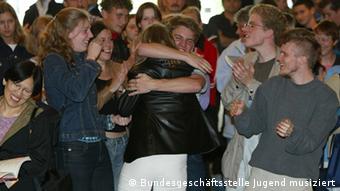 After each year's competition, Jugend musiziert's organizers take stock, looking for ways to develop the event further. A vocal category was introduced in 1993, and since 2011, there's also been a pop vocals category.

The pop genre at Jugend musiziert remains controversial, however. Critics say it's unlikely to reach the customary level of competition and, as such, waters down the brand. The question also rises of where to draw the line.

"This fall at a central committee meeting, we'll be considering whether to continue it," said Reinhard von Gutzeit, a key Jugend musiziert organizer for 22 years.

The contest is not open solely to German residents but is also open to pupils in German schools abroad. This year saw 18,000 applicants. It's unlikely that the number will drop next year, when Jugend musiziert celebrates its 50th full anniversary.

The world's only pan-Arab youth orchestra met in Berlin to make music together. But the young musicians also discussed the situation in their home countries - politics, hopes and fears. (08.08.2013)

Even in early childhood, Claudio Abbado was overcome by music's magic. The world-famous conductor is known not only for his musical talents, but also for social engagement. He celebrated his 80th birthday on June 26. (27.06.2013)