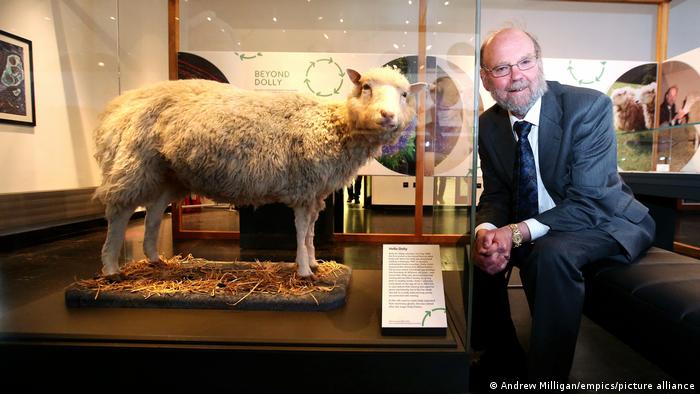 Twenty-five years ago today, a sheep named Dolly became the first animal to be cloned, using an adult somatic cell.

The Dolly experiment blew up in the news across the globe. It changed the world of stem cell research ― and on a more personal level, kept the institute that hosted the experiment alive.

"From a personal point of view, one of the most important things that came from Dolly was the survival of the research institute that I work in," Alan Archibald, who was part of the 1996 experiment facilitated by the UK's Roslin Institute, told DW with a laugh.

"We were facing government cuts. And the money we made by selling the intellectual property to Dolly kept us going until we found alternative sources of money."

How Dolly was cloned

Dolly was cloned using a cell taken from another sheep's mammary gland. She was born in July 1996 with a white face ― a clear sign she'd been cloned, because if she'd been related to her surrogate mother, she'd have had a black face.

Researchers named her Dolly after Dolly Parton, who is known for her large "mammary glands" ― breasts.

Dolly was the only baby sheep to be born live out of a total of 277 cloned embryos.

She gave birth to six babies and died of lung disease at the age of six.

"It changed the scientific world's view about how flexible [cell] development was," said Archibald. "There was a view that once a fertilized egg had developed into a multicellular animal, into liver cells and blood cells and brain cells, for those…cells, that was it, it was a dead end. There was no way back to alternative places for those cells to be. So the reprogramming that was critical to the Dolly experiment stood long-standing scientific dogma on its head."

This is likely the most important development in stem cell research to result from Dolly's cloning, Dr. Robin Lovell-Badge, who heads the Stem Cell Biology and Developmental Genetics Laboratory at the Francis Crick Institute in London, told DW.

IPS cells offer a way to model human disease and are currently being used in biological research about premature aging, cancer and heart disease.

Although a human embryo was successfully cloned in 2013, there's been no progress made so far to clone an entire human being.

But monkeys have been replicated: in China, Zhong Zhong and Hua Hua became the first primates to be cloned using the Dolly technique in January 2018.

Out of nearly 150 cloned embryos, the monkeys' surrogate mothers were the only ones to deliver live babies.

Some progress has also been made to clone animals on the verge of extinction. US researchers successfully cloned the black footed ferret in 2021 and the endangered Przewalski's horse in 2020.

Efforts are currently underway to clone the wooly mammoth, the giant panda and the northern white rhino. 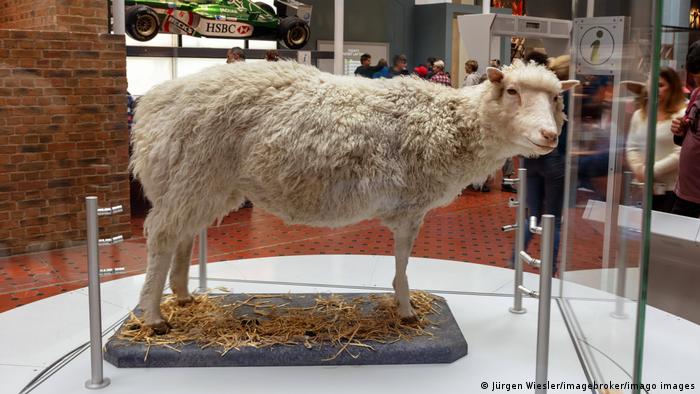 The US Food and Drug Administration allows the cloning of cattle, pigs and goats and their offspring for the production of meat and milk. In 2008, the agency said the food is as safe as food derived from non-cloned animals ― and thus doesn't need to be labeled.

It's unclear how much meat and milk derived from cloned animals is sold in US markets.

The practice isn't allowed in Europe ― in 2015, the European Parliament voted to ban the cloning of all farm animals.

"The field where the cloning procedures are actively being pursued (including in Germany) is for agricultural animals as a way to help generate or propagate pigs or cattle with valuable genetic characteristics," he told DW.

For example, he said, cells from an animal could be edited by scientists. Then the cloning methods could be used to derive animals carrying the new genetic trait, such as disease resistance, or to make them more suitable as organ donors for humans.

A small industry has been created around the cloning of pets. Examples include the company ViaGen in the US, Sinogene in China, and ​​Sooam Biotech in South Korea.

Snuppy the dog was cloned in 2005 in South Korea, Garlic the cat in July 2019 in China, and US singer Barbra Streisand's Miss Violet and Miss Scarlett after her dog Samantha died in 2017.

"The justification for doing this is to ‘replace a lost much-loved pet'," said Lovell-Badge. "However, this is nonsense."

He said that although it's true that the cloned animal will essentially have the same genomic DNA as the original pet, animals "aren't simply a product of [their] DNA."

Even if the cloning is successful, an animal's nature is partly determined by its genes, but also by its environment, which means a clone will never be the exact same as the original animal, he said. 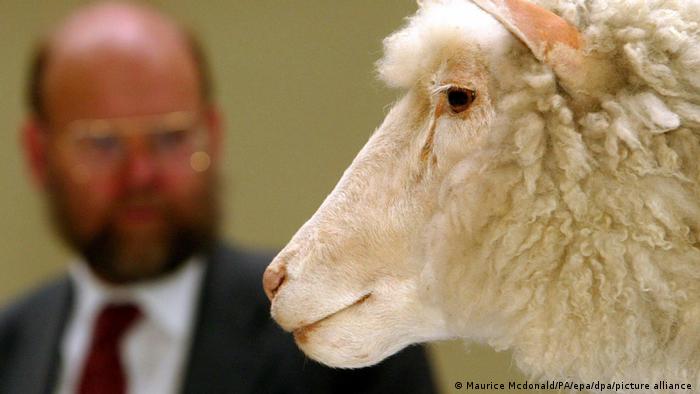 Archibald added that although cloning technology is more efficient now than when Dolly was made, the process is still pretty inefficient.

"You would need a lot of female individuals to lay the eggs that would be used in the process," he said.