With an exhibition about West Berlin proving hugely popular and the hip C/O Gallery recently relocating to the Zoo station area, the former West Berlin is shrugging off its stuffy image. 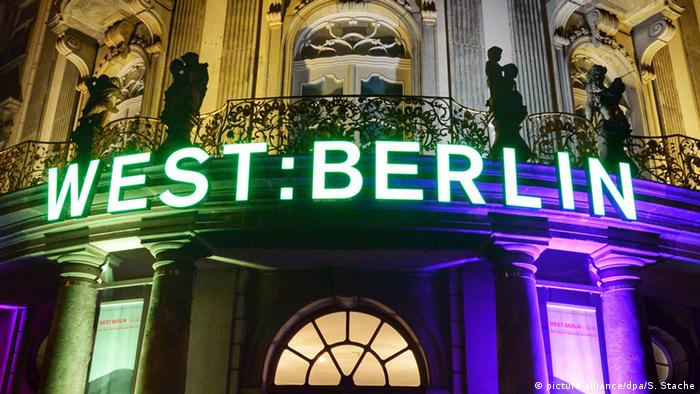 What did the original Café Kranzler look like? And when exactly was it that Rolling Stones fans tore apart the Waldbühne? 25 years after the Wall came down, Berlin is currently wallowing in memories of West Berlin's heyday, when the RIAS (Radio in the American Sector) ruled the airwaves and young West Germans fled to West Berlin to escape military service.

Perceptions are changing. Landmarks that used to be considered ugly, such as squat 1950s buildings, are increasingly admired as icons of modern postwar architecture. Some such buildings now house high-end malls, such as the Bikini House near the Memorial Church.

Between panda bears and post-war architecture 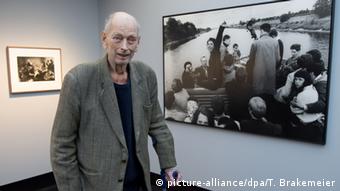 This year's commemorations of the fall of the Wall were largely centered in the East, but the exhibition "The Island Looking for the Mainland" at the Ephraim Palace museum takes a wistful look back at West Berlin's days as the"showcase of capitalism." On more than one occasion, the venue has had to close early due to overcrowding.

Meanwhile, the famed C/O Gallery has moved from the east to the west of the city. The first exhibition in the new premises in America House was the work of Will McBride, who captured the spirit of post-war Berlin, complete with mountains of rubble, ice cream parlors and the Wannsee beach.

The exhibition leaves no stone in West Berlin's history unturned, recalling the stuffed panda Tjen Tjen - a gift from Chancellor Helmut Schmidt to the Berlin Zoo - the corruption that once gripped the city government and of course taking a fond look at West Berlin's legendary arts and culture. Not to mention the Berlin Wall. Gracing the entrance is a loudspeaker for the "Studio at the Barbed Wire Fence," which the Senate used to broadcast messages to the East until 1965. A reminder to visitors not to glorify old times, perhaps.

The actor Ilja Richter recently screened his debut documentary as part of the exhibition. It's about the fabled Hotel Bogota, which was forced to close in 2013. In the film Richter criticizes how Berlin is dealing with its historic architecture.

"When I stroll down the length of the Kurfürstendamm I see one atrocity after the other," he complains. That old cinemas have been converted into temples of conspiciuous consumption appalls him. Not that he longs for the past. "Berlin has never been so beautiful, so international, so cosmopolitan as it is now," he says. 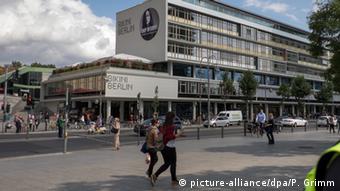 Exhibition curator Thomas Beutelschmidt is delighted by the popularity of the exhibition. Even Israeli TV is suddenly interested in West Berlin. "The entire focus switched to the East after the fall of the Berlin Wall," he says. In the last four or five years, however, the pendulum has swung back. "People are once again recognizing what West Berlin was and is worth."

Beutelschmidt doesn't approve of the term 'Westalgie' because he feels that in the West, the transition to unification was a process rather than a drastic systemic change, as it was in the East. In its dying days, West Berlin was completely self-obsessed. "The peaceful revolution pushed down the wall from the east side, but in some way also liberated the west," he points out.

Historian Hanno Hochmuth from the Centre for Contemporary History in Potsdam points to the many new books and photobooks about West Berlin as further evidence of the new interest in the area now known as City West. He has also identified a catch-up movement in the West: in terms of tourism, the myth of West Berlin is as much a facet of the city's story as the Berlin Wall and Nazi history - and one that fits the current image of the city well.

The Renaissance of Berlin City West