With just one year to go before the 2020 Summer Olympics, host city Tokyo would like you to believe that preparations are going according to plan. However, a number of crises are causing headaches for the organizers. 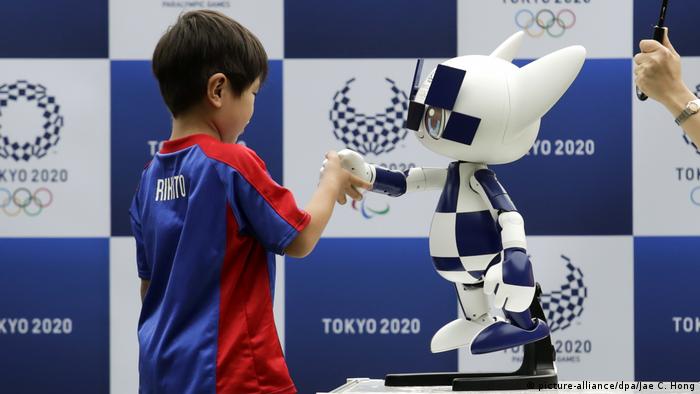 When the sun sets in Tokyo these days, there's a new feature that stands out in the city's skyline. At 634 meters (2,080 feet) the Skytree is the second-tallest building in the world, and at night it is lit up in the colors of the five Olympic rings — a reminder that on Wednesday it will be exactly one year until the start of the Tokyo Summer Games.

Heading into the home straight, the organizers are keen to put a brave face on their preparations for the event. Earlier this month, they announced that construction on the venues was 90 percent completed. And back in May, visiting representatives of the International Olympic Committee (IOC) were careful to praise the organizers for the progress they had already made.  Even last year, IOC President Thomas Bach declared that he could not remember a previous host city having been better prepared. So everything would appear to be on track.

With just a year to go, Masa Takaya's main job is to maintain this image. One afternoon in early July, the organizing committee spokesperson stood at the window of a high-rise building in Tokyo's port area and surveyed the almost completed construction sites in the Olympic district.

"This is meant to be an Olympics for everyone," Takaya said. "Everyone should benefit."

He added that the organizers would only consider the Olympic Games to have been a success if they manage to achieve this goal.  He may have found the right words – but they sounded like he was reading from a carefully crafted script. 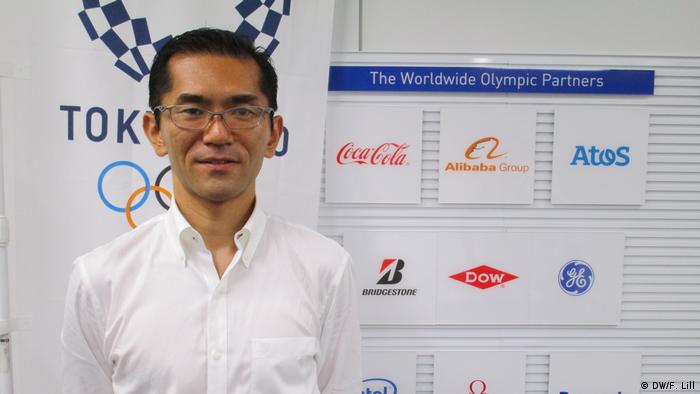 Has his work cut out for himself: Tokyo Organizing Committee spokesperson Masa Takaya

It seems that his job is taking its toll on Takaya, a wiry amateur triathlete. For years he's been the guy who has had to face the press whenever there have been unsavory questions to answer about the upcoming Tokyo Games – and there's certainly been no shortage of them.

Take, for example, the case of Tsunekazun Takeda. For the past three years, French public prosecutors have been conducting an investigation into the chairman of the Tokyo bid team, who, until the end of June, was also the head of the Japanese Olympic Committee (JOC). Takeda is suspected of buying votes to secure the right to host the 2020 Games. And accusations of corruption are by no means the organizers' only problem.

There are also the skyrocketing costs. The cost of hosting the Games was originally estimated at $6.6 billion (€5.9 billion) – with not a cent to be footed by the taxpayer. However, three years ago, a commission of experts convened by Tokyo Govenor Yuriko Koike put the price tag at $30 billion – a portion of which would most certainly have to be picked up by the taxpayer. Since Japan's national debt already amounts to more than 200 percent of the country's gross domestic product, entire future generations are bound to be saddled with paying off the 2020 Olympic bill. 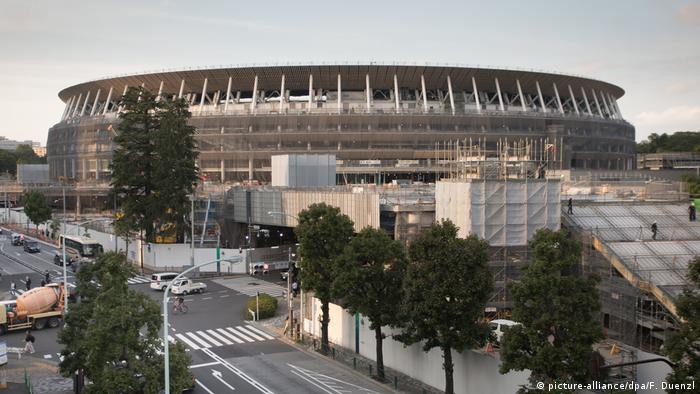 But Takaya prefers to focus on the infrastructure benefits.

"Many of the facilities were already used in 1964 and are now being modernized. After those Games, the people benefited from them for half a century, and we are sure that people, young and old, will again recognize the value of the Olympic Games."

The obvious question is; at what price?

"We still don't think that taxpayers' money will be used to pay for the Games," Takaya said. "They are being financed by sponsors. Tax money is needed to renovate the stadiums, but we don't regard such work as a cost, but rather as an investment that Tokyo will benefit from for years to come."

Working without a contract, low wages

A shadow has also been cast over how Olympic facilities are being constructed. In May, Building and Wood Workers' International (BHI), the global federation of construction industry trade unions, published a frightening report. It found that workers were being forced to work up to 28 consecutive days and half of them didn't have a written contract. Some are said to have had to pay for their own safety gear – and two workers have died on the job.

An evening in early July showed just how disappointed an entire industry has been by the preparations for the Tokyo Games. A handful of construction workers gathered at the offices of the National Federation of Construction Workers' Unions to talk about life on the Olympic building sites. Most of them were over 60 and still working because their old-age pensions aren't enough for them to make ends meet.

"Five years ago, when the work began, they promised us that there would be a boom. But wages are still just as low as before," said one of the workers, a 62-year-old man with a grey beard. "We work like an assembly line. We can't go home every night until everything is finished. They want us to apply cement, even when it rains; even though that isn't the way it should be done."

Another, who is over 70, said that when things go wrong, like a pole for the sailing facility coming loose, they are told to simply keep on working.

"I used to be proud that I worked on the Olympics. But now I'm just angry," he said, adding that when the Games start in a year's time, he certainly won't be watching. 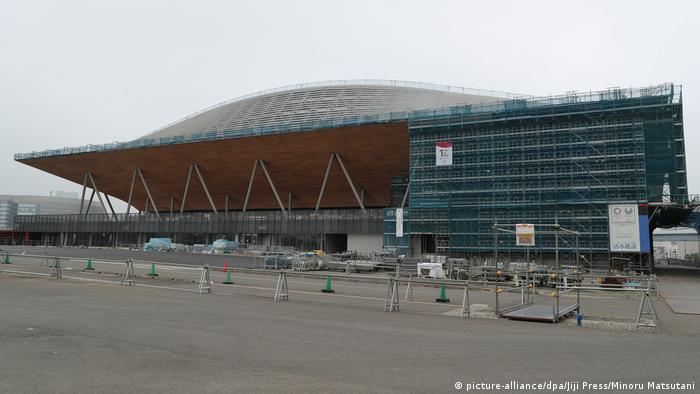 Taxpayers to foot the bill

The man who chaired the committee that put the estimated cost of hosting the Games at $30 billion is Shinichi Ueyama, a professor of public administration at the renowned Keiko University. He seemed somewhat satisfied as he reported that his committee's recommendations had since cut the estimated cost to around $20 billion.

"Most of the savings were achieved through the reduced capacity of the indoor swimming pool and on the construction sites," he said.

So does this mean the taxpayer is off the hook?

"Nobody believes that, Ueyama chuckled. "The entire responsibility for the financing lies with the Tokyo metropolitan government."

So not only the costs of the stadium buildings will have to be borne by the citizens of Tokyo, but also other expenses such as shuttle buses, the power supply or outfitting the Olympic volunteers.

Asked whether he personally was still looking forward to the Olympic Games, the professor paused for a moment.

But he also said he wasn't so sure that a cosmopolitan city with Tokyo's infrastructure really needs these new, expensive facilities.

A new estimate commissioned by the freshly elected first-ever woman governor of Tokyo says the 2020 Tokyo Olympics could cost four times the original estimate. Officials have been sent back to the drawing board. (21.10.2016)

Less than 18 months ahead of the Olympic and Paralympic Games in Tokyo, visitors are still struggling to comprehend the "Japlish" that the locals say is completely understandable. Julian Ryall reports from Tokyo. (08.04.2019)

Tokyo struggles with smoking ban ahead of Olympics

Japan's capital city is fuming over an anti-smoking bill ahead of the 2020 Olympics. Previous Olympic host cities have passed anti-smoking measures, and the IOC and WHO are hoping for the same in Tokyo. (02.05.2017)