Inter-Korean relations sank to a low that had not been seen in decades this year. As South Korea conducts more live-fire military drills, North Korea threatens to wage a 'sacred' nuclear war. 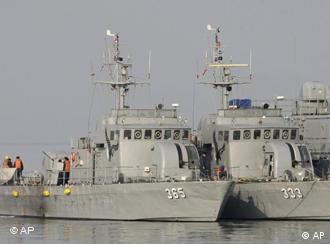 South Korean ships at a floating base near Yeonpyeong Island, where marines have been conducting drills

The normally busy streets of Seoul came to a halt during recent air raid drills.

The practice occurs every month, but after North Korea's deadly shelling of Yeonpyeong Island, the threat of war seems much more serious now for many Koreans.

The tension this year began with the sinking in March of the South Korean navy vessel, the Cheonan, which killed 46 sailors. 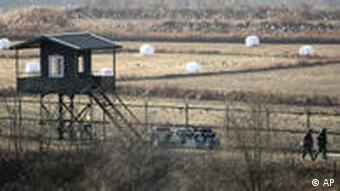 As a result, conservative South Korean President Lee Myung Bak took an even harder line on North Korea's Kim Jong-il regime, cutting off business ties and pushing for international condemnation at the UN.

Clear motivation for shelling of Yeonpyeong

But just as relations seemed to be improving this fall, artillery fell on Yeonpyeong Island.

"North Korea is not receiving aid from South Korea and the United States, and it makes them increasingly dependent on China. They are not desperate but they are dependent on China and don’t want this, so they are trying to create tensions," he explained.

Lankov added that if Pyongyang, which is currently in the midst of a power transition, thought Washington and Seoul felt threatened enough, they would have no choice but to resume engagement and start handing out material support. 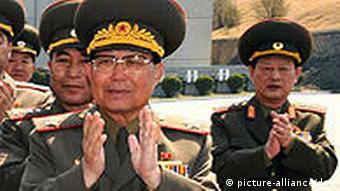 "Need to engage in dialogue"

Chung Dong Young, a former South Korean minister of unification and a lawmaker in the main opposition party, said that the attacks this year had only been made possible because of President Lee’s stance on the North.

"If we really want to prevent war, we need the courage to engage in dialogue." he said. "With a dialogue, there would be no sound of gunfire. The Yeonpyeong shelling broke out during an absence of dialogue and in a heightened state of tension. For the stability of the Korean Peninsula, we should immediately resume talks." 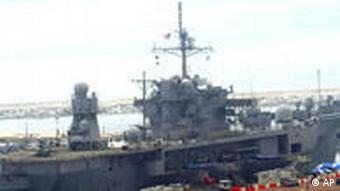 But Chung added that it was not only South Korea's responsibility to engage the North. He said the US has also failed to recognize Pyongyang’s overtures.

Earlier this week, North Korea reportedly told a visiting US politician that it would allow inspections of its nuclear facilities, a move seen as a way to jumpstart the stalled six-party denuclearization talks.

But for now, both Washington and Seoul seem reluctant to re-engage. South Korea has vowed it will not tolerate any further provocations from the North.

Lankov predicted that there would be more such provocations. "Maybe in late spring. This time, maybe for the first time in decades, there are good reasons to be afraid, just slightly afraid, of a real Korean War, because the public mood in South Korea is extremely tense."

He thought that this tension could push Seoul into striking back harder than ever before.

The South Korean army has announced another set of live military drills for Thursday. The ground and air firing exercises will take place at a firing range in Pocheon, some 20 kilometers away from the mainland border. (22.12.2010)

North Korea has not retaliated against South Korea's live-fire drills on the island of Yeonpyeong. Instead, Pyongyang on Tuesday apparently offered to allow nuclear inspectors back in after kicking them out last year. (21.12.2010)

North Korea has said it sees no reason to retaliate over South Korean exercises on the island of Yeonpyeong, and has offered to reengage with UN watchdogs over its nuclear weapons program. (20.12.2010)