20 years of ′Black Wednesday′: How George Soros toppled the Bank of England | Europe | News and current affairs from around the continent | DW | 15.09.2012

20 years of 'Black Wednesday': How George Soros toppled the Bank of England

Financial speculators bet against states‘ weaknesses. Two decades ago, George Soros took this principle to the extreme and toppled a central bank. 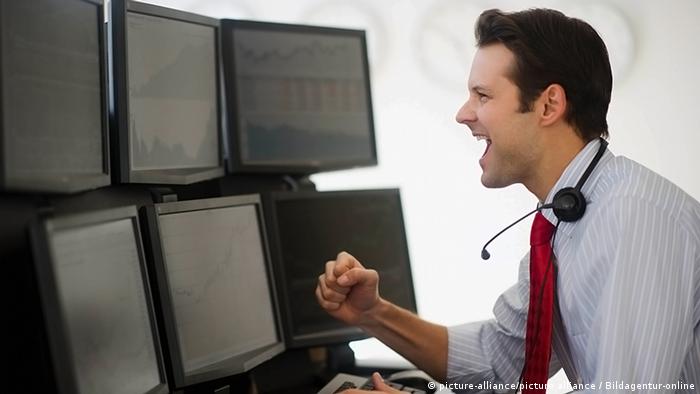 Some celebrate George Soros as the prophet of the financial markets, others see him as a ruthless stock market juggler. He himself prefers to paint a picture of a philanthropist who helps states identify their weak spots so they can eradicate flaws, and who uses these weak spots to accumulate more wealth for himself. Today, Forbes magazine estimates his fortune at more than 14 billion US dollars. 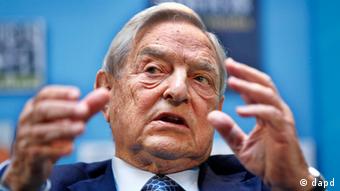 US investor and billionaire George Soros

Back in 1992, when it came to the number of its member states, the European Union was a smaller version of what it is today. Germany had only just invested huge sums of money to complete reunification between East and West Germany, which was causing a lot of turmoil in the political and economic structures of the 12 EU member states.

Due to Germany’s huge debts, inflation was on the rise. In an attempt to limit inflation, the German central bank, the Bundesbank, raised its prime rate. The bank was still in a position to do so because the EU member's central banks were still nationally independent. The EU member states were united in the European Monetary System (EMS), whose core element was the exchange rate mechanism, which was aimed at stabilizing individual countries’ exchange rates within a certain limit.

When Germany raised its prime rate, other countries had to follow suit to avoid appreciation of their own currencies. The British Pound in particular was consequently heavily overvalued at the time. In addition, the US dollar was losing value, and so Europe, and above all Britain, was under pressure.

George Soros seized the opportunity. Born in 1936 in Hungary, where he studied economics, he had emigrated to the US with 5,000 dollars (3,800 euros) in his pocket and had quickly become a rich man with financial speculating deals. In 1992, Soros noticed that the British government was under heavy pressure. He assumed that Great Britain was either going to massively devalue its own currency or that it was going to leave the EMS.

In addition, the British budget was in a bad state. Together with other investors, Soros invested big amounts of money to weaken the British pound. He did so by swapping pounds for other European currencies such as the deutschmark or the French franc. 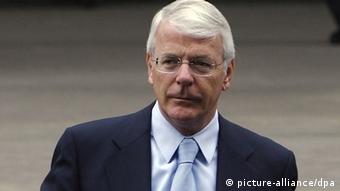 The Bank of England had to react and bought large amounts of pounds sterling to support its currency. But to no avail. The Bank then raised interest rates from 10 to 12 percent, in an attempt to lure investors into buying pounds and stabilizing the currency. A few hours later, the Bank had to announce interest rates of 15 percent. But Soros and his investors still didn’t take the bait. They just waited. At 7 p.m. the same day, the British Treasury announced that Britain was leaving the European Monetary System. This day has since become known as ‘Black Wednesday’ in Great Britain’s history of finances. The intense devaluation of the British pound earned Soros a billion dollars. A legend was born.

Gambling to the max 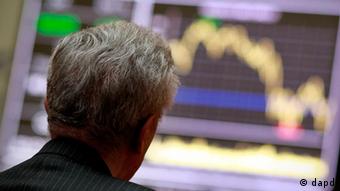 Spain has to pay a high price on the financial markets

Until he retired at the age of 81 in 2011, Soros continued working nonstop, making a profit from countries’ weak spots. Many others have since jumped on the bandwagon. In the current euro crisis, financial speculators are often used as scapegoats.

Politicians blame them when countries have to pay enormous interest rates to get money on the financial markets. But blaming speculators means that most politicians ignore the fact that rather than created by speculators, crises are simply used by speculators. It’s up to politics to set up strict rules that speculators have to stick to.

Over the last two decades, the volume of speculation has increased many fold. Financial instruments are used to bet against rising and falling prices of currencies, natural resources and government bonds. Just like 20 years ago, there’s still a lack of mechanisms that would help European countries in crisis avoid this kind of speculation. At the end of the day, the only option for governments is to get their ailing budgets in order. Or else, they take a risk that speculators always win.