Half of the whales were already dead by the time a hiker found them on a beach on New Zealand's Stewart Island. The Department of Conservation then had to make a "heart-breaking decision." 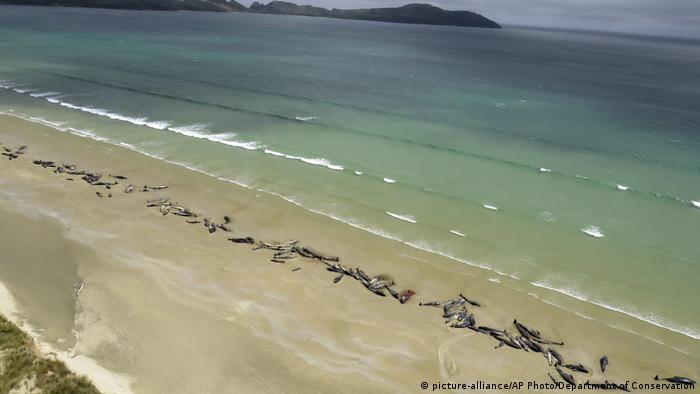 Up to 145 pilot whales that were stranded on a remote beach on the southern tip of New Zealand have died, the country's Department of Conservation (DOC) said on Monday.

A hiker found the two pods late on Saturday on Stewart Island. Half of the whales were already dead by the time he arrived.

The DOC decided to euthanize the remaining whales, DOC manager Ren Leppens said. The remote location and lack of nearby personnel meant successfully refloating the whales was highly unlikely.

"It's always a heart-breaking decision to make," he said. 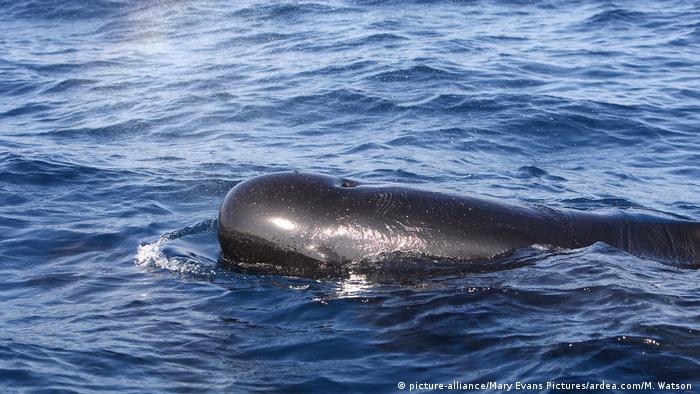 Mass strandings of pilot whales are rare in New Zealand

The DOC did not say what had caused the stranding, but added that sickness, predators or extreme weather could have been factors.

In a separate case, 10 pygmy killer whales stranded themselves on a beach in the north of the country. Rescuers were unable to save two of them, but said they hope to re-float the remaining whales on Tuesday.

The DOC said it responds to an average of 85 mammal stranding incidents a year. Most of them involve a single animal rather than a large pod.

More than 300 pilot whales died in 2017 after they were stranded on a beach on the northern tip of New Zealand's South Island.