Shiva Keshavan is a luge athlete in a country without a single luge track. Inspired by the film "Cool Runnings," the Indian Olympian dodges livestock and rickshaws on the road to the Winter Games. 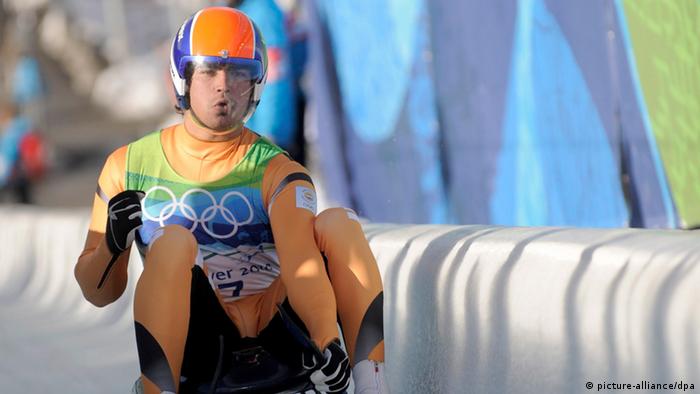 When Indian Olympian Shiva Keshavan, 32, launches onto luge tracks in Europe, digital sensors and cameras monitor his speed as he races down glassy smooth ice.

Training at home, however, is a far more rustic affair.

India does not have a single luge facility, so Keshavan slaloms past lorries, rickshaws and herds of woolly mountain sheep as he races down busy Himalayan roads at a hundred kilometers per hour on a sled modified with wheels.

"Close calls are pretty much the norm in this sport," said Keshavan via Skype from Sochi on Monday, just hours after arriving. "You get animals, traffic, even people driving in the wrong direction. But I'm confident of my ability and I've never been injured." 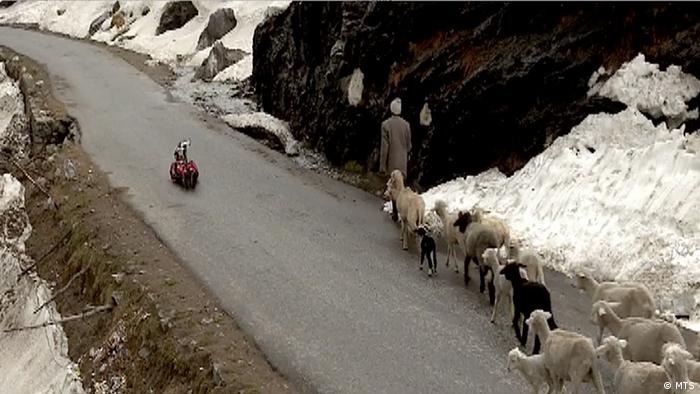 India's sole Olympic medal hopeful at this year's winter games already has an impressive string of successes behind him: two Asia Cup gold medals, one silver and one bronze, and he's broken Asian luge speed records.

But he's done it with hardly any support from India's scandal-ridden Olympic Association. Instead, he's borrowed sleds at competitions, or built them himself, specially ordering materials from thousands of miles away, carving wood, molding fiberglass, filing metal blades and getting a local car mechanic to give his finished sleds a 'nice paint job.'

"Equipment plays a huge part in our sport - a hundredth or thousandth of a second can make all the difference," he said. "The German teams are working with BMW and Porsche to develop cutting edge materials. Other teams use wind-tunnel technology to improve their aero-dynamics. It's not really a level playing field."

India is a country of 1.2 billion people, three-quarters of whom live on less than $2 a day. It has few public sporting facilities, none up to Olympic standards. In cities, including the bustling capital New Delhi, those who cannot afford private gym memberships queue up overnight to compete for limited places at public venues like Siri Fort, a manicured sports complex in the heart of the city boasting a swimming pool, tennis courts, cricket pitch, running track and golf range. Lower middle class kids play cricket in crowded lanes. India's poorest children are often homeless and malnourished. 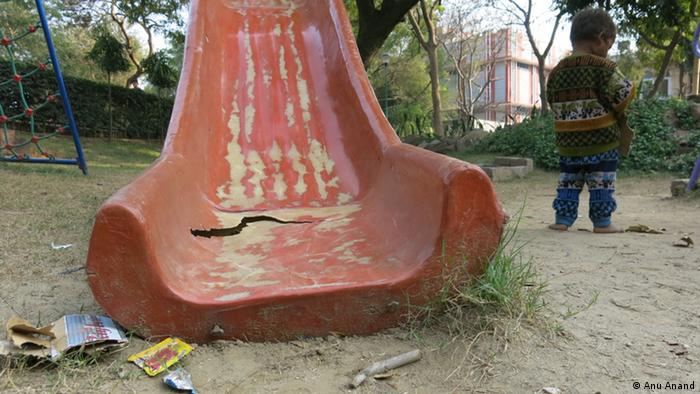 Despite its massive population, India has won only 26 Olympic medals since 1900. Three Indians have qualified this year for Sochi. Meanwhile, the United States is sending 230 athletes, the largest delegation ever in the history of the Winter Games.

Keshavan, competing in his fifth Olympics, says the odds are often stacked against Indian athletes.

"There's something completely wrong with a system that produces so few world-class athletes," he said.

Born to an Italian mother and Indian father, Keshavan grew up in Manali, a town in the foothills of India's majestic Himalayan Mountains where he learned to ski. His hero was Italian alpine skier and three-time Olympic gold medallist Alberto Tomba, known popularly as 'Tomba la Bomba' ('Tomba the Bomb').

Despite attending university in Italy, Keshavan says his loyalty was never in question. He was offered Italian citizenship in 2002 he says, but refused "because I am Indian."

If a tropical team like Jamaica could compete in a winter sport, Keshavan thought, surely an athlete from sun-baked, cricket-mad India could too?

In 1998, Keshavan, 16, the youngest luge Olympian ever, borrowed a sled from the Korean team in Nagano, Japan, competing in ill-fitting shoes and an oversized jacket.

Keshavan has even attracted donations in a virtual currency called Dogecoins, similar to Bitcoins, but worth less than a tenth of a US cent. According to the International Business Times website, Reddit's Dogecoin community donated a total of 4,473,882 in the currency to Keshavan. It's the equivalent of $7,010. But due to legal and logistical reasons, he says he has not accepted the money.

"It's a fantastic effort, people have very generous," he said. "It really is very touching." 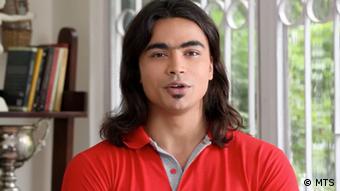 "One of the reasons you can keep going is because you have so much support from people," said Keshavan. "In Vancouver, we were the smallest team but we had the most fans - so many local Indians came to watch and support us. All these things actually give us a lot of motivation and inspiration."

And yet when he walks onto the world stage in Sochi this week, Keshavan will not be allowed to represent India.

The International Olympic Committee (IOC) has suspended India because it elected scandal-tainted officials to top posts in its national Olympic Association. The IOC said India could be reinstated if it held new elections, but India scheduled those elections for February 9, two days after the Winter Games begin.

So Keshavan will be forced to compete under a generic Olympic flag, not the Indian tricolor.

"There's no will on the part of the Indian Olympic Association to support its athletes," said Keshavan. "I really don't know what to say about it - it's disheartening."

With the Indian flag and anthem officially banned at the games, Keshavan says he may skip the closing ceremony altogether, even if he wins a medal. But there's no doubt of his commitment to his sport and country.

"Whether there's an Indian flag or not," Keshavan said. "I will have competed for India in my heart. After that, it's all symbolic."

The International Olympic Committee has suspended India from taking part in Olympic meetings and events. The suspension resulted from India's refusal to hold an independent vote when nominating officials. (05.12.2012)

Malik Afridi has cultivated his moustache to the grand proportions of 76 centimeters (30 inches) end-to-end. His hobby has brought him more than fame: Extremist threats have taken him within a whisker of death. (30.10.2013)

In a culture based on vendettas and fear of reprisals, on the Mafia code of silence, Pino Maniaci rebelled by very publicly turning this culture on its head. He produces a daily TV show chiefly dedicated to Mafia crime. (05.06.2013)