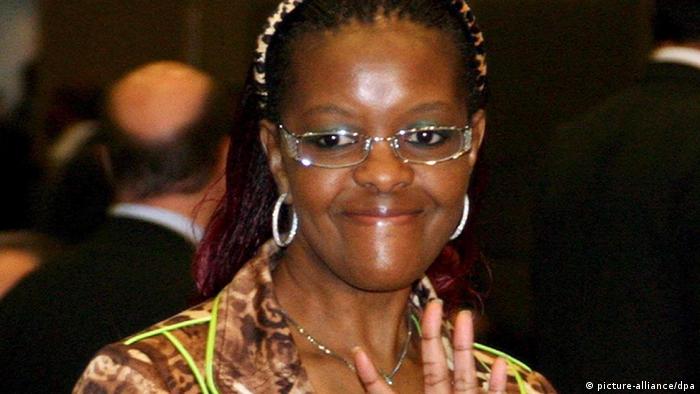 Her confirmation in the position will take place at the party congress scheduled for December this year. This would propel her into the party's powerful politburo and mark her official entrance into politics.

As a member of the supreme decision-making body the former presidential typist will play an active role in the battle to succeed her husband, who has ruled Zimbabwe since independence from Britain in 1980.

In the streets of Harare there is little talk on the ongoing developments within the ruling party, but analysts say, having recognised his advancing age, Mugabe has decided to bring his wife on board to protect family interests in the event of his departure from the political scene.

Wilf Mbanga, the editor in chief of the Zimbabwean an online magazine, told DW that Grace Mugabe is being catapulted to the top without going through grassroots levels as stipulated in the party's constitution.

"It's an open secret that it is Mugabe himself who wants to see his wife elevated to this position to protect the family business interests," said Mbanga.

"We do know that she has got a very good business sense, she has built a very big business empire in Zimbabwe which makes her a very wealthy person… I don't think she will survive the rough and tumble of politics after Mugabe is gone there are real sharks out there she has got no experience whatsoever in politics."

Pedzisai Ruhanya, an independent analyst based in Harare told DW that there was no way Grace Mugabe could step into the shoes of his husband as the next president of Zimbabwe.

"You remember in 2002 what generals said...whoever wants to occupy that office without war credentials is not possible. From that point of view Grace Mugabe does not have war credentials," Ruhanya said. 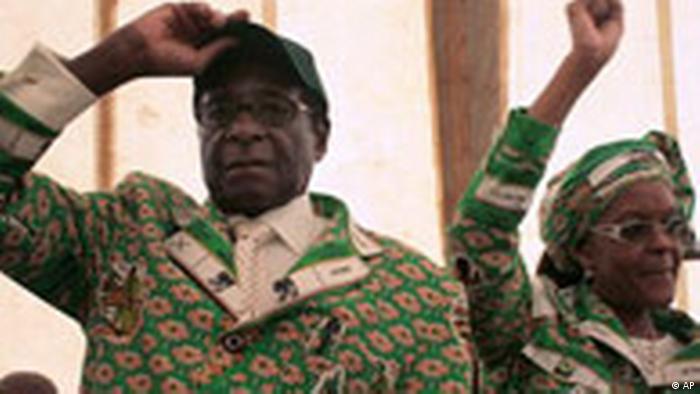 Fears of a Mugabe dynasty

There are concerns that a Mugabe dynasty could be in the making and that this could tear the ruling ZANU-PF party further apart.

But for Grace Mugabe, she believes she has what it takes to deliver and perform well on the political scene.

"Some of us have worked a lot. I will work for the country and people will be watching me. There is no First Lady in this world that has been vilified the way it has happened to me," she said after her nomination.

"But what I have told myself is that it means I am a force to reckon with. And if Britain and America say you are bad person, it means you are the best person on earth."

Uncertainty over Mugabe's succession and concerns over his age and deteriorating health have divided the government and stalled growth in the ailing economy, with investors adopting a wait and see attitude.

Zimbabwe: A year since Mugabe's re-election

Robert Mugabe was re-elected as president of Zimbabwe one year ago. Since then, he has done very little: his party is dominated by a power struggle over who will succeed him. (31.07.2014)

Jenni Williams is a human rights activist and founder of Women of Zimbabwe Arise (WOZA). A vocal critic of President Robert Mugabe, she is one of many prominent guests at DW's Global Media Forum. (02.07.2014)

Zimbabwe’s President Mugabe has returned home from what the government says was a routine health check. Journalist Wilf Mbanga explains why this has raised eyebrows. (23.05.2014)