Zimbabwe’s national football team, the Warriors, are confident they will not be a mere footnote to the 2017 AFCON. But the team have landed in a challenging group and they face an uphill battle. 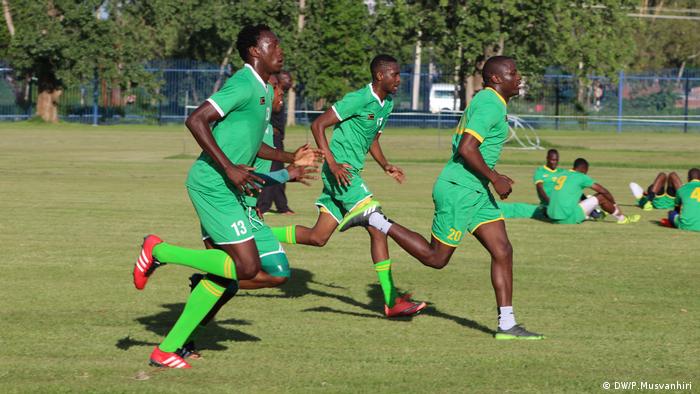 Africa's biggest football tournament, the 2017 Africa Cup of Nations (AFCON), kicks off on January 14 in Gabon. The Zimbabwe Warriors are in Group B, where they will face Algeria, Tunisia and Senegal. The three teams are among the top 40 in the world ranking of the international football federation FIFA. Zimbabwe is number 102 out of a total of 205 football playing nations.

But the Warriors want to live up to their name. The players at the training camp in Zimbabwe's capital Harare are betting on confidence and team work, even though they know that the odds are against them. Zimbabwe's captain Willard Katsande told DW that the team is ready to face the best in Africa, in spite of being told that its prospects are poor: "We are ready. We know what it takes to be there, and we know our opponents and the importance of this tournament. We know what we want to achieve and the stakes. We are focused as a team and as a country. I think we are ready to leave a mark." 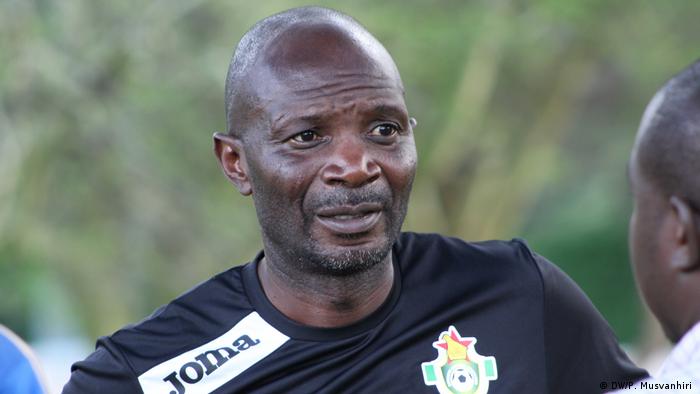 Despite a lack of adequate preparation time and friendly matches, Zimbabwe Warriors' coach Callisto Pasuwa is also confident that his team is not going to be a sideshow at the AFCON tournament: "As Zimbabweans we have the talent to match all the best players in Africa. It does not matter that we are playing against giants." Coach Pasuwa is asking his players not to sell themselves short. "Have confidence that you can do it," he keeps telling them.

At the training camp, the players are testing their limits in order to make it through to the final selection. Coach Pasuwa is expected to name his definitive team this week. Zimbabwean defender Costa Nhamoinesu, who plays for a Czech club, told DW that his team mates must not lack in self esteem: "We did not qualify by chance. We worked for it. We are going to work for positive results and possibly go all the way." The Warriors are training hard for the fight ahead

On a more sober note, football analyst Bekimpilo Nyoni sees some problems. Nyoni laments the lack of a strategy in Zimbabwe to train players from a very young age. This, he said, has affected the country's chances in international tournaments in a negative way: "We seem not have a development plan where we can say, maybe we start from developing players from under 17 and see them progressing up to the national team." Things are being left to chance, he said:. "It is like an accident, we do not really prepare for it. This is what is lacking. The administrators have to improve on this."

Gabon is only the third AFCON appearance for the Zimbabwe Warriors since the tournament started in 1957, the other two were in 2004 and 2006. In both occasions, the team didn't get past round one.

Schalke have confirmed that forward Eric Maxim Choupo-Moting will miss the upcoming Africa Cup of Nations but will be available for selection for Cameroon in the future, as club corrects initial statement. (03.01.2017)

Football brings a glimpse of hope to South Sudan

South Sudan's national football team, the Bright Stars, is preparing to face Benin in Juba on Wednesday. Amid continuing conflict across the country, football offers a glimpse of hope - with a prominent guest. (22.03.2016)

Two footballers who lit up the Bundesliga stage. Sunday left his homeland of Nigeria for the Belgian club Lüttich when he was only 15. Bachirou only played street football in his native Togo until he was 15. (14.10.2016)