Pastor Evan Mawarire has been freed after a court ruled his rights had been violated. The activist had been charged with inciting violence and then with attempting to overthrow a constitutionally-elected government. 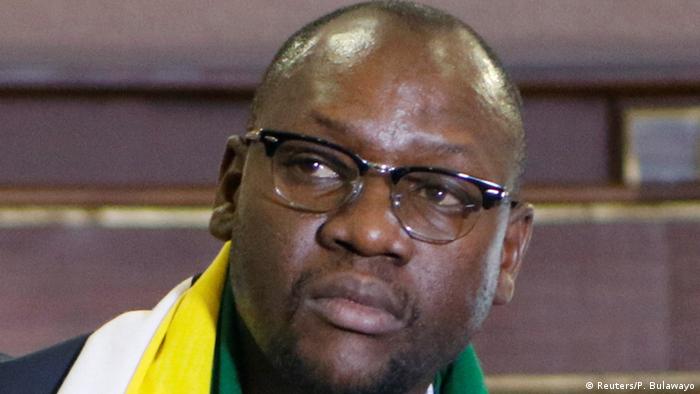 Magistrate Vakayi Chikwekwe told a Harare court on Wednesday that the decision to bring new charges in court against Evan Mawarire was unconstitutional.

Hundreds of cheering supporters greeted the pastor after Chikwekwe told the court that his "remand... is hereby refused" and acquitted him of the charges.

Mawarire had appeared in court earlier on Wednesday after spending a night in police cells while officers searched his house, church and office. The 39-year-old pastor was presented with new charges of "overthrowing or attempting to overthrow the government by unconstitutional means," according to the charge sheet.

The day before, a search warrant stated he was "believed to be in possession of a stolen police Helmet, button stick and other subversive material," with "button stick" seemingly a reference to a police baton or nightstick.

Mawarire's lawyer Harrison Nkomo said his client had faced up to 20 years in jail. He accused the state of ambushing the defense by changing the charges without informing Mawarire's legal team.

Mawarire's supporters filled the court's public gallery on Wednesday during Mawarire's appearance and they laughed when the prosecutor announced the new charges. However, they are more serious than the initial charge of inciting public violence for which Mawarire was arrested on Tuesday.

Lawyers turned up at the courthouse, offering their support to Mawarire:

Mawarire's social media campaign and video had led to the largest protests in a decade against President Robert Mugabe earlier in the month under the motto "ThisFlag."

Another shut-down protest had been called for Wednesday, but the response appeared muted as the court case became the focus of the day's events. The government has warned organizers of further protests that "they will face the full wrath of the law."

Water cannons and riot police surrounded the Magistrates Court in Harare where dozens of activists wearing the national flag sang, chanted slogans and prayed in the street outside the building.

One of those present, Harare resident pastor Ellard said: "We are here in solidarity with a man of the cloth who is standing against a system that has impoverished the citizens of this nation."

One of the organizers of the biggest protests in Zimbabwe in years has been arrested and charged with inciting public violence. Pastor Evan Mawarire is at the forefront of the "This Flag" movement. (12.07.2016)

Empty streets, closed banks - business in Zimbabwe’s major cities Harare and Bulawayo came to a standstill on Wednesday. The call for a total shut down of the country was started by activists on social media. (06.07.2016)